A court in Pécs on Friday sentenced István Kocsis, the former head of the state-owned Hungarian Electricity Works (MVM), to five years in prison on charges of fraud and embezzlement.

Two of Kocsis’s accomplices were also sentenced to prison but one of them got a suspended term.

All three are appealing the court’s decisions.

Kocsis and several others were earlier charged with signing unfavourable contracts that caused MVM billions of forints in losses.

Kocsis was acquitted by a court in 2015, but an appeals court ordered a retrial in 2016. 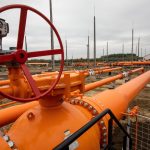