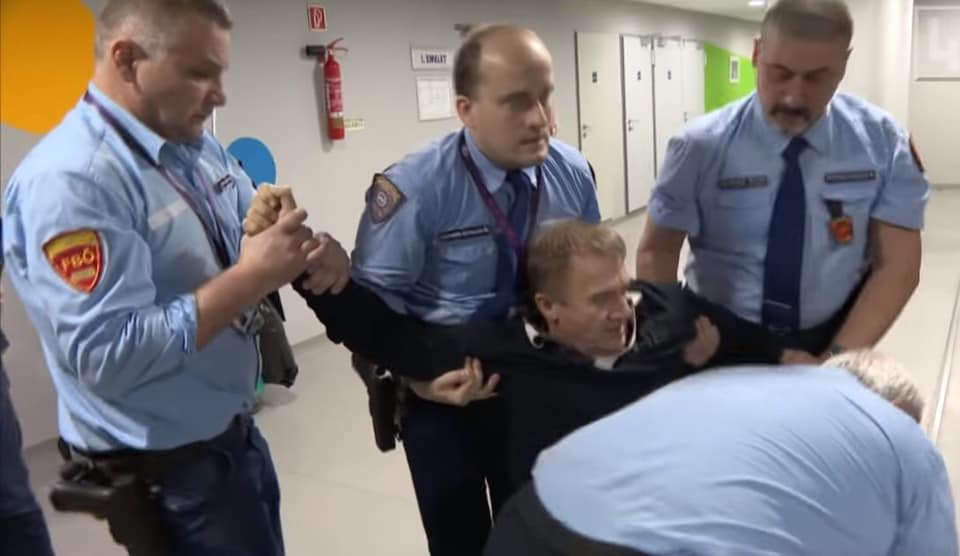 This latest ruling confirms that the MPs entering the building only exercised their rights. The Budapest-Capital Regional Court thus upheld the first instance ruling of the Budapest District Court for the II. and III. Districts. As a result, the Óbuda (3rd district) notary’s Possession Protection Order -the application of which wasn’t necessary since the MPs left the building by then- is invalid and void.

In December 2018, amid tense demonstrations against the debated overtime bill, some opposition lawmakers entered state media (MTVA) headquarters in an attempt to read out a statement on air and to talk to the head of the public media. Meanwhile, MTVA is under criticism for being controlled by the government and for failing to provide space for opposition and other government-critical voices. Security staff, however, prevented the MPs from entering any of the studios or editorial offices and later they were forcefully removed from the premises.

DK welcomed the ruling. “We hope for a fair decision in the case of László Varju as well, who is unjustly accused by the security guards of aggressive behavior while it was him who had been assaulted. We European Hungarians stand by the law and justice and do our best to ensure the application of these even in Orbán’s Hungary,” the statement concludes.

In connection with these events, another process is underway, as DK MP László Varju was denounced for allegedly attacking one of the security guards. With votes of the ruling parties MP’s, Parliament has since stripped him of his immunity.