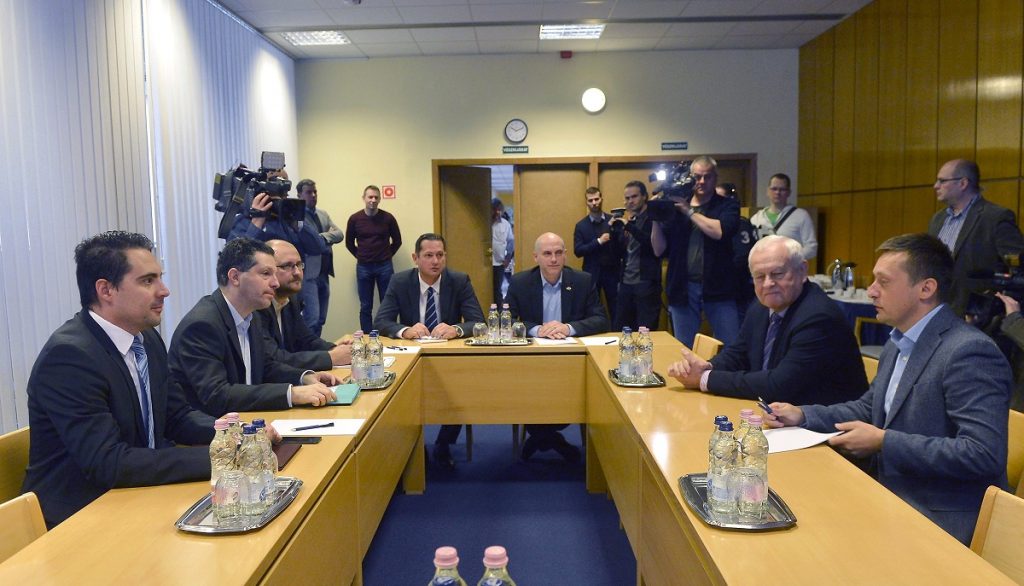 Hungary must develop a common prevention strategy, ruling FIDESZ parliamentary group leader Antal Rogán said after a five-party meeting on counter-terrorism measures. The risks that Hungary faces need to be assessed and the national security and defence committees will hold meetings next week to discuss this, he said. Additionally, a coordination forum of the party groups and the government will be set up in which representatives will have the opportunity to submit proposals, Rogán said. The fight against terrorism is a national issue and ruling FIDESZ is drafting a proposal on protecting community symbols and values, the ruling party’s group leader said.

Earlier, Antal Rogán said Christian culture is a culture of respect, which means not poking fun at another culture. “If we damage the culture of respect, this always has consequences,” he added.  The European Union is incapable of protecting its member states, and for this reason these states, including Hungary, must protect themselves, Rogán insisted. He said that whereas the discussion had not centred on immigration, FIDESZ is convinced that one of the roots of terrorism can be found in immigration. He said that illegal migration had grown by 130% between 2013 and 2014. “Hungary, from this point of view, is a transit country,” he added.

Co-ruling Christian Democrat (KDNP) group leader Péter Harrach said after Wednesday’s meeting that press freedom and free speech must not extend to blaspheming religions. This is the lesson to be drawn from last week’s tragic Paris attacks, he added. Harrach said immigration must also be identified as one of the reasons.

Radical nationalist JOBBIK leader Gábor Vona told the press after Wednesday’s five-party meeting to discuss counterterrorism that professional committees should assess whether there are links between immigration and terrorism. JOBBIK’s position is that these links exist, he said, adding that in response to public complaints, immigration detention centres should be sealed and an independent border police reinstated.

The opposition Socialists (MSZP) party leader, József Tóbiás, said the Socialists had proposed that secret services leaders should brief parliament’s police and national security committees on counter-terrorism efforts as well seeking any relevant support from parliament. They also proposed establishing a committee to prepare long-term, preventive measures to fight terrorism. He added, however, that neither the prime minister nor the government were represented at the meeting.