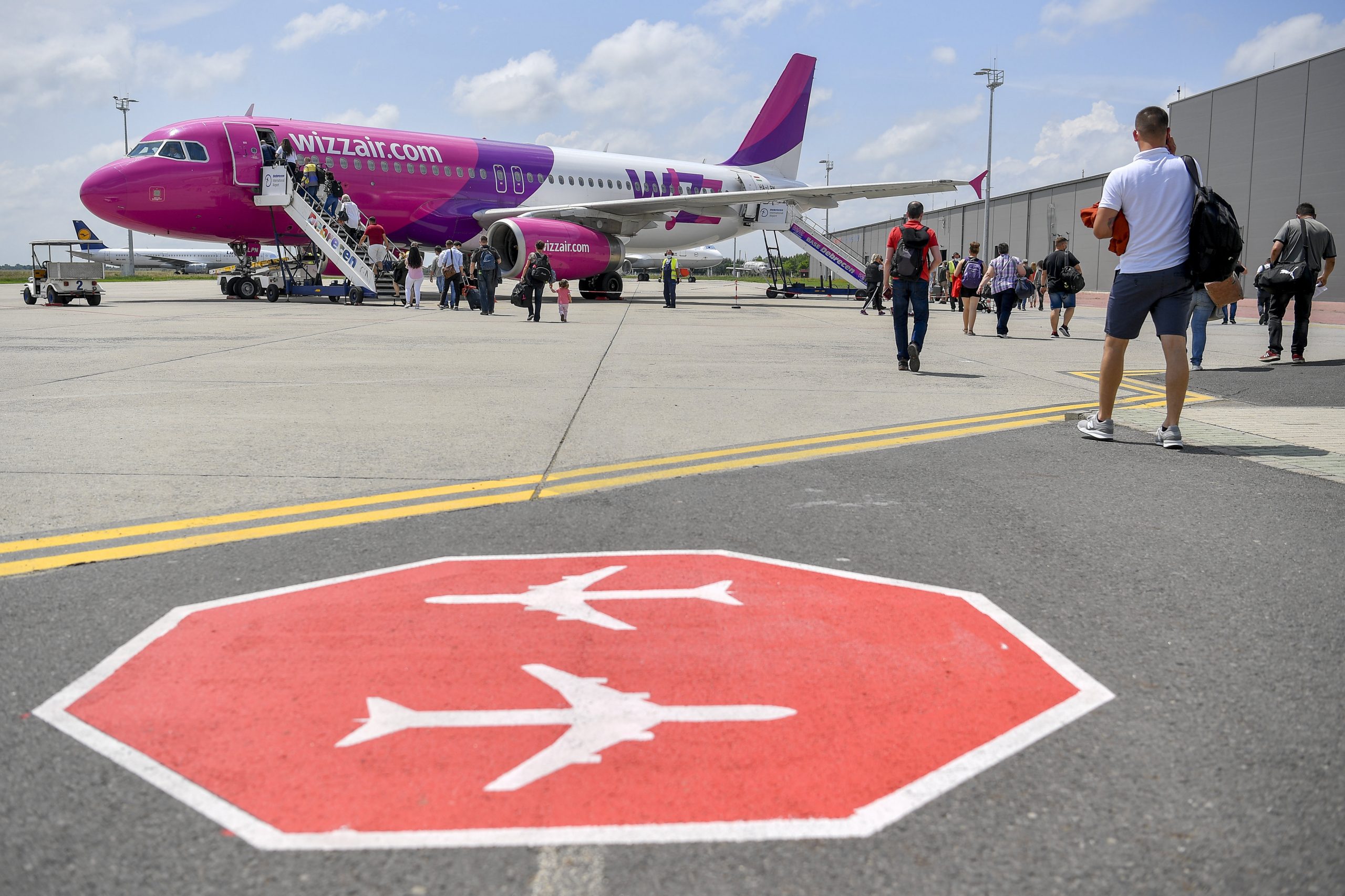 Wizzair has announced that it will significantly reduce its number of flights, and from September 7th, flights will only depart to the most frequented destinations. The low-budget airline justified the decision with the border closure.

The company had already indicated on Saturday that it will be forced to cancel some flights due to the government measure introduced from September 1st, and later reported on the details in a statement. According to this, Wizzair will first reduce its capacity of flights at Budapest and Debrecen airports to a lesser extent between September 1-6, in order to allow Hungarian passengers to return home from their holiday destinations. Then, between September 7-30, a larger degree of flight reductions is expected, during which only the most sought-after destinations will remain available to passengers.

As the announcement shows, between September 7 and 30, Wizzair will operate flights from Debrecen in only one direction: two flights a week to London Luton. There are two weekly flights from Budapest to Stockholm, Paris, Brussels, Basel, Milan, Athens, Dortmund, and Berlin, seven to London Luton, five to Eindhoven, and one each to Malta and Larnaca. No flight will depart to other destinations.

Budapest’s Liszt Ferenc International Airport is implementing new rules for passengers entering the country, the airport’s operator said on Tuesday. Budapest Airport told MTI that airport police are carrying out passport and ID checks of all passengers disembarking from all flights, as well as measuring their temperature, but this is expected to result in procedures […]Continue reading

At the same time, Wizzair also reminded passengers that to be compensated for cancellations (100 percent refund or 120 percent credit to be used on flights with Wizzair), customers should contact the company from which they purchased the ticket. So, if someone bought the ticket at a travel agency, they have to contact the travel agency.

It was also confirmed that in the event that someone is unable to fly due to travel restrictions while their flight is operating on schedule, they may cancel the ticket and be entitled to a refund for only a cancellation fee. It is important that passengers pay attention to restrictions, as they are responsible even if the rules for entering each country change between the date of purchase and the date of travel, the discount airline said in the statement.