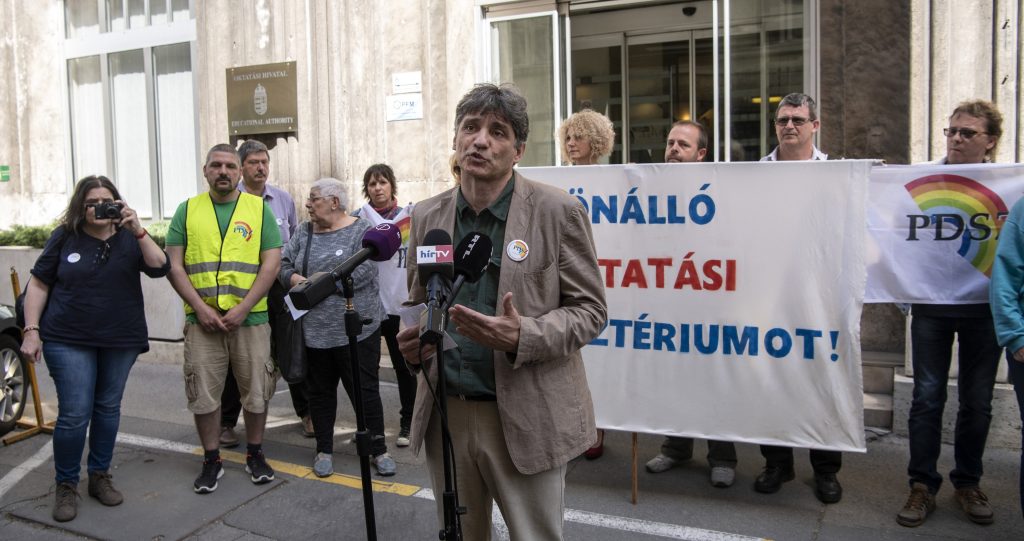 Five teacher unions have demanded an apology from the state secretary of public education, Zoltán Maruzsa, for likening, in a television interview, the PDSZ union to the one-time terrorist group, the Red Army Faction.

In a joint statement on Monday, the unions called his remark “tasteless”. Instead of putting forward reasoned, professional arguments, the government is “yet again resorting to” painting the unions as an enemy, the statement said.

The unions have expressed their dissatisfaction with the government over its decision to hold school graduation exams during the apex of the coronavirus epidemic without consulting with stakeholders. They said student and parent bodies had also spoken out against the government’s plans, decrying the timing of the announcement of the exams as well as their conditions only two and a half weeks before they are scheduled to take place.