The government’s putting a cap on the price of PCR coronavirus tests will drive several laboratories to bankruptcy because 19,500 forints (EUR 54) per test does not cover their expenses, Lajos Korózs, Socialist head of parliament’s welfare committee, told an online press conference on Friday.

On another subject, Korózs said that the committee had interviewed Katalin Novák, who has recently been nominated for minister without portfolio for family affairs, and said that the candidate had “not come up with positive answers”. Based on the interview, Korózs said that Novák would not promote ratification of the Istanbul Agreement, or increase various family benefits. 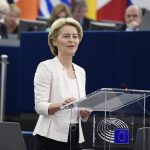