The government currently has a total 520 billion forints in EU funding at its disposal for prevention against the novel coronavirus epidemic, Socialist MEP István Ujhelyi told an online press conference on Friday.

In a Facebook post, Ujhelyi quoted EU Commissioner Elisa Ferreira as informing him that Hungary’s state budget includes two items totalling 1.43 billion euros, which the Hungarian government was to refund to the European Commission, but which could now be disbursed in the country under a Thursday EU decision.

Ujhelyi insisted that the government was lying when it said that it could no longer use those funds because those sums, as part of the 2014-2020 EU budget, were all tied up. He added that the 1.4 billion euro sum was part of a total 5.6 billion euros allocated to Hungary from the EU’s 37 billion euro aid package passed on Thursday.

The MEP spoke highly of the EU’s efforts “to intervene in the most difficult situation in its history”, trying to ensure funds for member state to fight the epidemic.

Ujhelyi called on the government “not to contradict European solidarity and to contribute to joint efforts”.

Ruling Fidesz said in a statement that “the EU has not provided any resources for protection against the epidemic”, and insisted that the Hungarian government has so far spent a total 245 billion forints on coronavirus-related measures from central coffers. 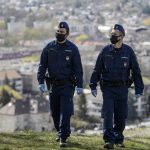