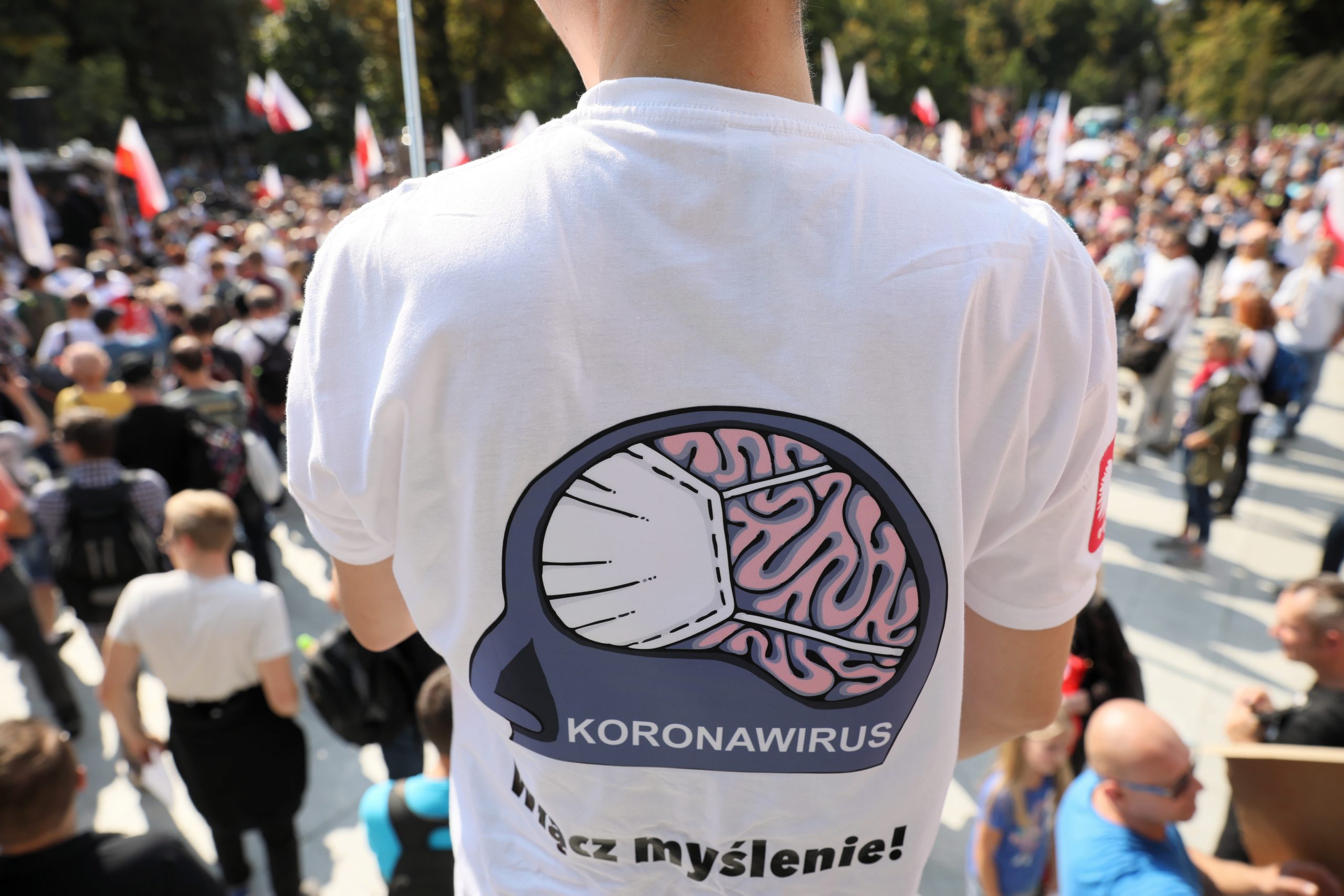 Hundreds of people showed up in Liberty Square in Budapest on Friday to demonstrate against the government’s measures to counter the spread of the novel coronavirus.

A demonstration under the name of COVID 9.11 was held by coronavirus skeptics on Friday in Liberty Square (Szabadság tér) in Budapest. Around 800-1000 people attended the event while about 30 people joined the protest in the city of Kaposvár as well.

The main organizer of the demonstration is once pharmacist then bodybuilder, lifestyle consultant, and vlogger Dr. György Gődény. Lately, he’s been sharing his mind on his Youtube channel and other social media platforms about the pandemic, claiming that masks are ineffective to stop the spread of Covid-19, the virus is not any more dangerous than the common flu and that PCR tests are unreliable often producing false-positive results.

Related article
Coronavirus Deniers: How Their Growth in Numbers Can Bring Fatal Consequences to All 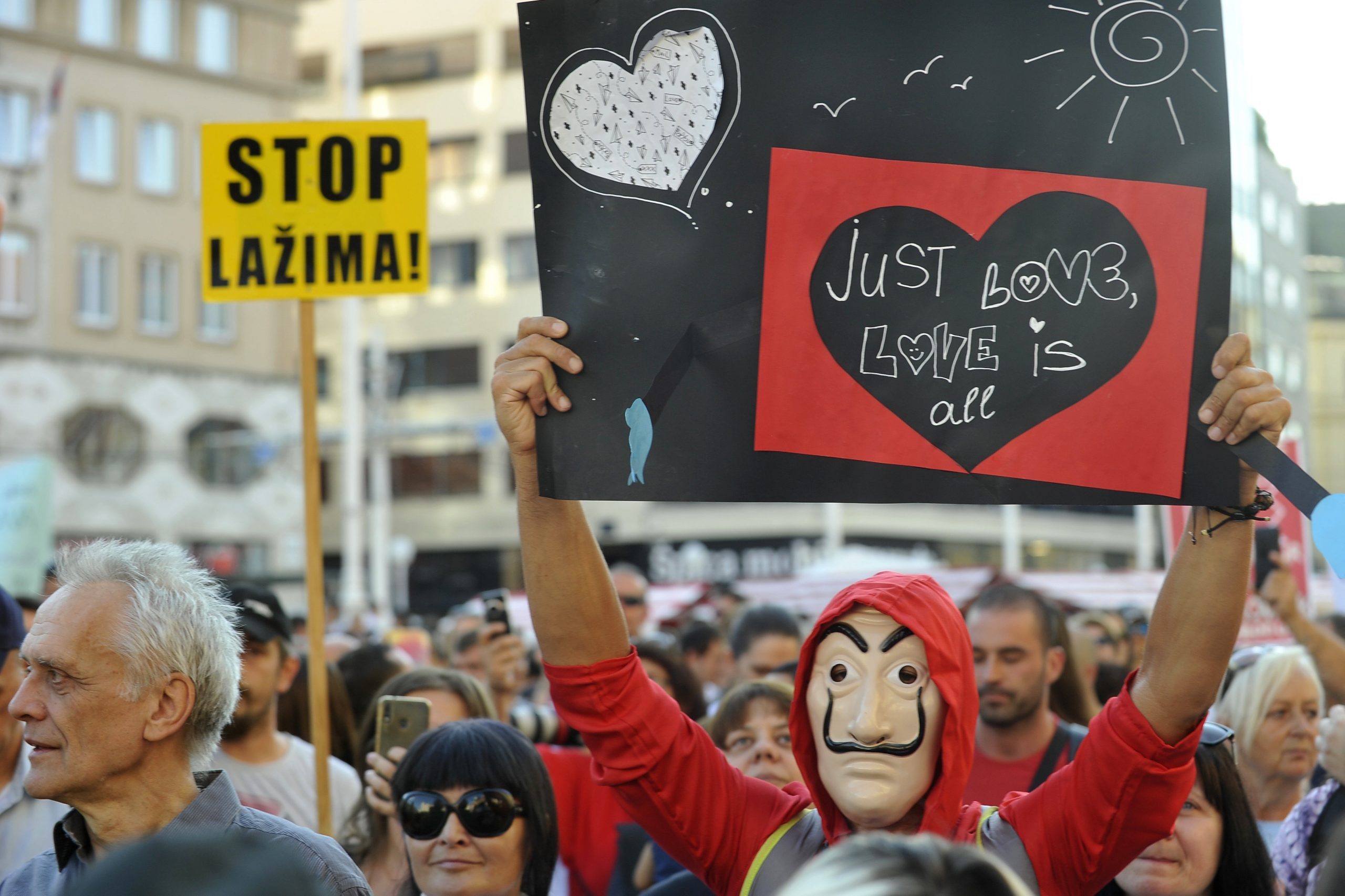 Virus deniers and anti-vaxxers could threaten effective fight against the novel coronavirus, as well as increase the exposure of risked groups to COVID-19, health experts say.  The growing numbers of virus deniers could have serious consequences when it comes to respiratory diseases, like COVID-19, Ferenc Jakab, the director of the virus laboratory at Szentágothai János […]Continue reading

His claims have been harshly criticized by numerous experts; the Hungarian Chamber of Pharmacists and the Hungarian Medical Chamber have also distanced themselves from him.

This is not the first time Gődény’s name appeared in the news though: he was the founder and president of the party Közös Nevező (Common Ground) in 2018. The political organization is widely regarded to have been a fake party only established for business purposes. It received just under four thousand votes during the 2018 general elections which was less than the number of recommendations the party managed to garner. Numerous criminal investigations have been launched against the organization and the party had to repay the HUF 153 million campaign support it had received.

Although officially the demonstration’s goal was to enable participants to discuss their thoughts and opinions on the “pointless restrictive measures” in person, there were many who also saw the epidemic as an intricately produced lie of powerful unknown political forces.

“I deeply condemn healthcare opinion leaders who deny the virus. Those with questionable professionalism and, in many cases, financial interests endanger not only the success of epidemiological control, but also the lives of the Hungarian people. Their behavior is unworthy of doctors and healthcare workers who have been at the forefront of the fight against the coronavirus epidemic for many months”, the minister outlined, adding that Hungarian citizens had made enormous efforts during the first wave of the epidemic to contain the virus; as a result, the number of infections in Hungary was much more favorable than in other European countries.

“It is now clearly the responsibility and duty of those who swore to protect people’s lives to draw public attention to the importance of fighting the epidemic in every possible way,” Kásler emphasized reminding them of their Hippocratic oath.

In the featured photo: demonstration in Warsaw, Poland against Covid-19 measures. Photo illustration by Leszek Szymanski/PAP/EPA/MTI