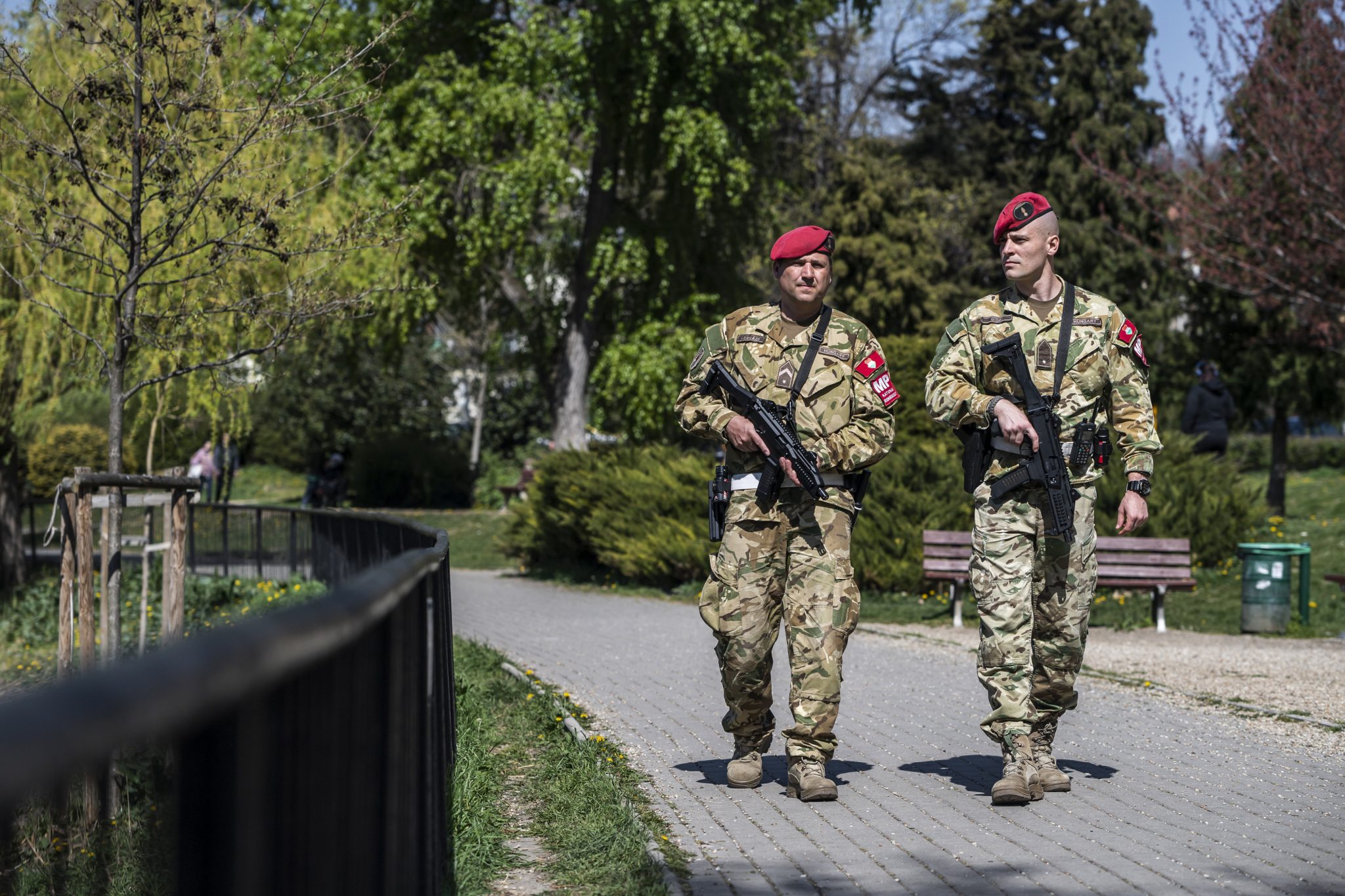 Hungary has received reports from several countries about the limited emergence of bioterrorism, the director general of the Military National Security Service told a meeting of parliament’s foreign affairs committee on Monday.

The Islamic State terrorist group and other organisations have called on their followers to spread coronavirus and the signs of this are prevalent in India, Egypt and the United States, Lieutenant General János Béres told the body.

Meanwhile, army chief Ferenc Korom told the committee that Hungary is still involved in 11 foreign operations with 1,200 troops. Health services have been boosted in all of those operations, he said. Hungary has evacuated several of its troops from the EUFOR peacekeeping mission in Bosnia and Herzegovina after soldiers in the mission tested positive for the virus, he said, adding that 15 soldiers were also withdrawn from Mali.

Around 1,500 samples have been taken within the Armed Forces of Hungary, Korom said, adding that the coronavirus case count was in the single digits so far.

In response to a question by Zsolt Németh, the Fidesz head of the committee, about the role of the NATO Centre of Excellence for Military Medicine in handling the pandemic, Korom said the centre headquartered in Hungary was responsible for coordinating information-sharing among NATO member states.

Answering a question from conservative Jobbik’s Koloman Brenner, Korom said Hungary had no plans to withdraw its forces from any of the missions they are involved in.

On the subject of organised crime rings, Béres said the criminal groups were becoming increasingly active in several countries, noting activities by the Italian mafia and similar activities in Nigeria and in the Balkans.

Cyber crime is also on the rise, Béres said, citing the example of the spreading of fake news.

The national security service’s main task at present is to monitor the global Covid-19 situation and identify potential future clusters, he said.

The service is also monitoring the virus’s effect on the international security environment, Béres said. The virus has so far resulted in a decrease in the intensity of conflicts in crisis zones like Iraq, Syria and Afghanistan, he said, adding, at the same time, that the situation was expected to re-escalate once the outbreak subsides.

Europe, he said, also had to be prepared for a potential rise in migration pressure from the Middle East and Africa as a result of measures taken in the countries of those regions.

Several countries have also altered their military operations due to the virus, he said. Many of them have pulled their forces from Iraq after training missions were suspended there. The virus has also speeded up the withdrawal of troops from Afghanistan and many soldiers in Mali have become infected with the virus, Béres said.

Many defence contractors have also suspended their operations or have transitioned to producing protective equipment against the virus, he said, adding that several manufacturers were gearing up for a resumption of their activities after the pandemic.

He noted that several countries have involved their armed forces in their epidemic response efforts, with Hungary having involved its own military in almost all areas.

The Military National Security Service’s most important future task will be to monitor how the armed forces of neighbouring and other European countries return to their regular operations, Béres said.