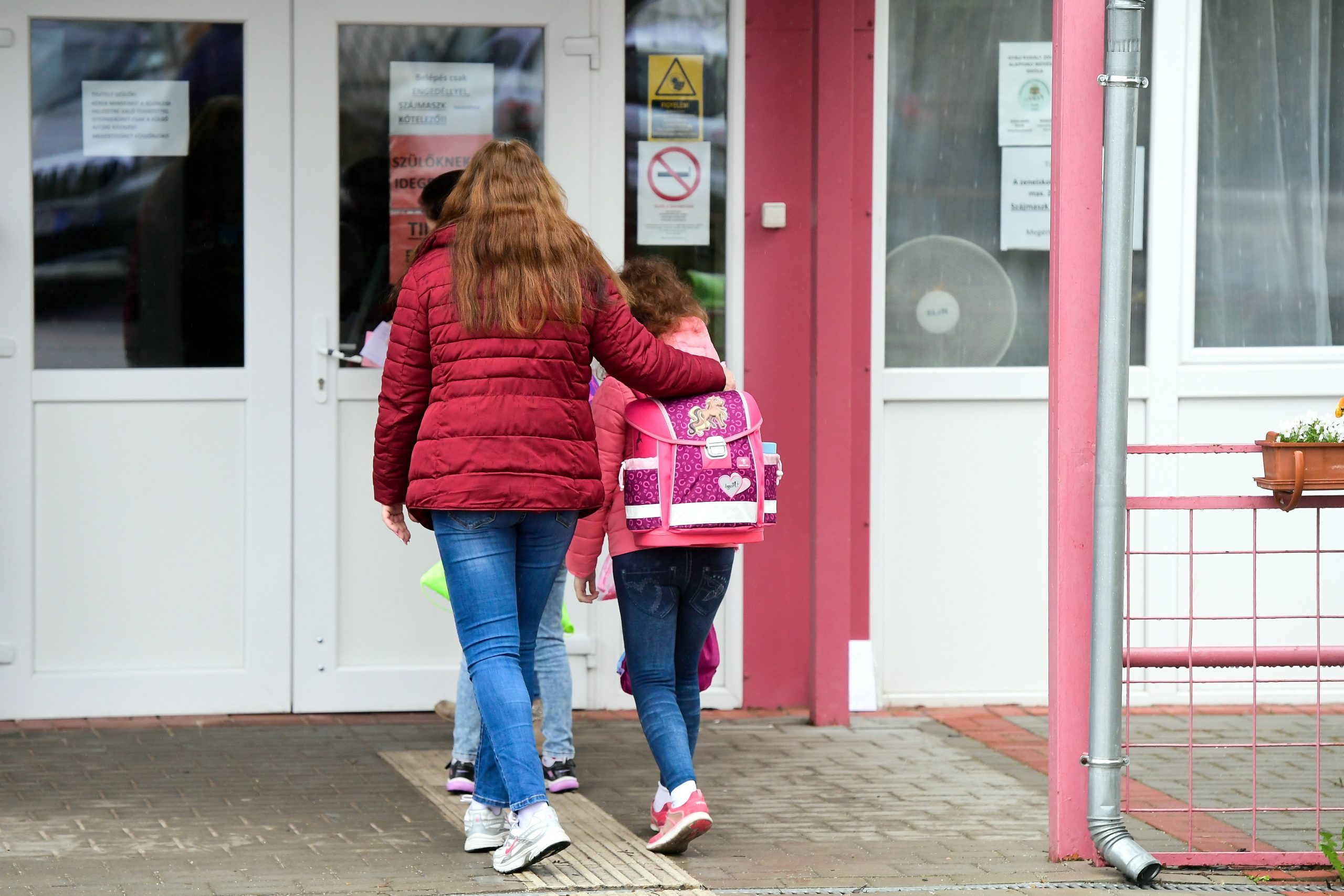 The lower grades of primary schools (grades 1-4) and kindergartens opened on the 19th of April. According to the decision of the Orbán government, since teachers received their first dose of vaccination before the opening, and the home-schooling of little children is often unmanageable, the opening of kindergartens and lower grades of primary school is indispensable. However, the Democratic Union of Teachers (PDSZ) argues that although the government’s decision to postpone the opening of secondary schools was positive, all public education institutions should remain closed. Despite disagreements, schools reopened on April 19th, and the first reactions, experiences, and impacts from teachers and parents, were revealed.

The peak of the third wave of the coronavirus in Hungary is primarily related to the spread of the new British variant, which poses a much greater threat to children and adolescents, as more and more of them are in need of hospital care. Doctors and health experts, meanwhile, warn that it would be important both for the protection of children and for the general population to start vaccinating them. According to György Velkey, general director of Bethesda Children’s Hospital, very young people can have serious specific complications resulting from the new coronavirus variant, and “there are two or three times as many children in hospital as in earlier stages of the pandemic.”

This – among many other arguments – are the ones emphasized by the Democratic Union of Teachers (PDSZ) and many other trade unions, which have expressed that the opening was “unnecessary and dangerous for children.” They noted that a recent survey by the Teacher’s Union has shown that 81 percent of teachers did not feel their students would be safe at school, while 87 percent said they thought “it was very early” to reopen. Furthermore, they contend that many teachers only received their vaccinations the week before the opening, and hence, many of them fear that teachers won’t develop the necessary immunity in time. In addition, according to the head of the Klebelsberg Center (KLIK – the ministerial agency responsible for primary and secondary schools), so far only 75 percent of educators have applied for a vaccine. 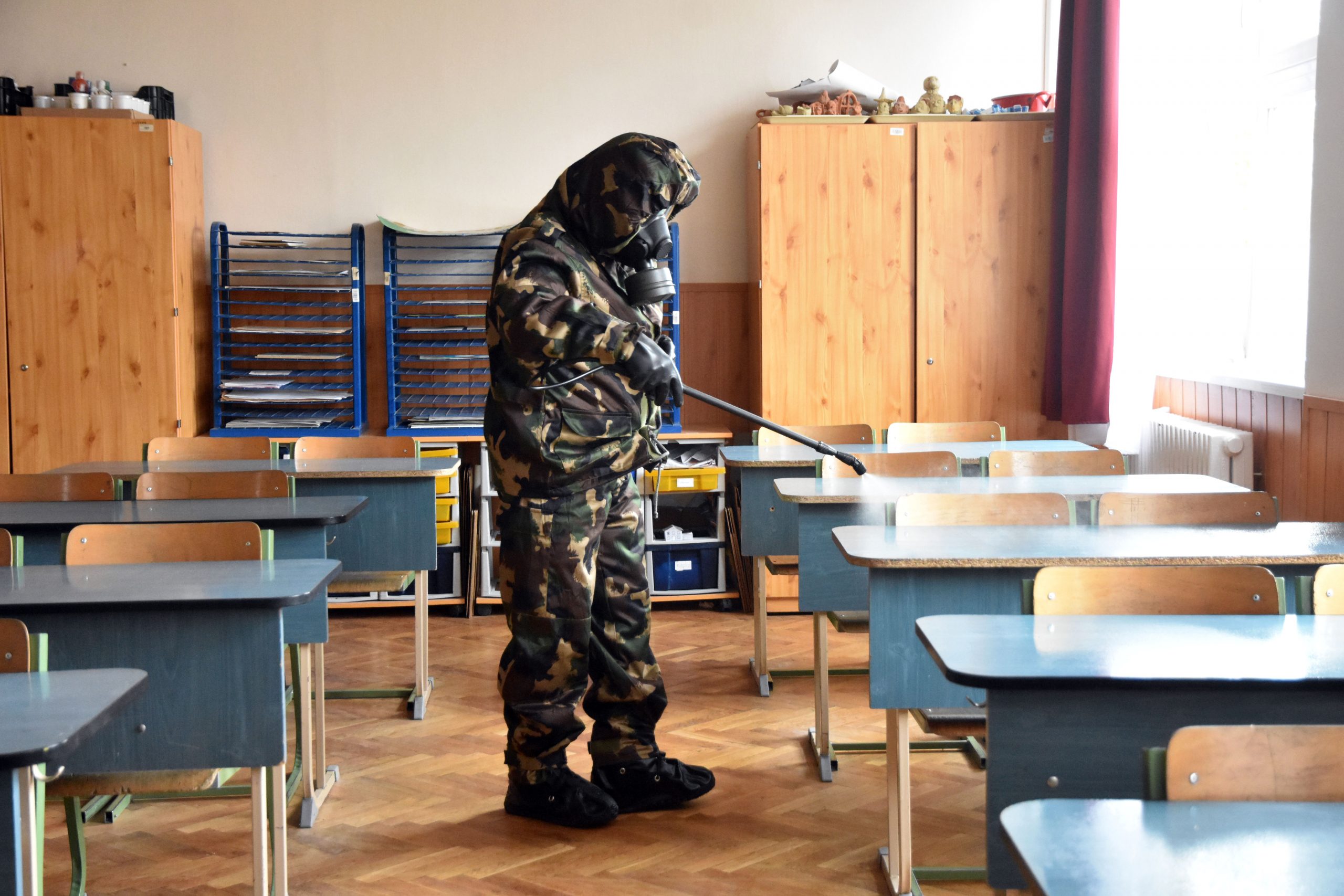 Five trade union confederations published a statement on Wednesday, protesting against the government’s plan to reopen primary schools and kindergartens on April 19, saying the measure was “unnecessary and dangerous for children”. The statement was signed by leaders of the Confederation of Trade Unions (SZEF), the Trade Union Association of Intellectuals (ÉSZT), the LIGA of […]Continue reading

In contrast, Gergely Gulyás, the Prime Minister’s chief of staff, said that “We have to defend ourselves so that life doesn’t stop, the economy works, and people don’t lose their jobs as much as possible. Obviously, this is also directly related to schools.”

In response to the concern of trade unions and teachers regarding the vaccination of those working in public education, Gulyás argued that since all educators are given a Pfizer jab, the first dose should be enough to provide sufficient protection for work.

Therefore, we do not see a serious risk of schools starting again, in fact, we see that continuity of life can be much more ensured if schools open their doors on April 19.”

However, after the first day has passed after schools reopened, we can take a look at the first reactions, experiences, and impacts of the government decision under extreme scrutiny. 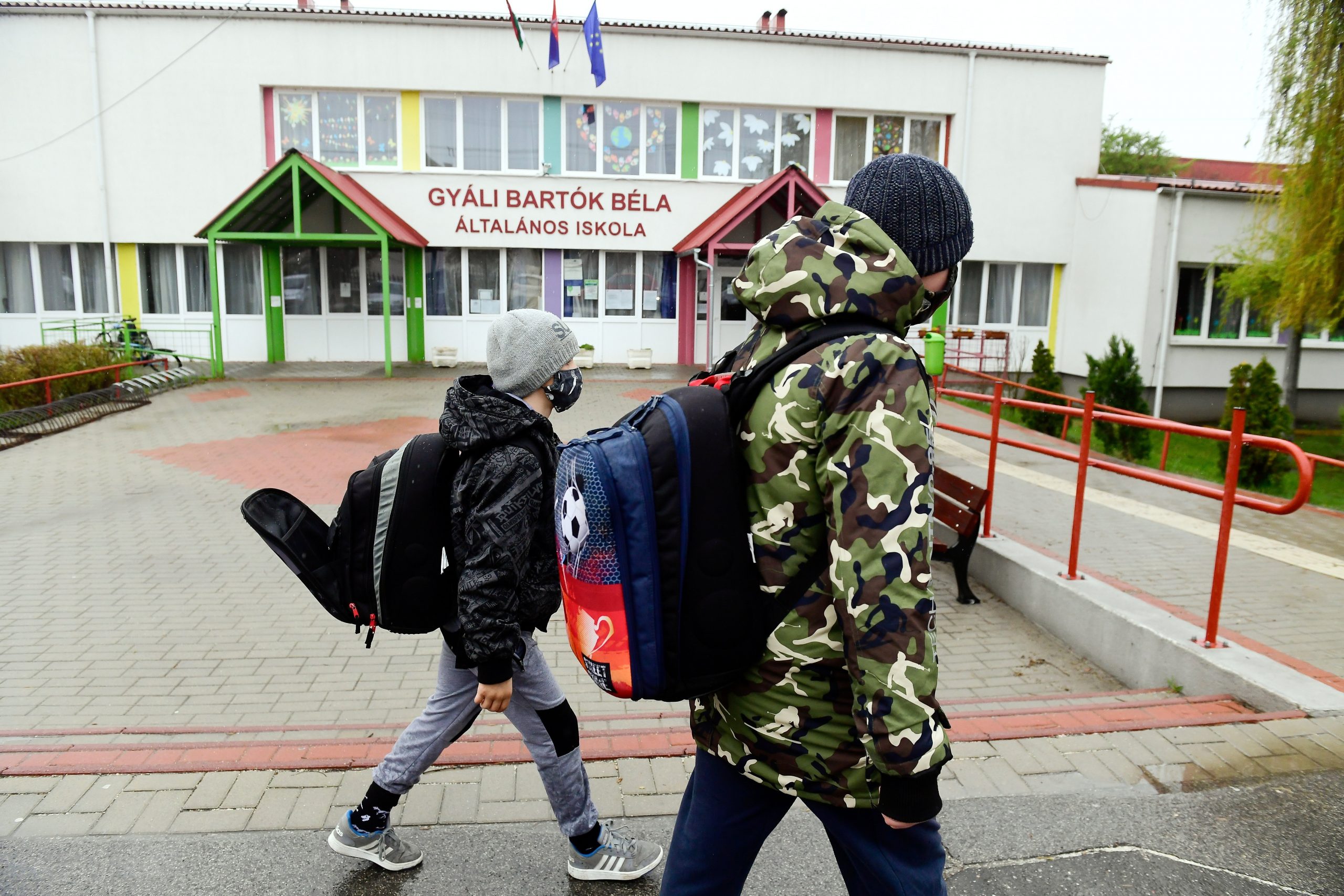 Class sizes should be reduced to a minimum after schools reopen, teachers’ union PSZ said on Monday. In a statement detailing its demands for how the school year should continue, PSZ told MTI that social distancing should be made mandatory in classrooms and students who stay home should not suffer any negative consequences or setbacks. […]Continue reading

According to the Ministry of Human Resources, in general, nationwide, 60 per cent of children in kindergartens and 75 per cent of students in lower grade primary schools appeared on the first day. They also added in their statement that almost all teachers went to work. The Ministry further thanked all kindergarten and school workers for their “sacrificial work” in relaunching in-person education.

However, according to student movement ADOM, reports from parents, teachers, and students responding to the organization’s survey, demonstrate that 44 per cent of lower-grade students did not go to school on April 19th. Responses were received from parents and teachers of 27,000 primary school students by 5 p.m., more than 12,000 of whom remained at home. In accordance with the ratio of 44 percent, the student movement estimates that more than 100,000 lower-grade students did not attend school on the day of reopening. They note however, that the results of the survey may not be perfectly representative, as currently parents in the capital are overrepresented, while parents with their children at home are more likely to complete the questionnaire, but based on data up to date, they believe the 100,000 estimate is accurate. 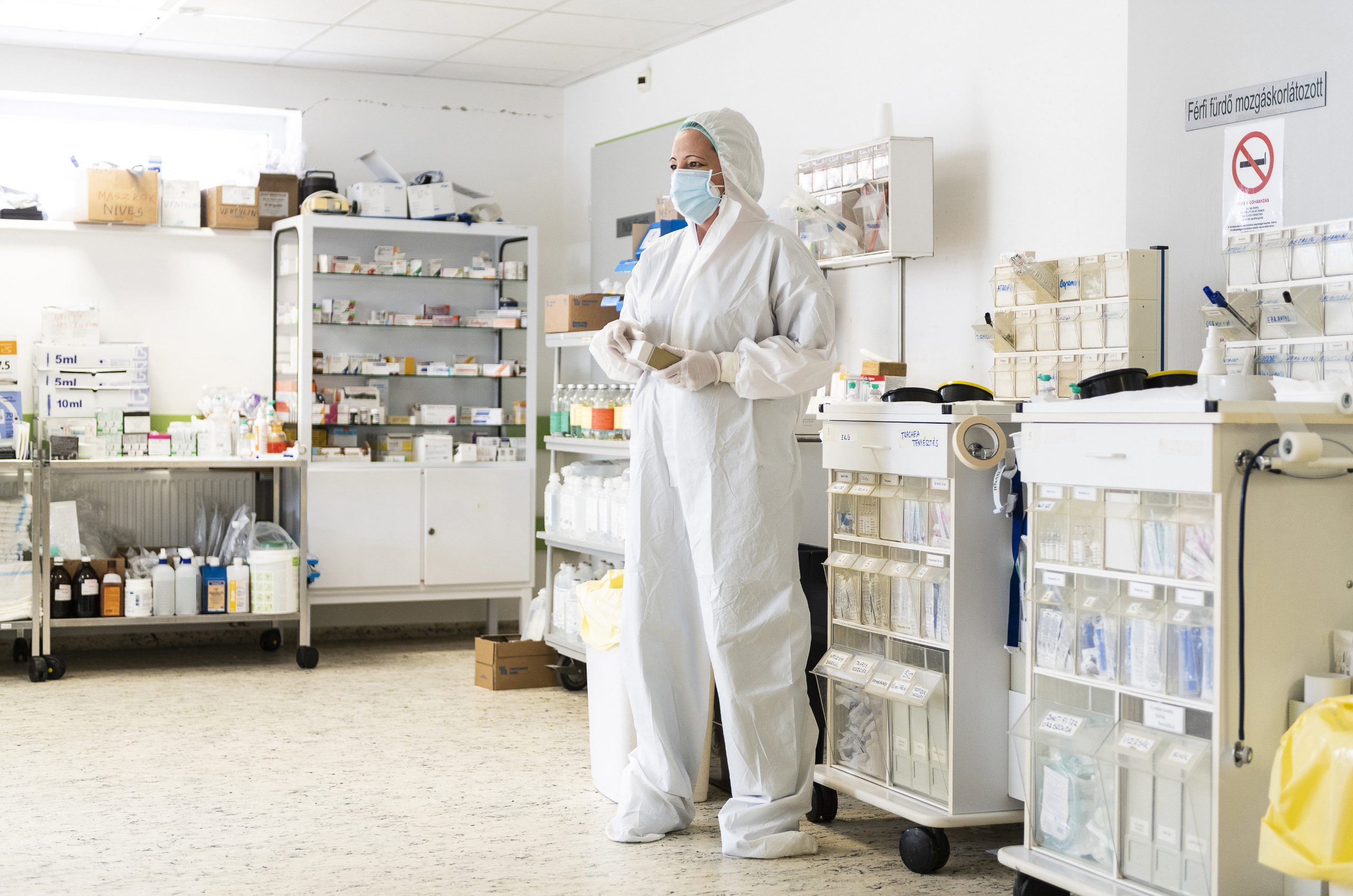 Fully 199 patients, generally elderly with co-morbidities, died over the past 24 hours, while 1,645 new infections were registered, koronavirus.gov.hu said on Tuesday. The number of active infections has decreased to 268,072, while hospitals are caring for 8,602 Covid patients, 980 of whom need respiratory assistance. Since the first outbreak, 754,833 infections have been registered, […]Continue reading

However, attendance of teachers and students varied a lot throughout the country.

For instance, at the Móra Ferenc Primary School in Répcelak, only one primary school teacher went in for in-person teaching, while all others refused to attend. The teachers who did not attend based their decision on paragraph 54 of the Labor Code, which states, among other things, that an employee must refuse to comply with an instruction if its implementation would directly and seriously endanger the health of another person or the environment. Most of the children also remained at home, with only one class appearing in full.

According to personal experiences collected by Telex, one reader with four children living in Budapest’s 3rd district, reported that she was glad that her fifth-grade child did not have to go to school on April 19th, because the child can study skillfully and efficiently at home as well, and in-person education would have been an unnecessary risk. The lower-grade children (third and first-graders), on the other hand, need in-person teaching, as they did not know how to navigate online learning. According to the report, the third-grader kept crying after his friends and his activity in online classes was not efficient.

Another mother from Csepel had similar experiences. Since she can still work from home office, she decided not to bring her children to school, who are 4 and 10 years old. She said that the class teacher was very proficient with everything, and there were two lessons that could be followed online so that those who stayed at home were actively involved as well. On one screen, the material was projected, while on the other the classroom and the teacher. “Everything was flawless, professional. I feel like we’re lucky,” she wrote.

However, not all schools could manage to ensure that those who choose not to physically go back to school can adequately connect to the classes. According to another parent, whose children attend a school in Velence, out of the 30-person class, only 6 children went to school on Monday. Those who go in will be taught four hours a day, however, those who remain at home are not able to connect to the classes as online observers, even though school facilities and a letter from the Human Resources Ministry would allow this to happen.

A school in Kőbánya has many disadvantaged students, “so reopening was important for the parents there,” another reader wrote. Out of a 21-student class, 7 parents indicated that their child would remain at home for the time being. According to the parent:

My problem is that they are leaving behind those who choose to stay at home. Anyone who attends in-person has classes according to the timetable. But anyone who stays at home will receive a list in a PowerPoint presentation or Word, on what to do.”

Children have to take photos of their work and submit it online, the parent said, adding that if the child doesn’t understand something, the parent should sit down with the child to study. “I asked the class teacher why they can’t bring their laptops to class at school, turn on Skype, Teams, or anything, so that students who stay home can follow the class in real time. The answer: they would have to do double work. In other words, anyone who brings their child to school, risking their health, can be part of normal education, while the ones who prefer not to take risks may wonder again how to solve the child’s learning, even though in the last few weeks, the online method was functional and it could go on in the same way.”