Parliament may pass the government’s bill on the response to the novel coronavirus epidemic in a fast-tracked procedure at next Monday’s plenary session, Fidesz MP Csaba Hende, the head of parliament’s legislative committee, told MTI on Thursday.

The government expects to command two-thirds majority necessary to adopt the legislation, Hende said after a meeting of the committee at which members delegated by the ruling parties voted in support of the proposal.

On Monday, the opposition voted against deviating from house rules in connection with a debate on the government’s bill which would hand the government broad powers to take relevant measures, as well as amend the penal code with harder punishments for scaremongering. 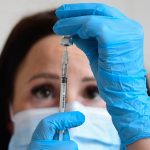