Despite several Puskás Akadémia players having recently tested positive for coronavirus, the Felcsút team traveled to Sweden and is apparently ready to take the field Thursday evening. The club will play its first international game against Hammarby IF.

So far, two of Puskás Akadémia’s games have been postponed in Hungary’s football championship (NB1), after some of their players tested positive some 10 days ago for coronavirus. The precise number of those affected has still not been revealed; however, according to press information, it is possible that at least 8 players tested positive.

After the coronavirus cases went public, Puskás Akadémia’s leadership ordered a press blackout. According to the Swedish club, they had previously promised to turn up for the game, one way or another. An Instagram photo revealed that they indeed took the trip. Since then, UEFA published the Hungarian team’s squad list that includes names of youngsters from the club’s second team, which plays in the third division, and even a 35-year old player who gave up professional football some time ago.

Potentially, however, UEFA might have the last say after it previously canceled multiple games, pointing to coronavirus cases.

Puskás Academy, founded by Viktor Orbán himself in 2005, is located in Felcsút virtually next door to the house where the PM grew up. The small village club, now one of the richest in Hungary, has been receiving some HUF 70 billion (EUR 197 million) in support and public funds to date, serving as a regular topic in domestic political debates. This qualifier would be their first-ever international appearance after the club had managed to clinch the bronze medal in NB1’s previous edition.

The game is definitely a badly awaited one by the Swedish side as well, as Hammarby hasn’t had the chance to play on an international level in the last 13 years, having even suffered relegation in the meantime. 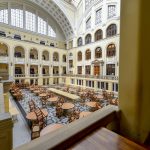