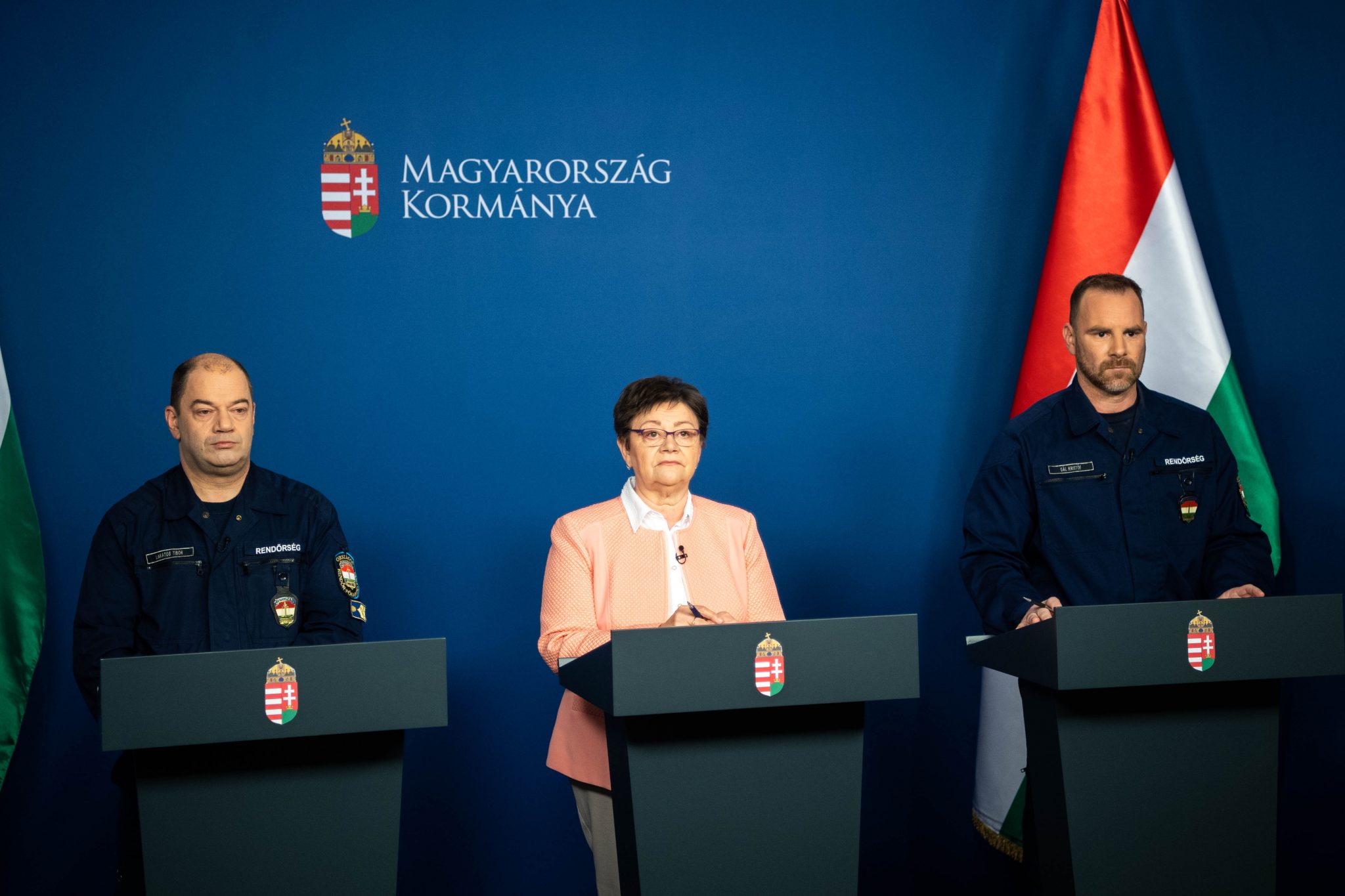 The police have launched an investigation into fake emails sent to hospitals, state-run institutions, and companies using the name of the National Public Health Center, promising free protective gear and asking for data in return.

Speaking at the daily online press conference of the operative board coordinating efforts against the coronavirus, Kristóf Gál, a spokesman for the national police, warned that attachments to the email should not be opened. In recent days, many people received e-mails trying to install a phishing virus that was sent by someone in the name of Cecília Müller, the national Chief Medical Officer.

The letters were primarily sent to healthcare facilities, hospitals, and state-run institutions. In the letter, on behalf of Müller, all Hungarian companies are promised free COVID-19 protective equipment. All they have to do is click on the attached form and fill in the details of the company. However, the attachment only installs a phishing virus. 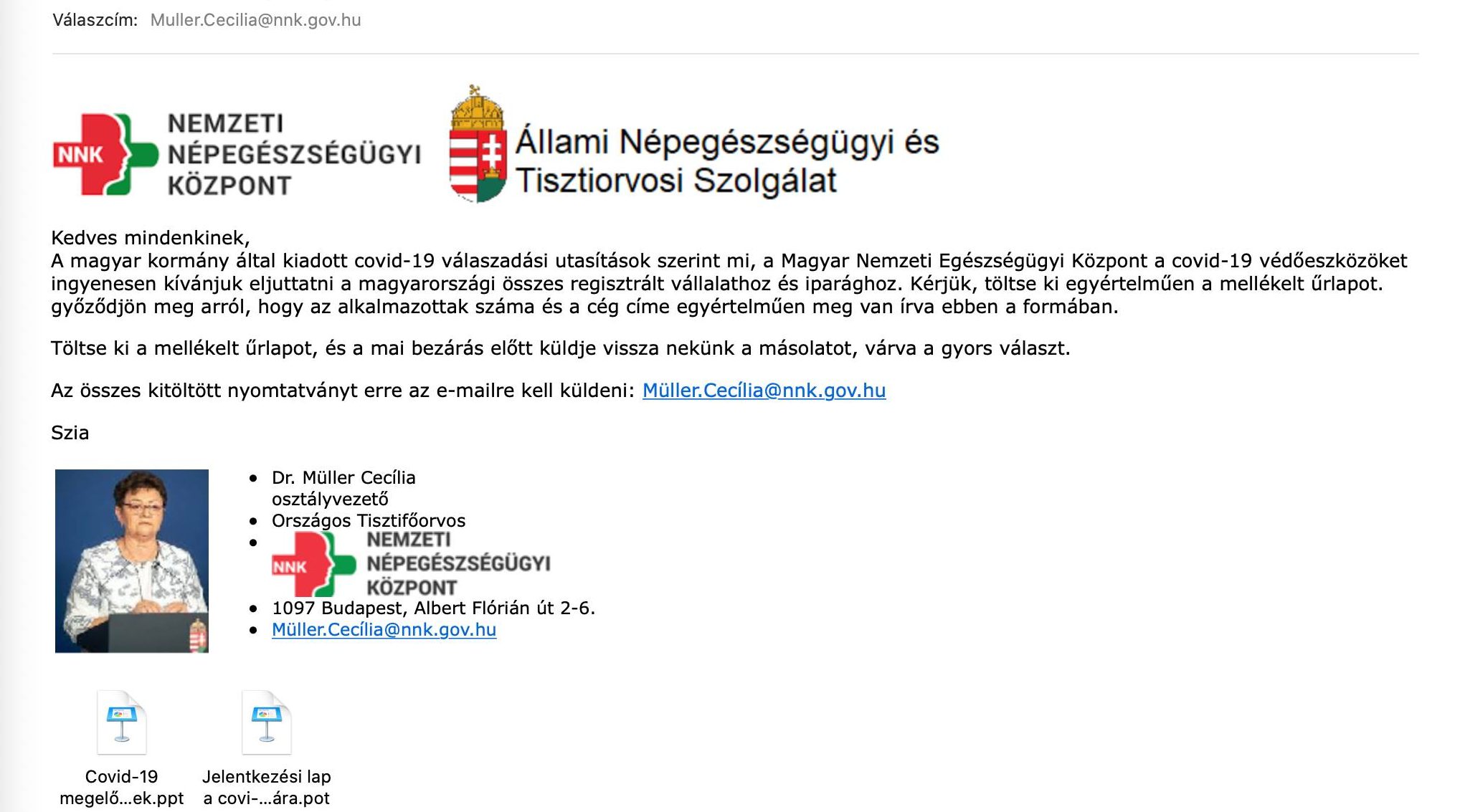 When examining the letter carefully, one can find several signs that it is fake, such as the spelling and grammar mistakes, the form of address, the misuse of the National Public Health Center’s name, etc. Hungarian news portal index.hu argues that the email may be a machine translator scam of foreign origin.

The National Bureau of Investigation launched an investigation on Friday morning into the fake letters, while the police warned everyone that no one is offering free protective equipment to Hungarian companies.

In addition, at the press conference of the operative board, Róbert Kiss said that currently, a total of 8,834 people are in official home quarantine. He added that so far, 437 criminal procedures have been launched on suspicion of violating coronavirus-related regulations, 132 cases of fraud, and 25 cases of spreading rumors.

Cecília Müller announced that the number of people recovered from COVID-19 is continuously increasing, standing at 2,447, well over the number of 1,051 active cases.