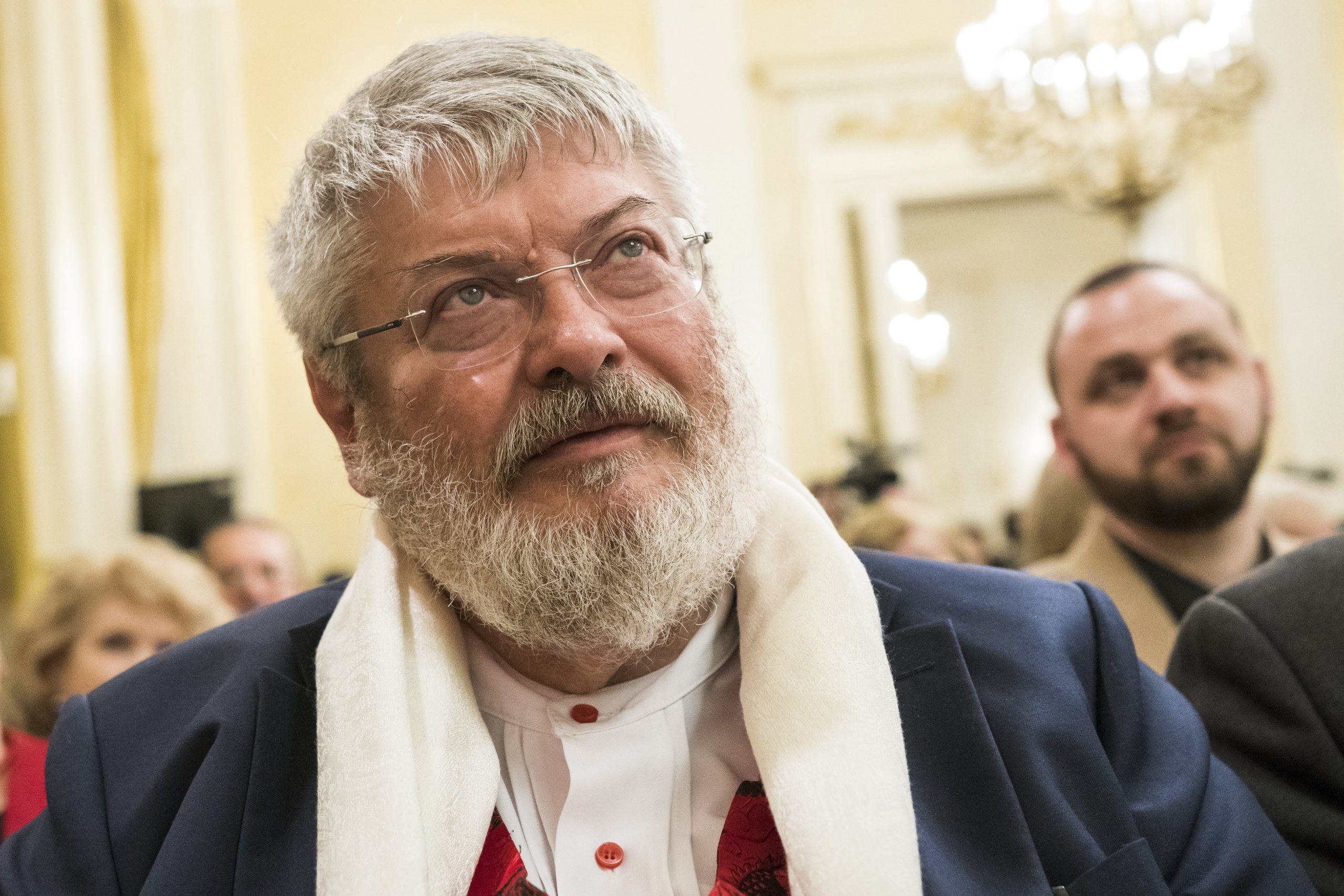 Renowned poet Géza Szőcs, president of the Hungarian PEN Club and chief cultural advisor to Prime Minister Viktor Orbán, died at the age of 67 yesterday. The Kossuth and József Attila prize-winning poet was hospitalized with coronavirus at the end of October.

Born in Romania’s Targu Mures (Marosvasarhely) in 1953, Szőcs became an important voice in Romanian Hungarian literature in the 1970’s. He graduated from the Babeș-Bolyai University of Cluj-Napoca (Kolozsvár) in 1978 with a degree in Hungarian-Russian.

In the early eighties, as an editor of “Counterpoints” (Ellenpontok), a samizdat paper in the 1980’s, he fought to counter growing censorship of Hungarian literature in Romania. He was arrested and abused several times by the Securitate; it later emerged his own father had also reported him to the authorities. He penned two petitions to the Romanian government on the hardships of ethnic Hungarians in Romania, and alerted the UN of the situation as well.

He lived in Switzerland between 1986 and 1990 to escape persecution in communist Romania. He worked as a journalist in Geneva and in the Budapest office of Radio Free Europe, and then at the Magyar Napló. After the fall of the regime in Romania, he returned to Cluj-Napoca in 1990 where he also took on a political role in addition to his journalistic and editorial work, becoming one of the leaders of Romania’s ethnic Hungarian RMDSZ party, serving in the Senate as the party’s group leader. Between 1996 and 1998, he became a member of the board of the Hungarian Civic Cooperation Association.

Since the mid-1990’s, he ran his own publication, The Transylvanian News. Between 1996 and 2000, he was a member of the supervisory board of the Hungária Television Public Foundation, which supervises Duna TV, and later in 2008, he became a member of the board of directors delegated by Fidesz. He worked as a senior staff member of the Irodalmi Jelen, and since 2011 he has been the president of the Hungarian PEN Club.

He worked as a state secretary for culture in Hungary’s Human Resources Ministry between 2010 and 2012, and as an advisor in cultural affairs to the Prime Minister ever since.

Szőcs listed renaming the Ferihegy Airport to Liszt Ferenc International Airport, the realization of classical music goals, film projects, and the establishment of the short independent 1956 institution among his own achievements. One of his large-scale plans was to map the relatives of Hungarians with a DNA test, to research beyond the Finno-Ugric theory. He was also behind the establishment of the national digital archive, the Hungarian National Digital Archive and Film Institute (MaNDA), aimed at the complete digitization and collection of Hungarian culture, although the public institution was later dismantled. His name is also associated with “Sámándob,” the Hungarian pavilion of the 2015 World’s Fair.

In recent years, he became famous for many remarks that did not agree with the government’s opinion: he called the end of Népszabadság an “extraordinary blow” to Hungarian freedom of press, which “hasn’t any, and could not have economic reasons.” In a poem, he wrote about “urizáló” Fidesz politicians (those who take advantage of their influence); talked about how much Viktor Orbán owed to György Soros, and disagreed with the government media’s attacks against the previous director of the Petőfi Literary Museum, Prőhle Gergely. He said in an interview to hvg.hu:

Both pro-government and opposition politicians, politicians from the RMDSZ, as well as important figures in the Hungarian literary world commemorated the poet on their social media sites. Viktor Orbán posted a poem from his cultural advisor, while Budapest Mayor Gergely Karácsony said “we have to say a painful goodbye to one of the greatest figures of contemporary Transylvanian Hungarian literature.”

Hunor Kelemen, the current president of RMDSZ, also posted on Facebook, saying that Szőcs “spoke up in Gyulafehérvár in December 1990 because he believed that perhaps there would be a period in which we could leave our grievances behind, and Romanians and Hungarians would build a freer, more democratic world as equals. He was a poet, one of the best. He lived and created in such a way that he left a deep mark everywhere. Recognizable, sharply drawn traces.”

The cabinet office also issued a statement saying Szőcs was “a prominent figure in Hungarian culture and literature, determined to help the government’s work in protecting and promoting Hungarian culture as a commissioner, a top advisor, and earlier as state secretary.” They added that “his message, poetry, personality and humor stays with us. We deeply respect his life and work. May he rest in peace.”