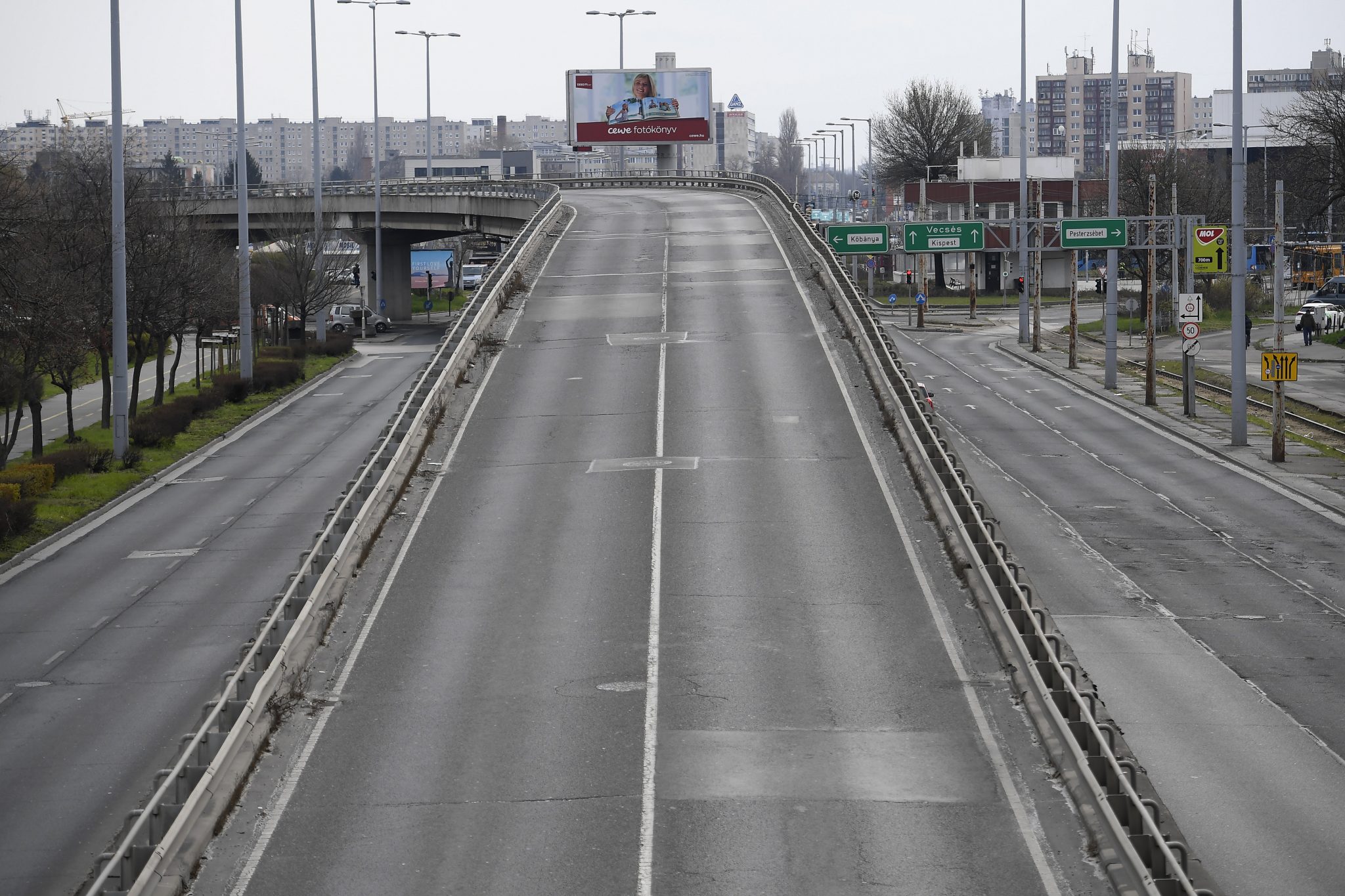 Prime Minister Viktor Orbán on Friday announced a curfew in Hungary. People are only allowed to leave their homes to go to work or to run essential errands, Orbán said in an interview to public broadcaster Kossuth radio on Friday.

Grocery shops and pharmacies will be open to people above 65 years of age between 9 and 12 every day, he said. Others will not be allowed in those shops during that period, he said.

The aim of the curfew, he said, was to “separate the most vulnerable elderly population from young people in a bearable way”.

Orbán said he expects the curfew to reduce person-to-person contact and in turn, slow the spread of the virus.

Citing survey findings, Orbán said the restrictions introduced so far have been successful, as Hungarians have reduced their number of in-person meetings to one-tenth of what it had been before the outbreak.

The decree on the curfew lists the various reasons for which people will be allowed to leave their homes. The government has done its best to define these in a way so that “life remains liveable”, Orbán said.

These reasons include, among others, parents taking their children to school if they are unable to find anyone to look after them at home, he said. Also, people will still be allowed to go outside, but close physical contact with others is still discouraged, the prime minister said, adding that these rules were more relaxed when it comes to family members.

Violation of the rules will count as a misdemeanour, Orbán said, adding, however, that police officers are asked to help people comply with the curfew rather than enforce it.

Orbán said the aim was to slow down the spread of the virus. To get rid of it altogeter would require a vaccine, he added.

Orbán paid tribute to health-care and law-enforcement staff, and also praised people who work in grocery shops, pharmacies and factories.

I thank all Hungarians because if there is a war — and this is a war situation — the hinterland matters just as much as the front line,”

he said, adding that the country was in an orderly state.

Orbán: Hospitals to be commandeered to ensure compliance

Orbán said so-called hospital commanders appointed by the government will head all Hungarian hospitals from Monday.

Doctors, he said, will still decide on medical matters, but compliance with the stated epidemiological regulations will be overseen by the commanders. Also, the uniformed hospital commanders will be in charge of supplies and staff management, he said, adding that hospitals would be able to bear the burden if the system operated smoothly in the next few weeks or months.

What the country is undertaking is a military, combat action plan. If this goes well in the next two weeks, the number of transmissions will be reduced massively and the epidemic may slow down.”

He noted that typically 80 percent carry the virus without any symptoms. At the same time, 15-20 percent become ill. Some of the 2 million or so in Hungary who are likely to contract the virus will need to be hospitalised, he said. The elderly and people with serious underlying illnesses will need intensive care, Orbán added.

If this were to take place all at the same time, Hungary’s health-care system would become over-burdened, the PM said, adding that at the height of the epidemic, Hungarian health care would be over-burdened ten times its peak capacity in terms of beds, ventilators, doctors and nurses. This is why the policy is to slow transmission down, he said.

The prime minister said protecting doctors was among the top tasks.

Meanwhile, regarding Hungarian economic protection measures, he said: “Now the people come first, not the economy.” At the same time, the government, he said, is already working on a plan to protect and restart the economy, adding that the action plan will be made public in the first or second week of April.

Concerning Hungary’s domestic political situation, the prime minister said: “Politics isn’t what we need right now.” Instead, Hungary needs unity, “because the more of us unite, the more lives we can save.” Orbán said the current crisis was not about power, but rather human lives.

Orbán said that because the government had not received the support it needed for certain measures in parliament this week, some of those measures had now become uncertain. These, he said, included entry bans. Such restrictions, however, have now been extended because “we can’t leave the country unprotected, even if the opposition refuses to contribute to making quick decisions.”

The rule on university closures is also set to expire, but rectors have been asked to keep the institutions closed, he noted.