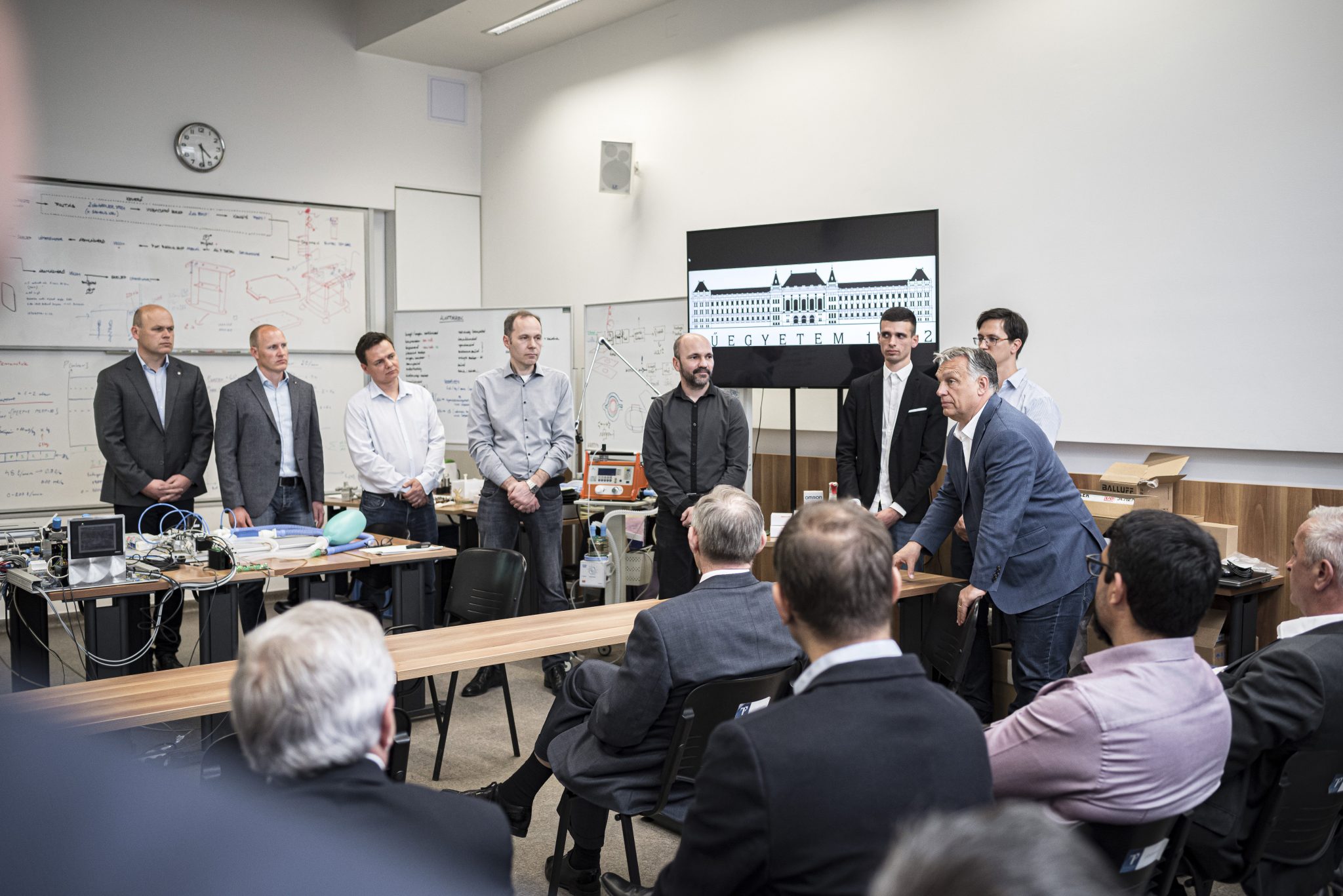 Prime Minister Viktor Orbán visited the University of Technology and Economics in Budapest on Friday, to be briefed about the possibilities of manufacturing pulmonary ventilators in Hungary. He also checked the prototype of the device in question, according to Bertalan Havasi, the prime minister’s press chief.

Professors and engineers from the university briefed Prime Minister Orbán, Interior Minister Sándor Pintér and other officials on the concept and development of the device, Havasi said. He added that the mass production of the ventilator will start soon.