Hungary needs as much vaccine as possible since lives depend on it and “every life counts”, Prime Minister Viktor Orbán said on Friday, adding that restrictions could not be lifted until mass vaccinations have taken place.

“It’s too early to talk about lifting restrictions,” Orbán said. “It’s important that everyone follows the rules.”

Around 400,000 Hungarians have either contracted the coronavirus infection or have been inoculated against it, which is a low number, Orbán told public Kossuth Rádió.

Life can return to normal only after the vaccine is provided to health workers, people in social care homes, the elderly, those above the age of 60 and those with underlying conditions, as well as people involved in protection against the virus, including government members,

he added. Discussion of lifting restrictions can only take place after these people are inoculated, he said. “It all depends on how much vaccine can be acquired,” he said.

Orbán said the government has ordered the construction of a vaccine plant capable of producing a range of vaccines. The plant is to be built in Debrecen, in eastern Hungary, he added.

Commenting on European vaccine licencing, Orbán said competition between manufacturers was limited as long as only one or two types were licenced. “If there is competition, then the manufacturers will get a move on,” he added.

Orbán noted the foreign minister is in Moscow procuring vaccines, and negotiations with China are at an advanced stage. Also, negotiations are ongoing in respect of the AstraZeneca jab, he said. 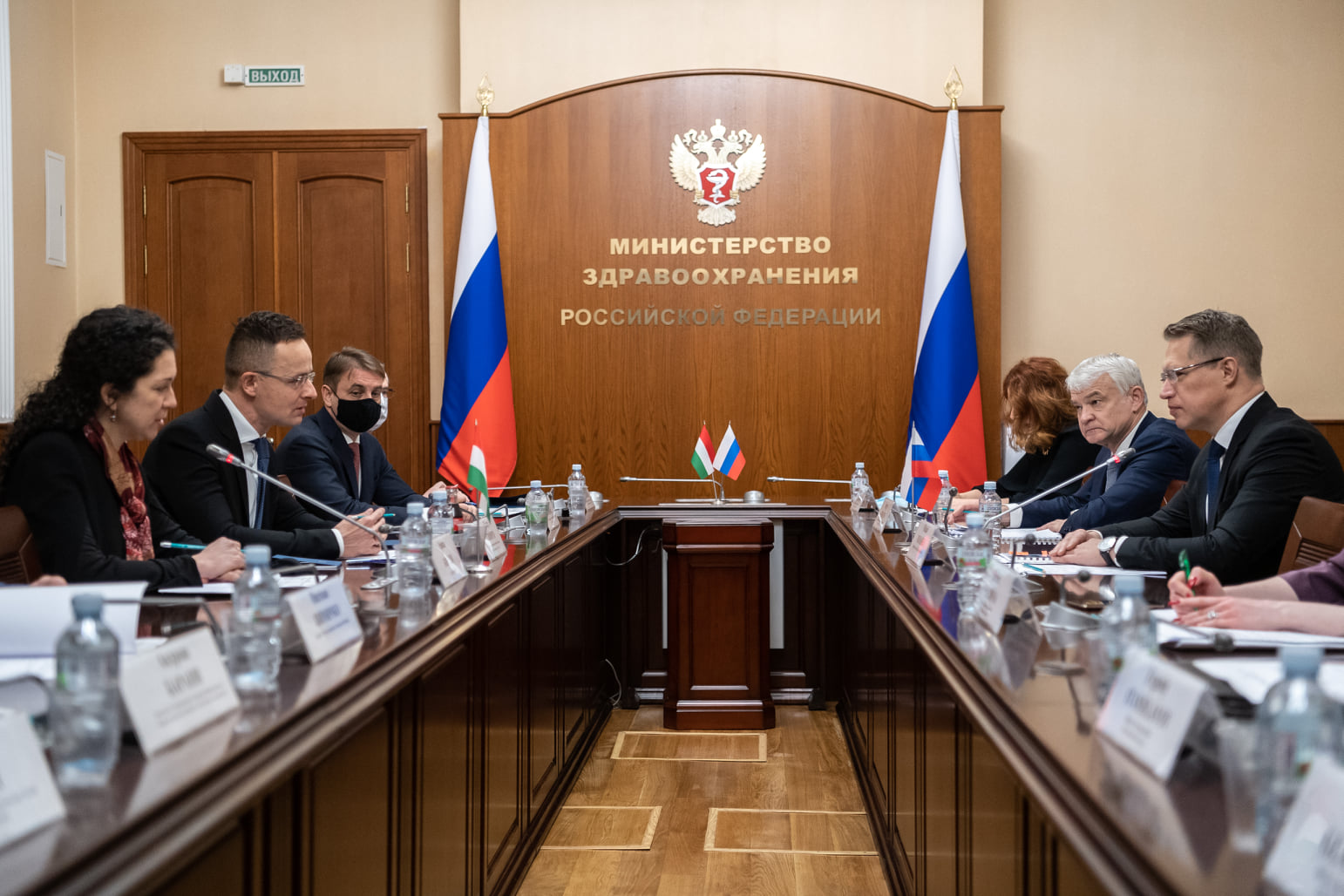 Hungary will buy a large amount of vaccine against the coronavirus from Russia, to be supplied in three stages, Foreign Minister Péter Szijjártó said on Friday after talks with Russian health minister Mikhail Murashko. He said the contract with the Russian Direct Investment Fund (RDIF) was signed the previous evening. “It is in Hungary’s national […]Continue reading

Next week a decision will be made about giving higher vaccination priority to teachers and students.

The prime minister noted that the government can order the special legal order for two weeks. The spring session of parliament will then begin and the government will turn to lawmakers regarding the matter, he said.

Meanwhile, he said Hungarian crisis management revolved around protecting jobs, tax cuts and investments rather than austerity, adding that left-wing governments insisted on rescuing companies and banks and taking resources away from the people in the form of austerity and tax increases to do so.

The Fidesz government, by contrast has cut taxes, is reintroducing the 13-month pension, and giving employees below the age of 25 a tax holiday,

Orbán said. He noted the government had accepted a proposal on wage hikes for hospital staff put forward by the chamber of doctors, and now the salaries of other doctors and GPs, as well as dentists, were also being raised.