Hungary is better prepared to face the coronavirus pandemic now than when it first emerged in the spring, Prime Minister Viktor Orbán said in parliament on Monday.

“We have a difficult period behind us and a difficult one ahead of us,” the prime minister said, referring to the second wave of the pandemic. Citing international statistics, Orbán pointed out that Austria, on which Hungary has been modeling its coronavirus response, has seen a 35 percent daily increase in the number of Covid-19 patients requiring hospital treatment.

Orbán said the country had built up a bank of experiences from the previous wave and also had the outcome of its National Consultation public survey at hand, indicating that “people clearly want to see Hungary functioning”.

He said citizens had entrusted government to ensure that “lives are saved and jobs are protected, and everyday life is not paralysed by the virus.”

He said that today there was no reason to fear that anyone would be left without proper treatment.

Orbán noted that the government last week decided to keep restrictions on entry in place and make mask-wearing mandatory in enclosed public spaces. Those found in violation of the rules on wearing face masks face a fine of up to 50,000 forints (EUR 138), he noted, adding that he has submitted a bill that would see the fine increased.

The blanket visiting ban for hospitals and retirement homes has also been upheld, and only teachers and students are allowed into school buildings and are required to undergo temperature screening upon entry. The government has also capped the price of coronavirus tests at 19,500 forints and decided that clubs and bars must close by 11pm, Orbán noted.

“Now the effectiveness of our defence against the pandemic really depends on us,” he said, reminding young people that a failure on their part to follow the rules could endanger the elderly and the sick. 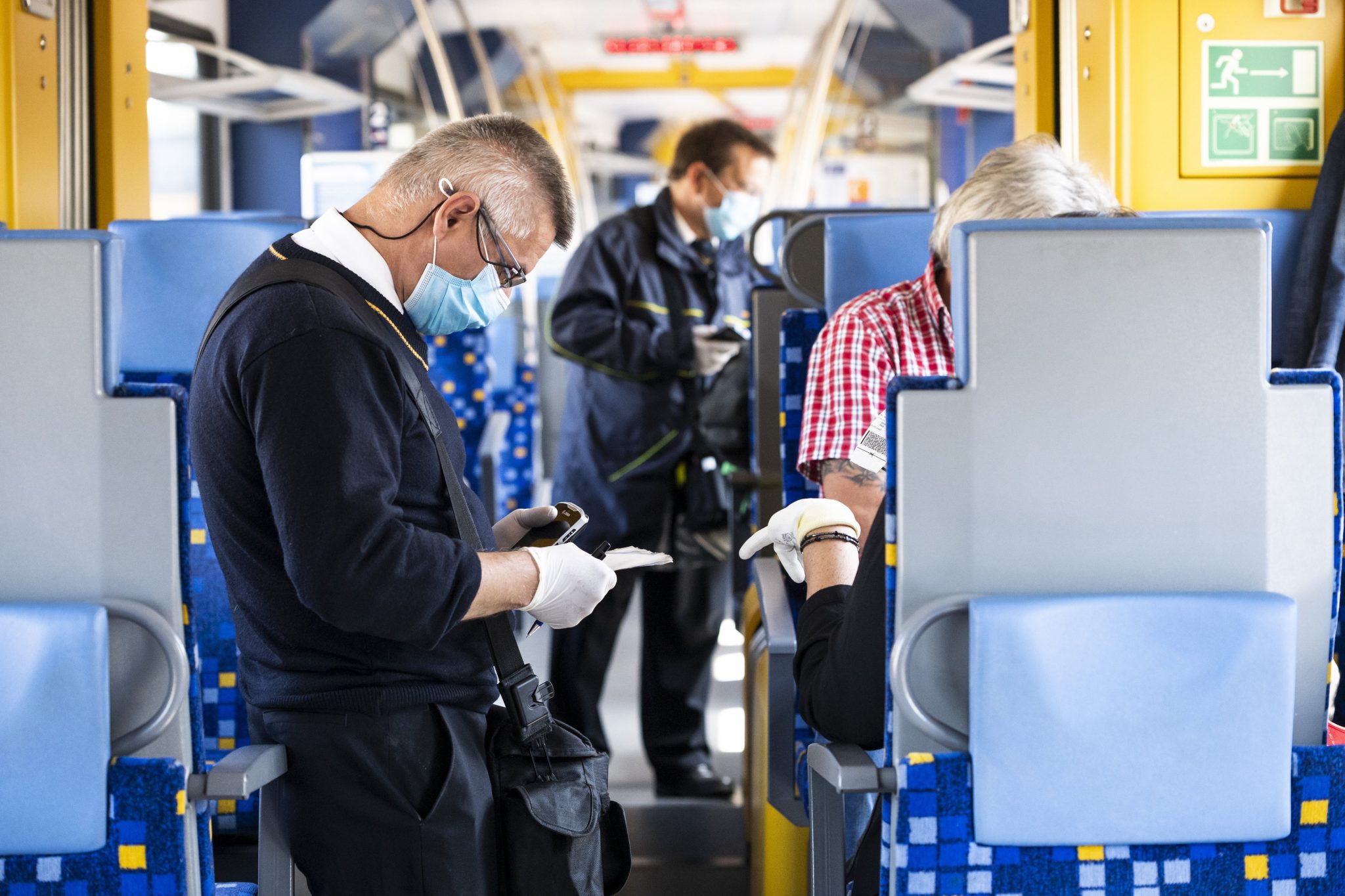 From today on, the new protection measures announced after last Wednesday’s government meeting came into effect. Now, in addition to shops and public transport, mask-wearing will be made mandatory in shopping malls, cinemas, theaters, health and social institutions and public offices, while clubs will have to close by 11pm to curb the spread of the […]Continue reading

Orbán said Hungarian health care was equipped to face twice the number of coronavirus infections as that modelled in worst-case scenarios. He said “doctors and mathematicians” estimated, at the severe end of the scale, that Hungary may contend with 200,000 coronavirus infections, with 16,000 requiring hospitalisation and 800 patients on ventilators.

The government has made preparations to accommodate twice that number, with 66,000 hospital beds available, he said.

The health-care system continues to operate under a chain of command so that when certain hospitals reach maximum capacity others are activated, Orbán said.

The prime minister said that in spring “there was no other choice” but to slow down the epidemic for “the lack of a vaccine against the virus, which is still the case today”. At that time, the country managed to switch over to a new mode of operation within a week, starting prevention earlier than most European countries, he added.

He said the first few weeks of the pandemic in Hungary had been “shocking” but the country had “stood the test” and “won the first battle”. The country’s health-care system had been able to “protect the people”, he added. Orbán thanked the doctors and epidemiologists, the chief medical officer, the operative board coordinating Hungary’s response to the pandemic and the human resources minister for their efforts.

As regards the state of the economy, Orbán said the government was committed to protecting jobs, noting that by August, 4.5 million people were employed compared with 4.458 million in January. Overall, nearly one million were benefitting from some sort of employment or job support, Orbán said.

A total of 15,000 businesses have applied for the government’s investment support scheme, saving over 207,000 jobs, he said. Some 37,000 companies have applied for the wage support scheme with a commitment to creating 49,000 new jobs. The government provided a 40 percent wage subsidy to the R+D+I sector for a period of three months, the prime minister said, adding that some 1,100 businesses applied for funding and the scheme benefitted 23,000 people.

To protect households, the government has extended a loan moratorium on mortgages for families, pensioners, jobseekers and fostered workers to July 1, 2021, Orbán said. This will secure the households of 1.6 million people and the scheme has left families and businesses with an additional 2,000 billion forints, he said. Orbán insisted that Hungary had been the only nation to show such a level of solidarity with its citizens during the coronavirus crisis.

Orbán made noted of the government’s investment support scheme, saying that Hungary aimed to develop and grow at a time when other countries were focused on austerity. The government has launched an investment funding scheme aimed at protecting jobs, swiftly expanded to 170 billion forints (EUR 470.6m) from the initial 50 billion, he said. Within the scheme, 904 investors pledged to invest 424 billion forints and protect 154,000 jobs, he said. 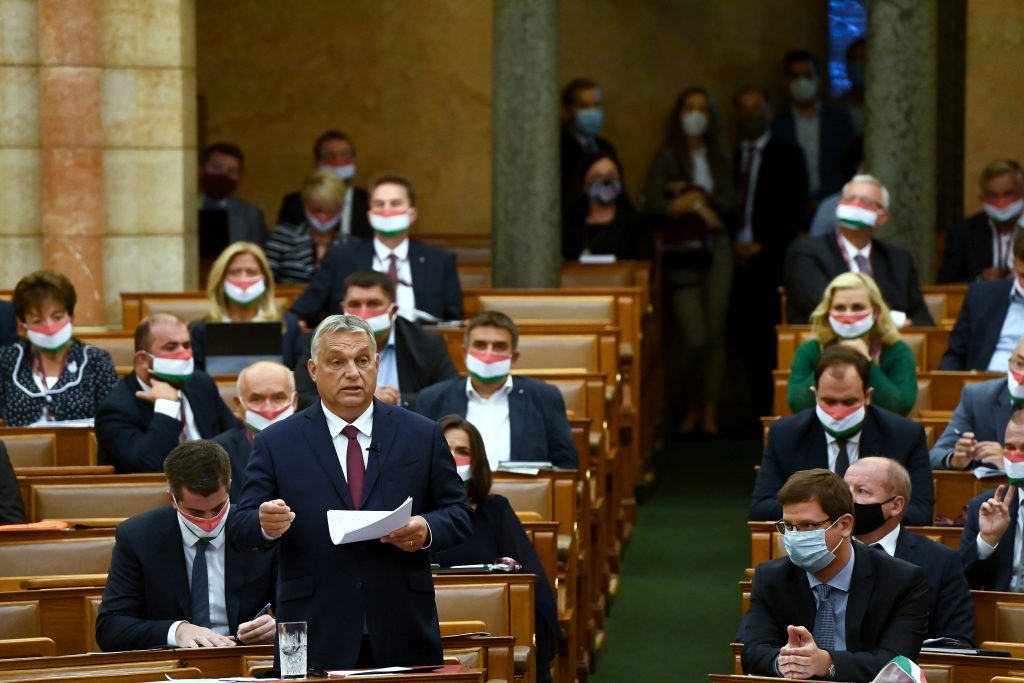 The government’s scheme for SMEs has drawn 5,500 applications with investments totalling at 193 billion forints, protecting some 130,000 jobs, he said.

The government’s economic measures have successfully protected jobs and households in the country against the fallout of the coronavirus pandemic, he said.

Orbán noted that the government had pledged to create as many jobs as those destroyed by the pandemic. By August, the number of jobholders exceeded that in January, and nearly one million were benefitting from some sort of employment support, he said.

To protect households, the government has extended a loan moratorium on mortgages for families, pensioners, jobseekers and fostered workers to July 1, 2021, he added.

The prime minister said that after the “disastrous job of Leftist governments”, the ruling Fidesz-Christian Democrats had succeeded in “getting the economy back on its feet” between 2010 and 2014. This spring, the first wave of the pandemic was successfully thwarted in cooperation with Hungarian citizens, Orbán added.

A difficult autumn lies ahead of us. But we have succeeded together before, and will do so again”

Speaking of the four-day EU summit held between July 17 and 21, Orbán noted the European Council had agreed on the EU’s multiannual financial framework (MFF) for the 2021-2027 financial cycle and a recovery package to offset the damage wreaked by the coronavirus epidemic.

Noting the Hungarian delegation acted on requirements laid down by the Hungarian parliament ahead of the summit, Orbán said Hungary would receive some 31 billion euros during that period, or 4-4.5 billion euros each year. That is the sixth largest sum to be distributed to EU member states, Orbán said. Hungary, he added, would be “near to becoming a net contributor” to the EU budget by 2028. To achieve that goal, Hungary would “either need to buy out foreign companies” operating in Hungary “or increase investments abroad”, he said.

To achieve a “balance”, Hungarian companies’ profits in foreign countries should grow to reach 9.6 billion euros, equivalent the combined profits foreign companies are currently making in Hungary, he said.

In line with parliament’s requests regarding Hungary’s stance in the EU budget negotiations, Orbán said he had asked for the conclusion of the Article 7 procedure against Hungary to take place by the end of 2020 under the German EU presidency. He said he saw no obstacles to closing the procedure. German Chancellor Angela Merkel said she would work to conclude the procedure within that deadline, but made no promises, Orbán said.

Orbán said Hungary had also called on the European Council to scrap funding for politically active organisations “posing as NGOs”. The proposal generated a strong backlash, he added, but the Hungarian government was keeping the issue on the agenda.

Meanwhile, the government has taken big steps to stop EU funding from being tied to “politically and ideologically motivated conditions”, he said. Hungary is committed to the rule of law but will not allow “unfounded political accusations to be gathered under the umbrella of a concept of the rule of law that lacks clear-cut legal definitions”. “What the European Left calls rule of law is a rule of blackmail,” he said, adding that Hungary and Poland had jointly thwarted attempts to bring procedures that would harm Hungary’s financial interests.

Orbán noted that the European Council will hold a special session on Thursday and Friday to discuss the Greece-Turkey conflict.