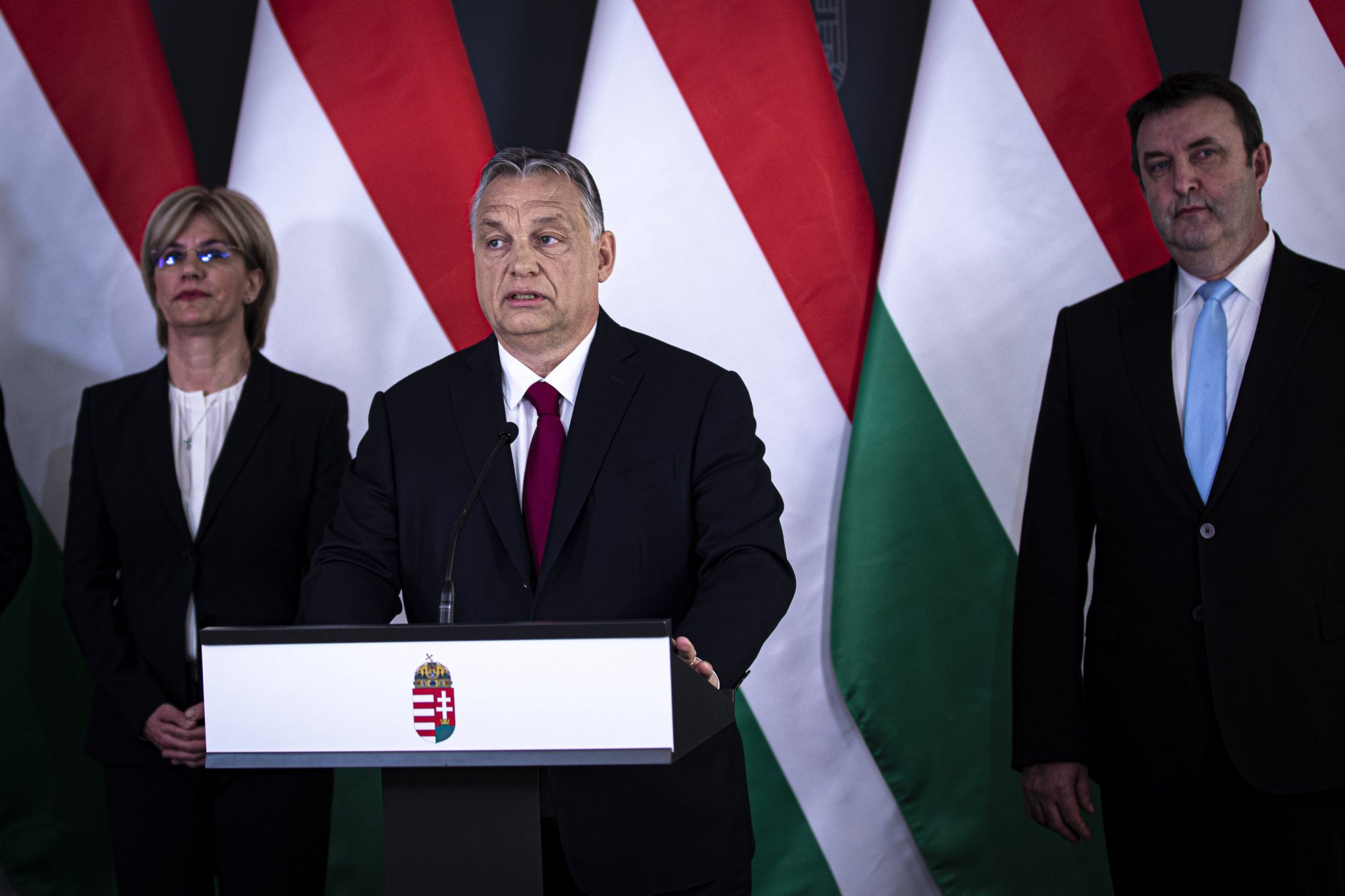 The government aims to create as many jobs as the number of jobs destroyed by novel coronavirus, Prime Minister Viktor Orbán told public news channel M1 that no Hungarian would be left alone.

“After ten years of hard and persistent work, Hungary was just on the right track when the coronavirus epidemic arrived in Europe and threatened everything we have worked for,” Orbán said.

He said Hungary dedicated itself to financial stability and responsible fiscal management ten years ago, and this would not change now.

An economic protection action plan will be implemented in three stages, he said. “We have already taken the first step involving the reduction in social security payments, help offered to those paying KATA simplified business tax and the suspension of bank loan repayments,” he added.

The next step starting on Monday comprises five measures, he said. The entire action plan will involve reshuffling 18-20 percent of GDP, including schemes launched by the central bank, he said.

The government must deviate from the 2020 budget under the changed circumstances and raise the budget deficit from 1 percent to 2.7 percent of GDP this year, Orbán said. A resolution on this will be published on Monday, he added. 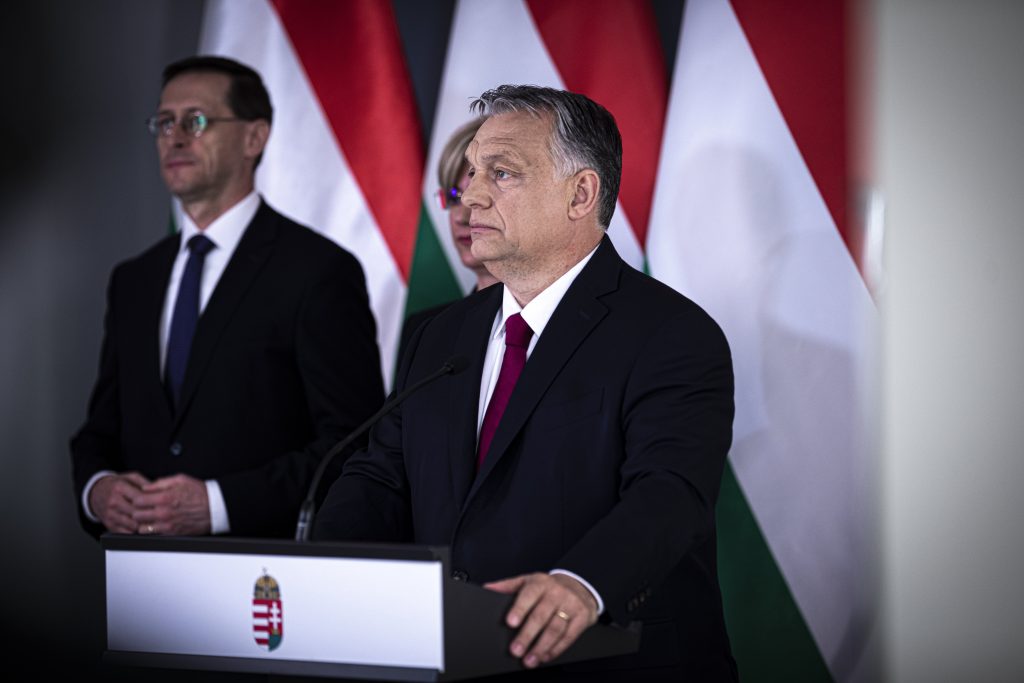 The first of five measures currently introduced aims at preserving jobs, he said.

In order to preserve jobs, the government will subsidise the wages of employees whose working hours are reduced, representing a special Hungarian form of wage support, Orbán said.

As part of a family and pension protection scheme, the government will reintroduce in four phased steps the earlier system of granting a 13th month’s pension to seniors, he added.

Now we must save jobs, but we cannot forget about pensioners: our parents and grandparents, who are the most vulnerable in the current situation.”

Under another programme, companies in key sectors of the national economy will be provided loans with interest subsidies or state guarantees worth a combined 2,000 billion forints under the government’s economy protection plan, Orbán said.

Additionally, the government will provide 450 billion forints of support for investments, he said. 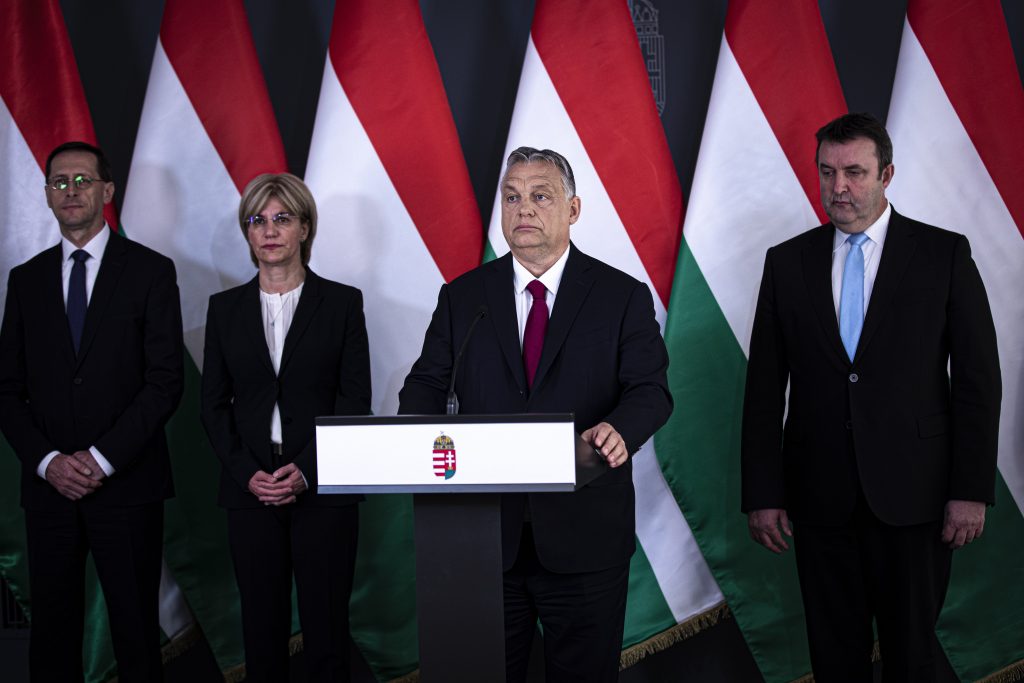 Commenting on the distribution of tasks within government, Orbán said he had asked Innovation and Technology Minister László Palkovics to coordinate the government’s economic protection programme, while Andrea Mager, minister for national assets, will be in charge of inducting state-owned companies into the scheme.

The prime minister also said that Finance Minister Mihály Varga was expected to raise the necessary funds for the scheme while ensuring fiscal discipline at the same time.