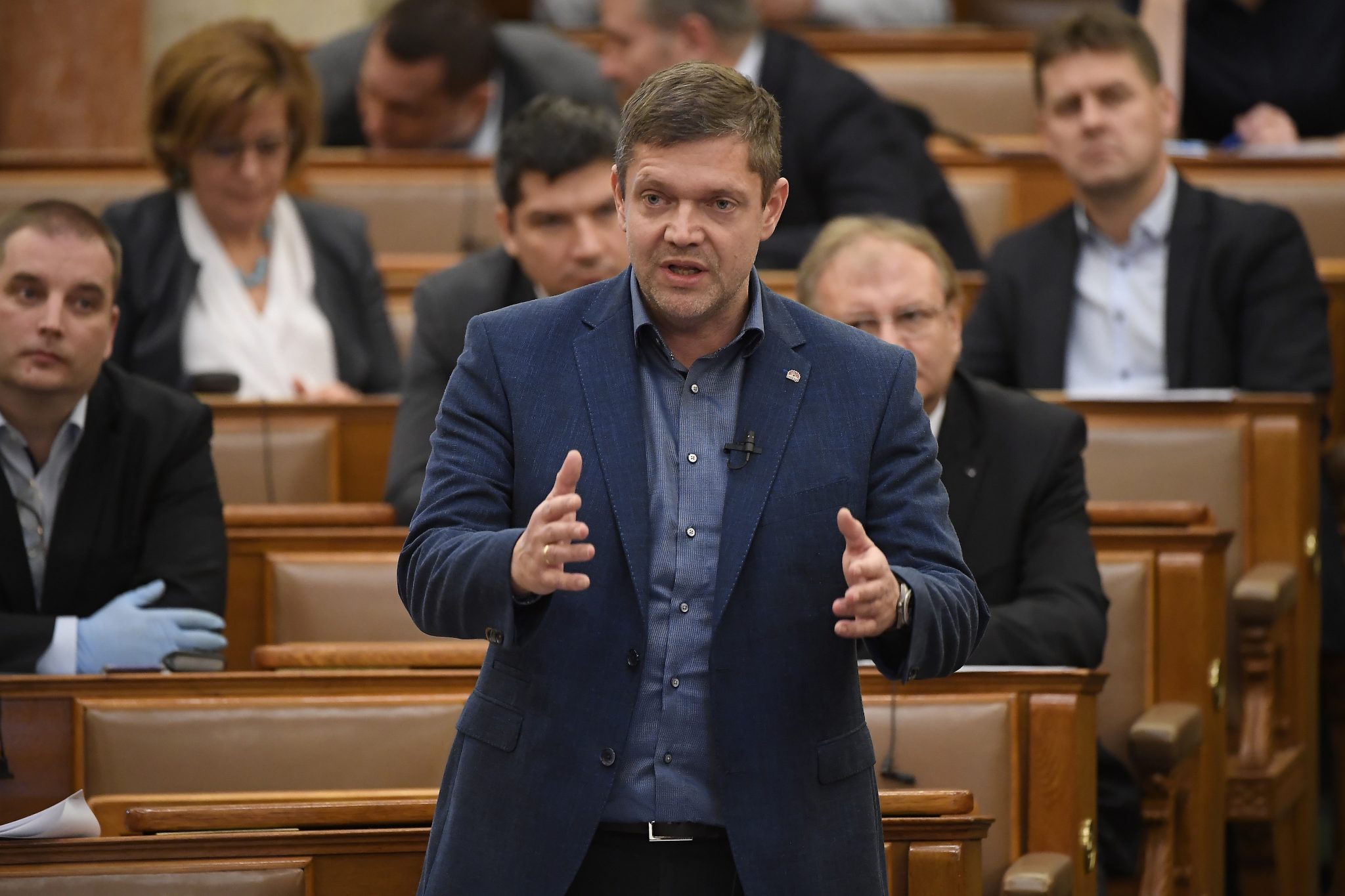 Hungary’s opposition parties on Monday slammed the government’s economic protection measures in connection with the novel coronavirus epidemic as “inadequate and weak”.

Lukács said the government bill before parliament “contains legislation that has nothing to do with protection efforts”. He decried government legislative attempts to make “a major investment confidential and help oligarchs expand their estates”.

Regarding measures announced by Prime Minister Viktor Orbán on Monday, Lukács said they were a “PR move” rather than a solution.

Regarding the package of bills before parliament, Tóth insisted the prime minister was “exploiting the tragic situation” to give “land, money and privileges to his oligarchs”.

Gergely Arató, DK‘s deputy group leader, called on the government to accept the European Union’s financial help and channel those resources towards protection efforts and helping those in difficult circumstances.

Párbeszéd‘s Bence Tordai accused Orbán of “playing the dictator” and “throwing the constitution and the EU’s basic treaty under the bus” to deflect from how “small and weak” the protection plan was. The priority should be to ease the suffering of the sick and those losing their jobs, he said, calling for the introduction of a basic income during states of emergency.

LMP‘s Antal Csárdi said “weakening local authorities on the frontline of protection efforts” worked against the response efforts to the virus. Local authorities are using their own resources to take care of the elderly, patients in quarantine and potential virus carriers, he said, accusing the government of failure to provide funds.

Momentum spokesman Miklós Hajnal warned that the fate of those losing their jobs due to the epidemic was still uncertain, as was compensation for those losing most or all of their income.

Independent lawmaker Bernadett Szél called for a solidarity tax on people who profited from their connections to the government. She also called for large investments to be halted and for the practice of “siphoning monies from the economy” and “government propaganda” to cease.

In response, ruling Fidesz called the opposition’s behaviour during the epidemic “outrageous” and “shameful”. While Hungarians’ lives and jobs are on the line due to the epidemic, “the opposition is still busy finding ways for opposition mayors and local authorities to avoid shouldering the tasks and costs weighing on everyone,” the party said in a statement.