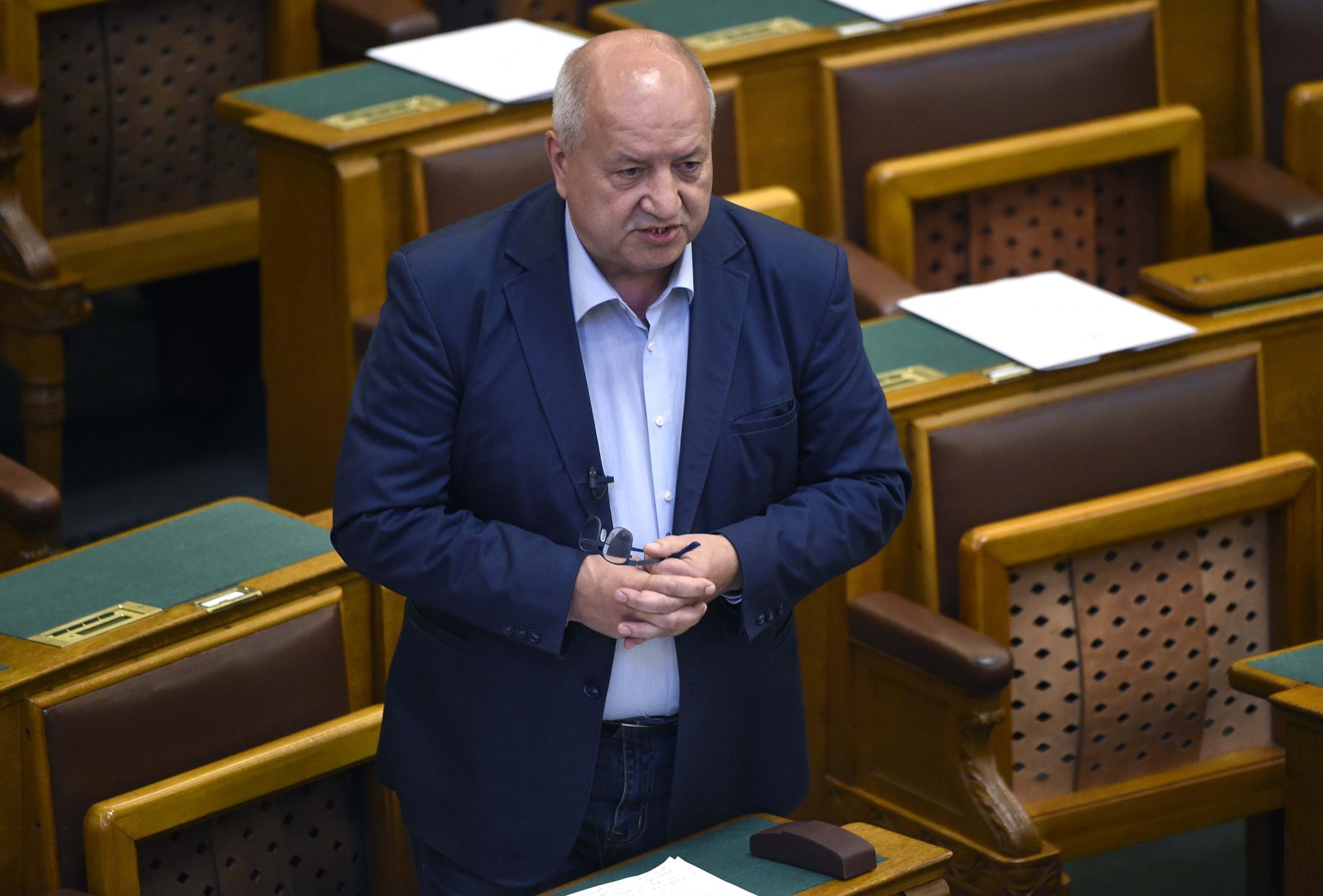 On Sunday afternoon, the Socialist Party (MSZP) posted a video on its official Facebook page of Lajos Korózs, MP of the party, talking to Athina Németh, a paramedic, about the victims of the government-ordered evacuation of hospitals. In the video, the woman talks about her announcement on Facebook stating that she could help provide care for ten patients who were sent home from the hospital. According to Németh, nine out of ten patients died in ten days because of the “irresponsible government action.” Since then, however, the National Ambulance Service has said in a statement that the woman in the video does not work for them.

In the video, the Socialist politician indicates that the woman is an ambulance officer, but the woman also speaks of herself as a paramedic. In the video, Athina Németh recounts that at the time of the hospital evacuations, she announced on Facebook that she could help care for ten patients sent home due to the “irresponsible government action.” However, she said that nine of the ten patients died in a matter of ten days. The conversation also recalled three specific cases.

As we have also reported, according to the instructions of the Ministry of Human Resources (EMMI), at least 60% of the hospital beds had to be vacated by April 15th. Then it was published on official government website koronavirus.gov.hu that the government plans to empty 50% of the publicly funded bed capacity of hospitals, which would have risen to 60% in the next phase. This meant a total of 39,500 beds.

However, the National Ambulance Service (OMSZ) has responded to the video in a post on Monday, writing, among other things, that the woman had nothing to do with the organization, and was not on the register of health professionals either.

They wrote that “emergency service workers are outraged by a video uploaded to the internet in which a woman introduced as a “full-time ambulance officer” commented on the patients she was caring for, illustrated by a series of images shot in front of the National Ambulance Service headquarters and ambulance cars. Strangely, Athina N., who described herself as “a paramedic for 43 years,” is unknown to any of the paramedics questioned and is not on the register of either the National Ambulance Service or Hungarian health professionals.”

Since the statement from OMSZ was published, the video is no longer available on the Socialists’ social media page. The party commented on the subject that “Lajos Korózs spoke in a video posted by the Socialists on Sunday to a lady who volunteered to be a nurse in her spare time trying to help people discharged from the hospital, but nine of her ten patients still died as a result of the irresponsible government action.

The woman in question, who speaks in the video works as a paramedic for a private provider, a company that had been cooperating with the National Ambulance Service for many years even before the health emergency was declared. Moreover, in the fight against the coronavirus, their daily work is coordinated by the OMSZ. The ambulance service itself acknowledges that patient carriers are also involved and assist in the life-saving work of the OMSZ, just as the woman in the video.”

The woman was a guest on ATV’s Egyenes beszéd on Monday night, where she confirmed her statement that she had been working as a paramedic for 43 years, but had never been a member of the National Ambulance Service. She claimed that there is a private ambulance service that has been operating in Hungary since 1979, where she also works, but she did not want to name the ambulance service in question.

At the same time, pro-government newspapers are talking about fake news and falsification of data in their articles, and the Magyar Nemzet even called Korózs to ask if everything was okay with the ominous video and why it was removed.