Coronavirus: Is it Too Early to Lift Restrictions?

The strict measures introduced because of the COVID-19 pandemic were relaxed in the countryside in Hungary last week, while this weekend a decision will be made about lifting restrictions in the capital as well. Many rightly ask themselves whether easing measures comes too early or at the right time? Why did we have to keep the quarantine so strictly for months when we can now return to our “old,” ordinary lives with almost no restrictions? Do we have to prepare for a second wave of the epidemic? Analysis by Dániel András Vargha, student of the Medical University of Vienna.

The Hungarian Prime Minister Viktor Orbán announced in a video posted on his official Facebook page on April 19th that the epidemic in Hungary was expected to peak on May 3rd. Based on this expected peak date, 36,000 hospital beds were cleared in a hurry, a lot of money was invested in the development and acquisition of ventilators, while a “technical masterpiece” was realized with the construction of a container hospital in Kiskunhalas. Despite the extraordinary measures taken, restrictions were lifted in most parts of the country on May 4th, one day after the presumed peak of the epidemic. Isn’t this decision a bit premature in epidemiological terms?

First, let’s look at the numbers and compare them. According to a report by the European Center for Disease Prevention and Control, approximately 84-92% of those infected are not recorded in the system, while the proportion of patients who test positive is approximately 7-12%. 60% of patients who visited the hospital because of COVID-19 only had mild symptoms, while 30% needed inpatient treatment, and 2.4% needed mechanical ventilation. A week ago, the Hungarian numbers differed from other European countries: 52% of those affected needed inpatient treatment and 3.1% were severely affected by the disease and required ventilation.

In the most pessimistic case – and most scientific calculations are pessimistic – 2.5 million people could be infected in Hungary, of which at least 14,000 would need medical care. Thankfully, we have been able to avoid this potential situation so far.

One of the most important epidemiological numbers is the reproductive rate of the disease. This shows us the number of people a single positive patient can infect. The goal of the Hungarian government is to keep this number at or rather below 1 if possible, which could theoretically lead to a flat epidemic curve. If this number increases to greater than 1.2, the current ventilator capacity would only be sufficient until September. The picture below shows the clear difference between the reproductive rates R=1 and R=1.3. To prevent the virus from spreading further, the reproductive rate must be less than 1 in the long term, which would mean that an infected person can infect less than one other person. 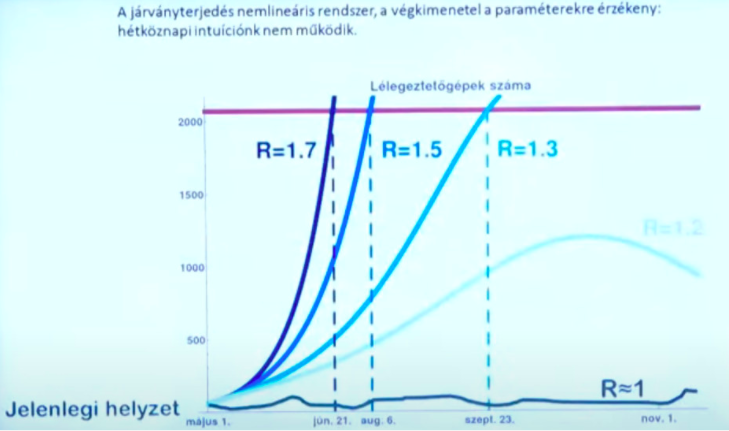 From the illustration, one can logically deduce that the easing of restrictions may only be introduced gradually and that lifting the rules early can be costly to the country. However, the actual effects of the decision can only be observed approximately 2 weeks after the introduction of relaxed measures.

If you reduce personal contacts, there is less chance of spreading the virus further.

Due to people limiting their contacts, the reported number of new infections decreases every day. According to estimates, 80-90% of contacts in Hungary were reduced thanks to the discipline of the population. But that doesn’t mean that from now on we can behave completely without discipline. No. The first wave is over but we still have to prepare for a possible second wave. As the Latin saying holds “amat victoria curam” which translates to English “victory favors those who take pains.” With previous experience and preparation, we have a better chance of avoiding a disaster.

We have to keep in mind that in the history of epidemiology there has often been a second or even third wave in the case of many diseases. The best example of this is the Spanish flu, with the second wave having even worse consequences than the first, as the picture shows below:

Three waves of the Spanish flu (H1N1) and the number of deceased. (source: NCBI)

However, it must be emphasized that the two diseases (the Spanish flu and COVID-19) are not comparable in all aspects.

Many countries in Europe believe that they can breathe a sigh of relief, but as Germany‘s example shows, everyone must be careful. After lifting the restrictions, the reproductive rate has risen to 1.1. in Germany and it is currently the 7th most affected country in the world by the virus. There are a total of 170,000 people infected in the country, out of which 7,395 have died; however, Germany is still among the top countries in terms of the mortality rate of the disease with 4.35%, while in Hungary this number stands at 12.9%, and worldwide it is 6.7%. This shows that Germany is among the countries that could control the disease in good time.

From April 3rd to May 10th, there were no newly infected people in Wuhan, but recently a man became ill and is currently in critical condition. His wife is also infected. In another Chinese city, Sulan, several people became infected with coronavirus, thus the schools have been closed and public transport is now limited in the city.

On the other side, Swedes were the first to introduce no security measures at all. They believed from the beginning in herd immunity. In Sweden, a total of 27,909 people fell ill, of which 3,460 have died. This shows that the mortality rate is similar to ours, it stands at 12.4%. However, although there were no strict restrictions introduced in the Nordic country since March,  the healthcare system was not overwhelmed. But Sweden’s decision also has negative consequences. Lena Hallegren, the Swedish Minister of Healthcare, ultimately recognized that the Sweden had failed to protect the elderly in care homes, as 90% of the deceased are over 65.

One thing is certain. About 50 to 70 percent of the population should have to go through the disease in order for natural immunity to arise in the population. Of course, this only works if people cannot get infected multiple times. Until there is effective medication, we need to keep the reproductive rate below 1 if possible and continue to closely monitor the virus, and alternately sharpen and relax the measures when needed. 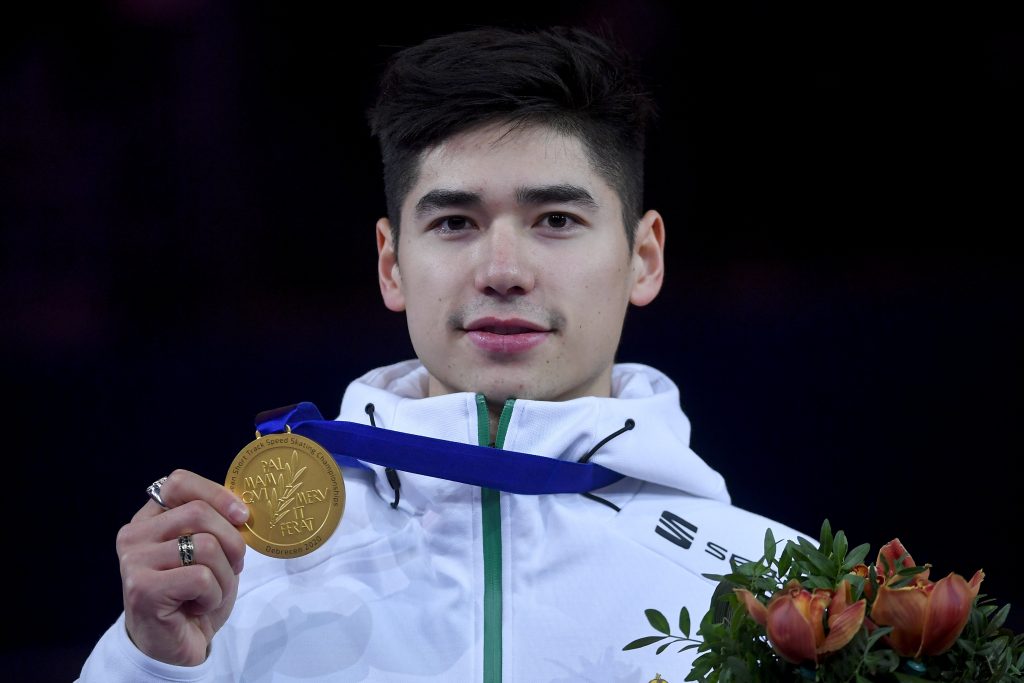 Olympic champion short track speed skater Shaoang Liu, who was part of the relay team that won Hungary’s first Winter Olympic gold medal in 2018, tested positive for Covid on Monday. The Olympic champion athlete will be unable to travel with his teammates, who are scheduled to leave for Beijing on Wednesday morning. Shaoang Liu […]
Péter Cseresnyés 2022.01.25. 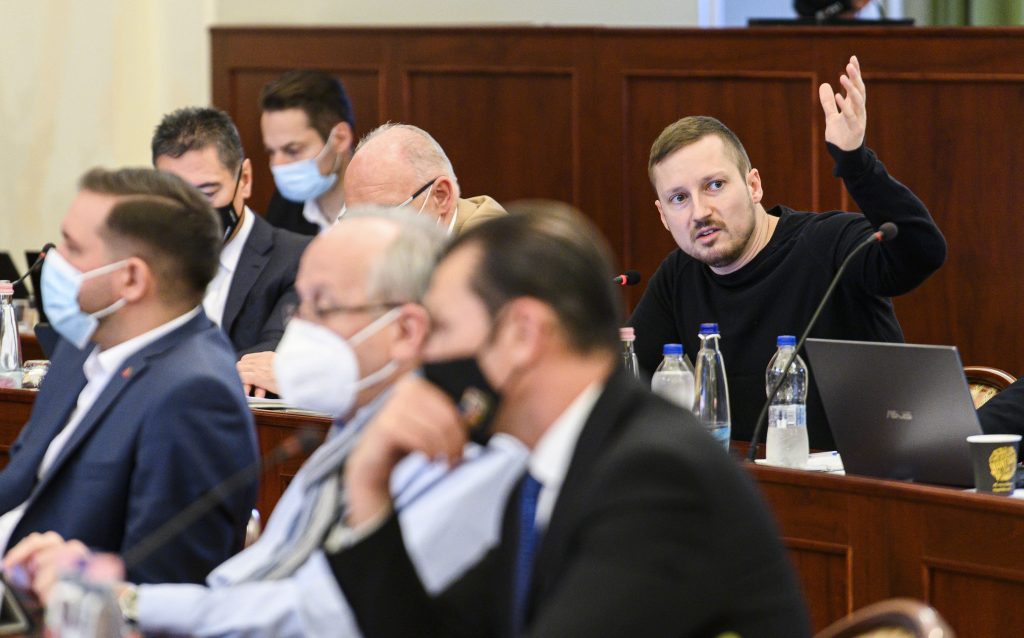 The municipal assembly of Budapest’s committee examining alleged plans to sell City Hall, produced a report on the investigations on Monday, concluding there had been no decision to sell the landmark building. The body also established that no evidence had been found about the operation of the “commission system” mentioned on the audio recordings. The City […]
Ábrahám Vass 2022.01.25.