Coronavirus: Every Third Patient Got Infected in Hospital 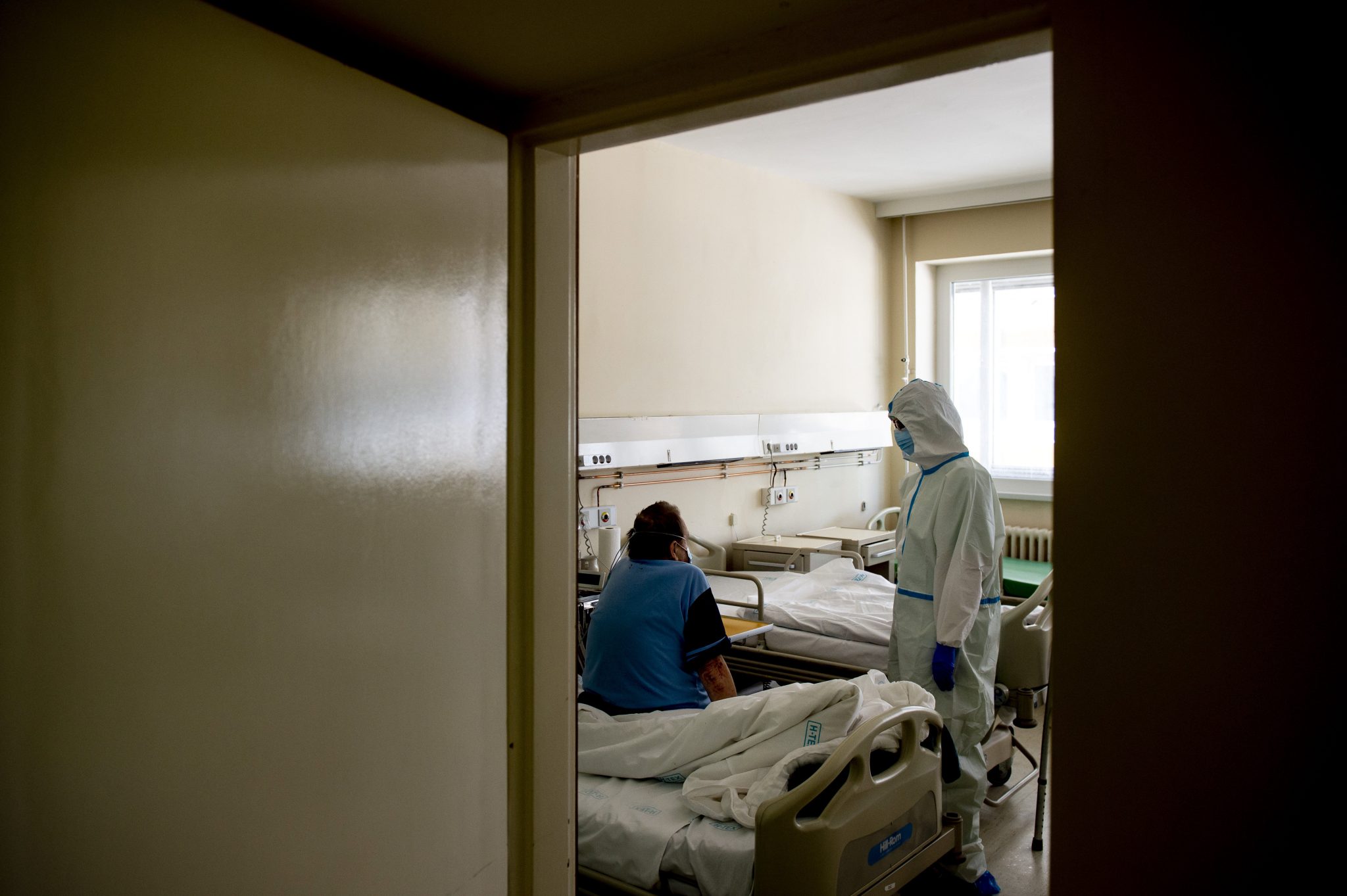 According to statistics, from the end of May, 639 patients out of the 1,818 total cases diagnosed with coronavirus at the time, tested positive for the disease in healthcare facilities, suggesting that every third patient was infected in a hospital. This also supports the suspicion that the coronavirus was brought into nursing homes by patients previously receiving hospital care, index.hu discovered.

On Wednesday, the government-critical news portal sent an e-mail with several questions concerning the coronavirus epidemic to the Budapest Mayor’s Office, to which they received a response. In one of the questions, they inquired about the exact proportion of those coronavirus patients who were infected while hospitalized. In response, the Mayor’s Office attached the response of National Chief Medical Officer Cecília Müller, dated from May 28th which shows that by then, of the 1,818 people who had been confirmed to have COVID-19 infection by PCR, the infection was detected in 639 people in healthcare institutions in Budapest.

These statistics indicate that every third infected person was infected while hospitalized. According to index.hu, this also supports the suspicion that the coronavirus was also brought into nursing homes by patients receiving hospital care. In 6 cases, people living in nursing homes were hospitalized with a negative coronavirus test and then caught the infection there, four of them subsequently died.

The news portal also asked whether the Municipal Government plans to introduce any new rules for transporting people from nursing homes to hospitals in preparation for a possible second wave of the coronavirus epidemic. According to the Mayor’s Office, a negative test carried out at the hospital will be a condition before returning to the nursing home because it is the most effective way to protect healthy residents from infection. Currently, the visitation rules at care facilities are also subject to stricter restrictions.

It is only possible to visit residents at certain times, in the courtyard in a mobile receiving area designed for this purpose, with a transparent wall in order to keep a safe distance, and in a reception area designated for visits in a ground floor room. Nursing home residents can only be visited by one relative at a time, and residents’ clothes are disinfected by a spray after each visit before returning to their rooms. Visitors’ body temperature is also checked before visits and documented by staff at the facility. A package can be received or sent, but it can only reach the residents after disinfection.

Coronavirus: Mayors Call on Gov’t to Test Hospital Patients before Sending Back to Care Homes

The Budapest Mayor’s Office wrote in the letter that by the instructions of Budapest Mayor Gergely Karácsony, a general survey was started in nursing homes based on the requests and experiences of the heads of institutions. With the help of the professional survey and the involvement of experts, comprehensive material has been prepared which takes into account what needs to be done to improve living conditions and health security, broken down by institution. This will be discussed by the mayor’s office in the coming weeks. In addition, the mayor has already initiated that the maintaining bodies of the nursing homes – be it the state, local governments, churches, or private companies – will jointly draw from the experiences of the epidemic and determine the necessary changes.

At the peak time of the coronavirus epidemic, positive coronavirus infections were registered in several nursing homes around the country. The worst situation was reported in the care home on Pesti road, run by the municipality of Budapest. The first coronavirus patients were discovered in early April, and the epidemic swept through the institution of more than 500 people. Until mid-June, more than three hundred residents and more than thirty workers became infected with the coronavirus, while more than 50 elderly residents died from the virus.

After the disease spread in the care home, a blame war broke out between the maintaining metropolitan municipality and the government, both shifting the responsibility to the other. Mayor Gergely Karácsony said that the disease could have entered the institution because several patients returned to the care home without being tested after their hospital treatment.

Meanwhile, the competent government office and the National Chief Medical Officer also inspected the home several times, and several investigations have begun on the case. The authorities said that no full-time doctor was found at the care home, while Minister of Human Resources Miklós Kásler told the National Assembly that patients taken from the institution to the hospital were in poor condition, with 97% dehydrated and 44% suffering from bed-sores.

These claims have been refuted by the capital several times – however, the government office fined the nursing home twice. One of the investigations has already been closed, and the maintainer, the Metropolitan Municipality, has been found liable for the spread of the disease due to the deficiencies found there. However, the decision has been challenged by the Metropolitan Municipality in court.