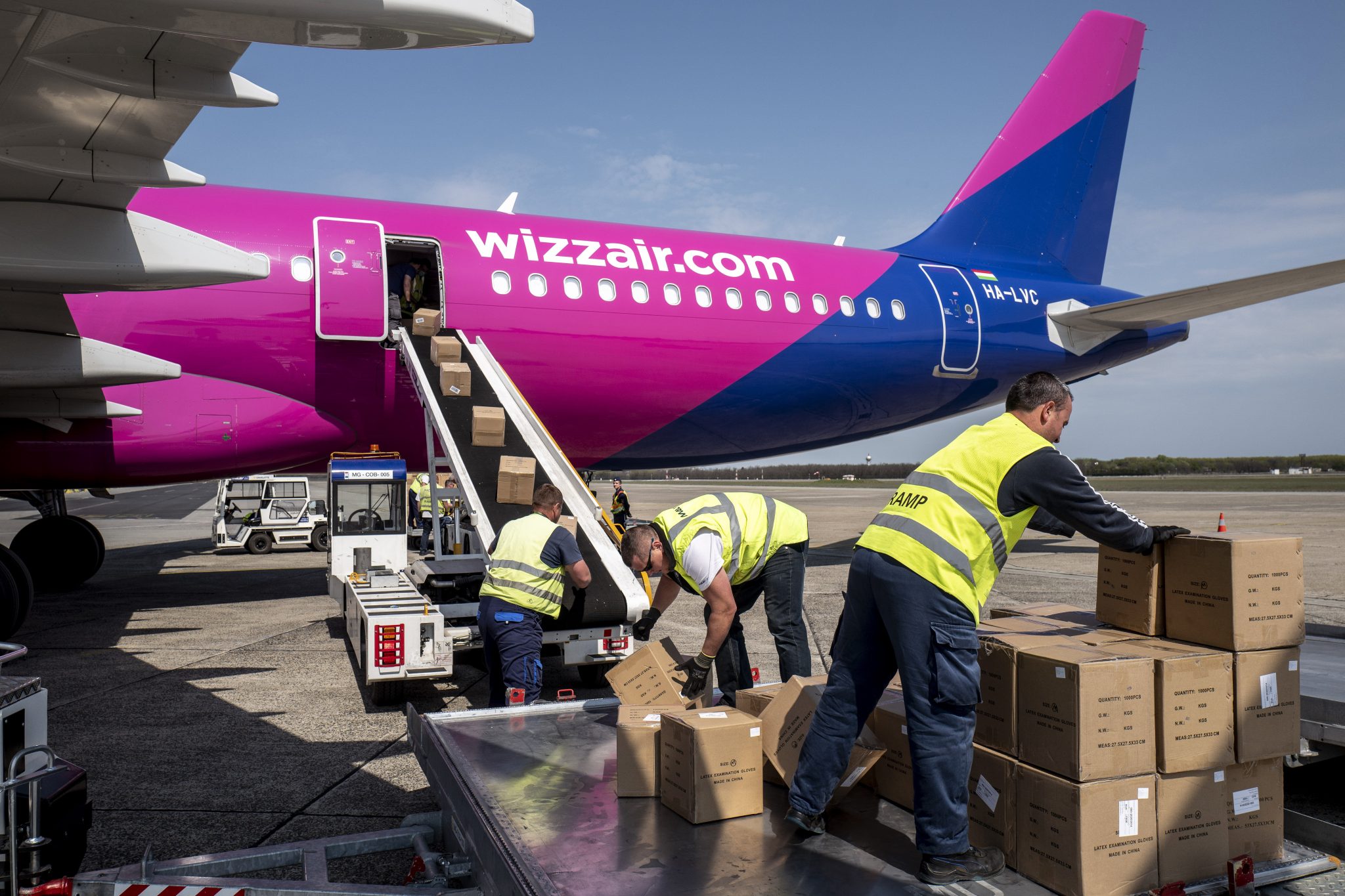 Hungary received significant new consignments of protective gear on Saturday. Róbert Kiss, spokesman of the operative board that coordinates the country’s response to the novel coronavirus epidemic, told an online press conference that 193 boxes of surgical masks, 2,000 boxes of gloves and 1,479 boxes of protective clothing, totalling nearly 20 tonnes in weight, expected to arrive at Liszt Ferenc Airport.

Since then, Minister of Foreign Affairs and Trade Péter Szijjártó has announced on Facebook, that 6 million masks and 3 million gloves were delivered to Hungary from China through the air bridge between the two countries.

Szijjártó emphasized that since the opening of the air bridge, Wizz Air’s aircrafts have flown back and forth between China and Hungary about fifty times, adding that the performance of the airline plays a very important role in the defense against the epidemic.

Another Six Aircraft Land in Budapest with Protective Gear

The new contingent of masks and gloves were delivered by four planes from two Chinese cities. The equipment will be brought to the central warehouse after completion of customs clearance and quality control, and from there it will be distributed among hospitals and clinics, he added.

Szijjártó also said that many Wizz Air and other commercial planes will have to travel the same route in the coming weeks.