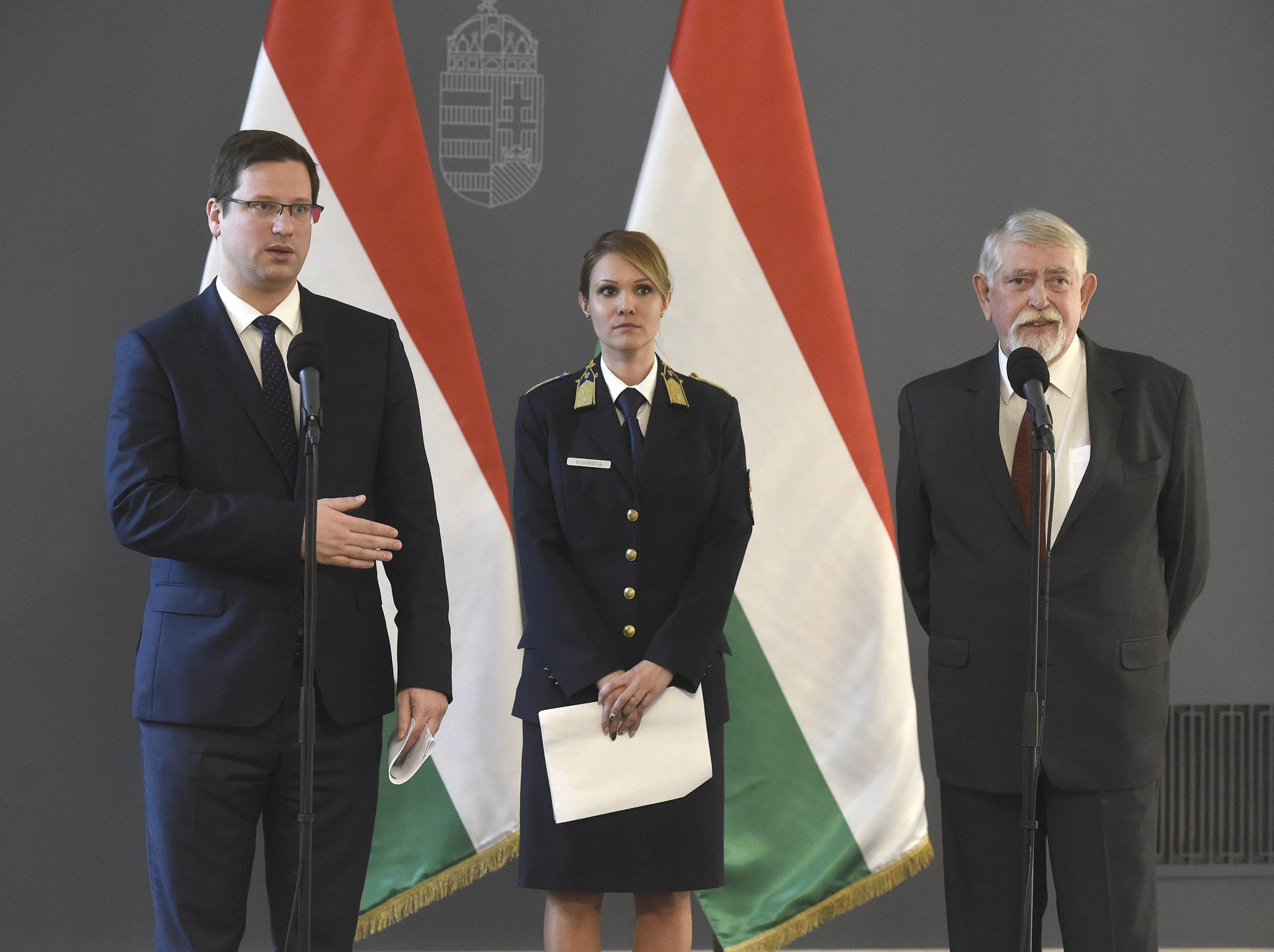 The government is still not aware of any cases of the new virus being present in Hungary, Gergely Gulyás, the head of the prime minister’s office, told a press conference on Wednesday.

Gulyás noted coronavirus is spreading in Europe, adding that there was little chance Hungary could avoid COVID-19.

He said the government knew of two Hungarians who had contracted the virus: a woman living in Vienna and a man on a boat in Japan. He added that Hungary was prepared to offer immediate help to any affected Hungarian individual no matter where they were in the world. Those who asked have been transported from Wuhan back to Hungary. The Hungarian authorities also monitor any developments connected to the Hungarian man on the Japanese boat and if necessary, returning Hungarians will be provided with a quarantine.

The press will be immediately informed if any person in Hungary is identified to carry the virus, he said, adding that

There’s no room for spreading fake news, which is anyway a criminal act,”

In response to a question, Gulyás said an operative board would decide whether a quarantine had to be set up anywhere. Considering that currently there are no reported cases in Hungary, there is no need for such a decision to be made but once a high number of cases are reported from anywhere, there will be a quarantine established, he added.

The PMO Head said that for the time being, the effect of the epidemic of the Hungarian economy cannot be assessed.

Gulyás said there were five Hungarians among the thousand people quarantined in a hotel in Tenerife. According to the latest information, they are well and the foreign ministry keeps in touch with them, he added.

Gulyás said all air passengers arriving from China, South Korea and northern Italy were being checked for high body temperature.

Coronavirus operative board: even if the virus appears in Hungary it is no cause for panic

Spokeswoman of the operative board Kinga Láng-Bognár said even if the virus appears in Hungary it is no cause for panic and it does not automatically represent an epidemic.

The board continues to advise against visits to infected areas, including northern Italy, and asks state-run primary and secondary schools not to organise trips to such areas, spokeswoman Láng-Bognár said.

Coronavirus Call Centre Set Up by Operative Board

Those who cannot avoid going to northern Italy are asked to register with the consulate or the operative board, she added. Staff in hotels and other accommodation facilities along main travel routes are asked to cooperate in screening cases of infected individuals, she said. Disinfectants and thermometers will be made available on international rail services operated by MÁV and GYSEV and train conductors will get special training, she added.

The public media has been instructed to introduce extraordinary procedures in case the coronavirus appears in Hungary, she said.

The board is asking all individuals returning from infected countries to immediately contact their GP by phone if they notice signs of the virus and to avoid visiting public places.

Kinga Láng-Bognár said stricter controls have been introduced at public road border crossings, with special regard to those arriving from Italy. Screenings at the airports are also maintained for travellers arriving from China, South Korea and Italy, she added.

Human Resources Minister Miklós Kásler said Hungarian procedures in connection with the new virus were slightly stricter than those generally applied in Europe.

On Tuesday all GPs received the current, third version of the Hungarian procedure connected to the COVID-19 virus, Kásler told a press conference. This details how coronavirus can be identified, who must be contacted if there is a suspicion of infection and where the patient must be forwarded to, he added.

The minister said the Hungarian procedure has been adjusted to the current situation. If anybody arrives from an infected area and appears likely to be infected, then they must go into quarantine, but if the suspicion of infection is low, then they must be kept under observation only, he said.

Kásler said the measures lean away from overreaction while keeping measures for worst-case scenarios on the table.

In response to a question, the minister said the symptoms can be diverse and many people do not even notice them. The Hungarian in Japan can return home once his test is negative, the minister added.

In the featured photo (from left to right): Gergely Gulyás, Kinga Láng-Bognár, and Miklós Kásler. Photo by Noémi Bruzák/MTI