Ujhelyi suggested that the government sought to finance most of its economic protection measures during the coronavirus epidemic subsequently, using a “Brussels loan”. He added that the government had applied for a European Commission programme and was eyeing a loan of 180 billion forints (EUR 500m).

According to the ministry, the EU launched its SURE programme aimed at providing members with funds to refinance their job protection measures back in May, and it was “inevitable” for the Hungarian government to use that instrument. Hungary was the first member to pass the legislation required to participate in the EU scheme, the ministry said in a statement.

The statement said that Ujhelyi’s loan figure was also “misleading”, and argued that “Hungary has received approval for a sum as facilitated by the measures eligible under the SURE legislation”. It added that the EC had approved 15 different measures by the Hungarian government as eligible for refinancing.

Authors of the statement regretted that “the Socialist Party continues to stay away from contributing to efforts against the (coronavirus) epidemic, thwarting those efforts through misleading and false statements”. They also called on the opposition party “not to jeopardise Hungary’s participation in the (EU) programme”. 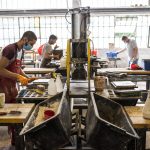