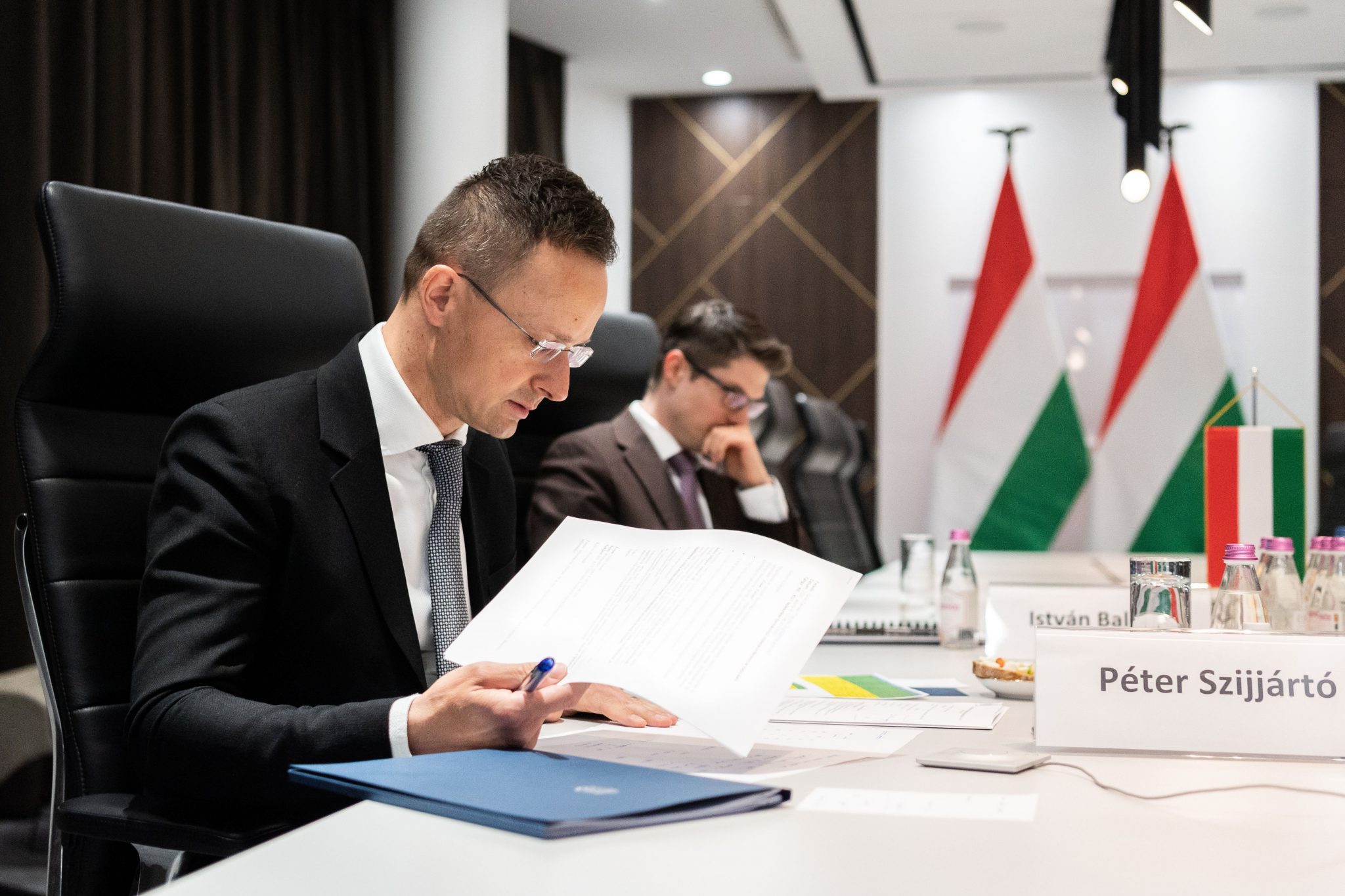 Hungary will continue to help other central and eastern European countries in their efforts to contain the novel coronavirus epidemic which is in line with the EU’s relevant policy, the foreign minister said on Wednesday, after a video conference with EU development ministers.

The video conference was initiated by Josep Borrell, the EU’s foreign affairs and security policy commissioner, to discuss the distribution of 15.5 billion euro assistance the EU has set aside as a bloc to help troubled countries in the western Balkans, in Africa and Asia, Péter Szijjártó told a press conference on Facebook.

The EU commissioner has asked every member state to provide help to troubled countries outside the bloc, Szijjártó said.

Hungary has so far provided 600,000 face masks and 30,000 protective suits to neighbouring Serbia, Croatia and Slovenia, as well as to North Macedonia and the Bosnian Serb Republic, he said.

Concerning supplies, Szijjártó noted that Hungary had so far received from China consignments of 36 million masks and a machine line for the production of an additional 2.8 million masks per month. This is what Hungary can provide for the countries in need, he said.

Szijjártó added that additional consignments of 5 million face masks, protective suits and 140 ventilators are expected to arrive in Hungary from China during the day.

The minister said that Hungary had helped some 130 citizens of other EU and non-EU countries return home.

The foreign minister, however, expressed concern over “certain European commissioners’ efforts to make things worse for Hungary by spreading lies and fake news about the country”.

The commissioners in question should rather help the member states in need, Szijjarto said.

Cooperation between the Czech Republic, Hungary, Poland and Slovakia has proved to be successful even in the current difficult period, with the Visegrad Group countries planning to intensify their joint efforts in the fight against the novel coronavirus, Foreign Minister Peter Szijjártó said on Wednesday.

The current situation has highlighted the practical advantages of V4 cooperation because all four members have helped one another in transporting citizens home from abroad, Szijjártó told an online press conference on Facebook after a videoconference with V4 counterparts. He also said that Polish doctors returning from Italy had been sharing their experiences with doctors in the other three V4 countries.

Eastern Partnership also featured on the agenda of the meeting, Szijjártó said, adding that the pandemic would “completely redraw the global economic and political map, a development the European Union should be preparing for”.

“As the EU will have a need for allies, friends and partners, it is obviously useful for it to develop closer ties with its eastern neighbours,” he said.

Szijjártó said he had agreed with his V4 counterparts to set up a 250,000 euro solidarity fund within the International Visegrad Fund for six partner states in the east: Armenia, Azerbaijan, Belarus, Georgia, Moldova and Ukraine. The ministers were also in agreement that “noticeable and drastic” steps were required to give a boost to the Eastern Partnership programme which had stagnated over the recent period, he said.

Szijjártó said he had proposed scrapping the EU sanctions against Belarus, stepping up NATO-Georgia cooperation, signing a new strategic agreement with Azerbaijan and making sure that Moldova receives the 70 million euros that the EU had approved but then refused to transfer citing an “unfair pretext”.