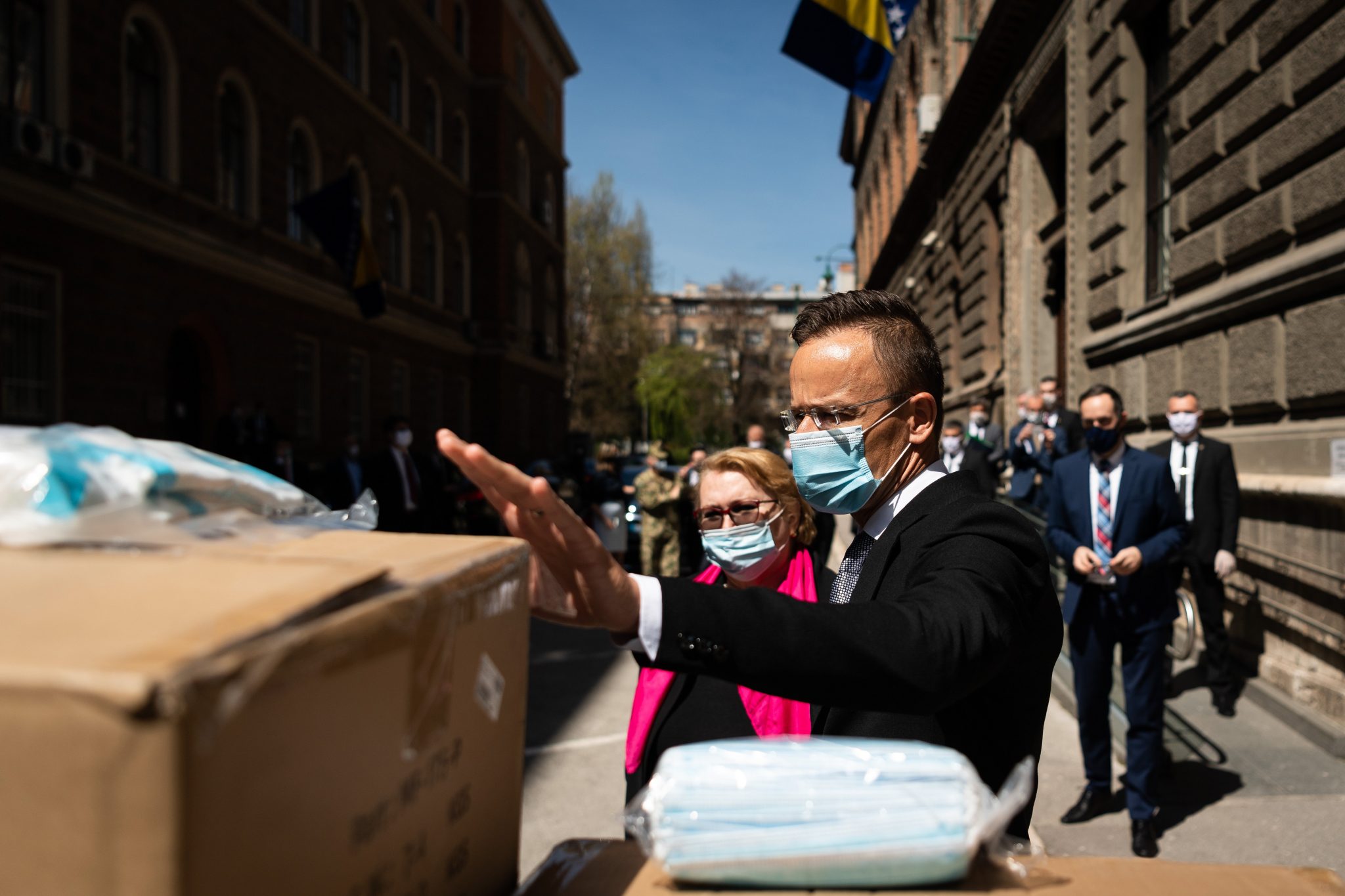 Foreign Minister Péter Szijjártó on Thursday handed over 200,000 face masks and 10,000 protective gowns to representatives of Bosnia and Herzegovina in Sarajevo and Banja Luka.

Szijjártó said Hungary, located “in the neighbourhood” of the Western Balkans, had an interest in promoting “peace, calm, stability, and prosperity” in the region. Bosnia and Herzegovina has a key role in those endeavours, he said.

Bosnia and Herzegovina is “on a migration route, therefore it is important that the country continues to do everything to stop migratory trends,” he said.

The Hungarian foreign minister had talks with his counterpart Bisera Turkovic and the security minister, Fahrudin Radoncic, as well as Serbian member of Bosnia’s state presidency Milorad Dodik.

After the talks, he said that participants were in agreement that “illegal migration is dangerous and must be stemmed”, adding that, in the current circumstances, migration “not only poses security risks but a very serious health hazard, too”. 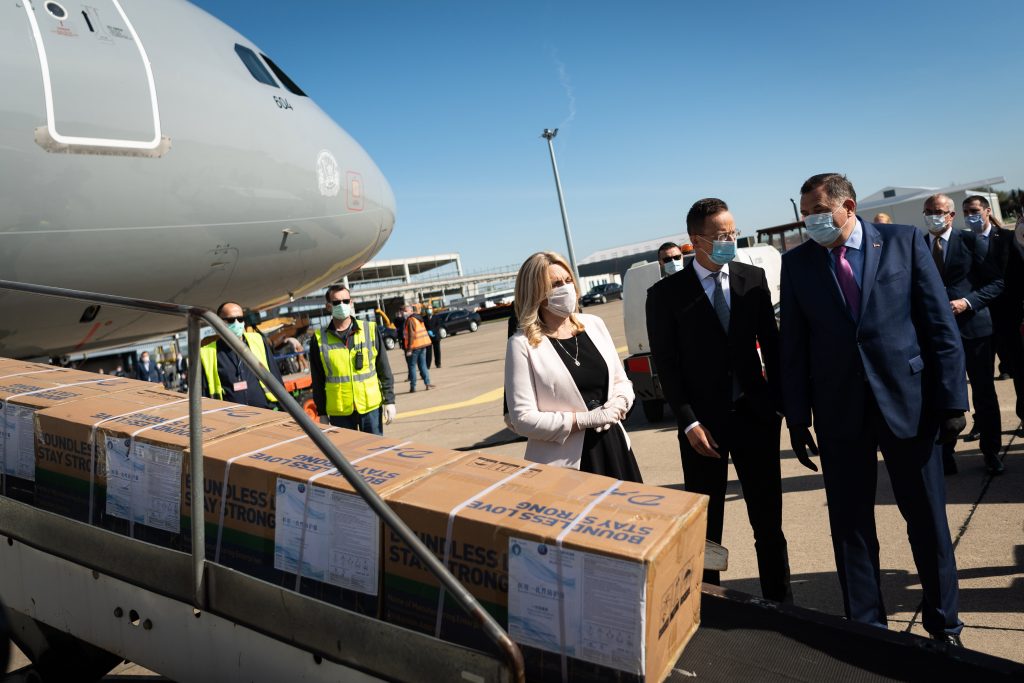 A few days ago, Bosnian foreign minister Turkovic wrote to EU foreign policy chief Josep Borell and to Hungarian Foreign Minister Szijjártó complaining that the Hungarian (and Russian) government were sending aid selectively to only one of the two entities in Bosnia, Republika Srpska (Bosnian Serb Republic). She said it was not in line with the principle of the equality of all citizens in Bosnia.

In the featured photo: Péter Szijjártó with Bosnian counterpart Photo by Mátyás Borsos/Ministry of Foreign Affairs and Trade