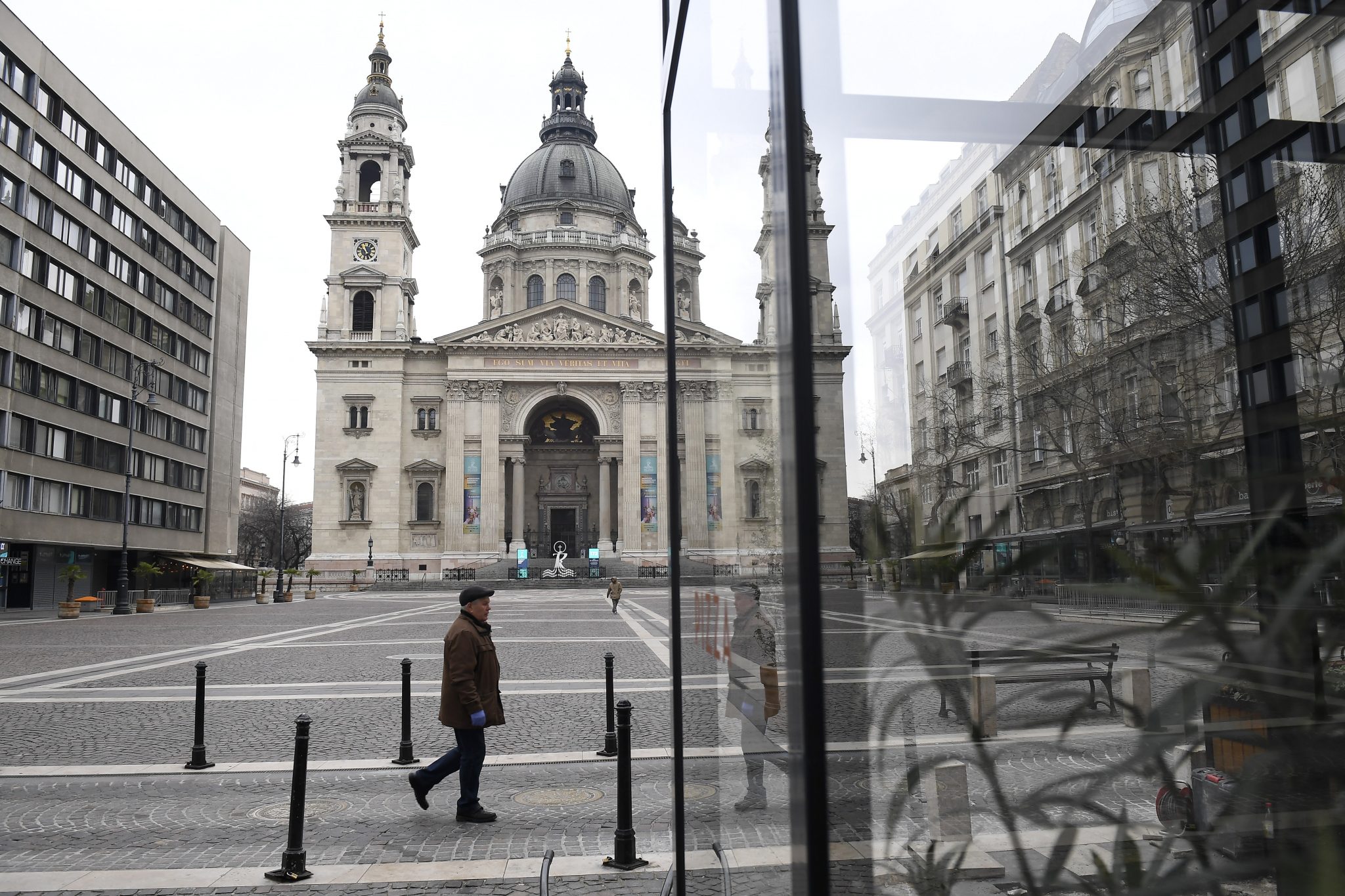 Hungary’s police force is ready to fulfil its duties concerning the curfew restrictions entering into effect from Saturday, the operative board coordinating the response to the novel coronavirus epidemic said on Friday.

The police will aim to encourage people to comply with the restrictions by imposing “reassuring, helpful and empathetic” measures in public spaces, Róbert Kiss, an official of the board’s emergency centre, told an online press conference.

Police will continue to monitor compliance with quarantine rules, he said. The authorities have ordered home quarantine in 5,032 cases so far and have conducted more than 39,000 inspections, Kiss added.

The data, he said, showed that Hungarians have understood the need to comply with quarantine regulations. At the same time, the authorities have had to fine 32 people for violations and have filed misdemeanor charges against 163, he said.

With the state of emergency ordered on March 11 coming to an end, restrictions on shops will be changing, he noted. Kiss said the authorities had fined 25 shop owners for violating the restrictions and filed misdemeanour charges against 44.

Police are still patrolling traffic at the border, he noted, adding that some border crossings were dealing with minor congestions.

In response to a question, he said Hungary could theoretically import protective equipment from any part of the world but has so far only be able to from the East. The government is on the lookout for other options, he added.

Concerning care for the elderly population, he said local councils could enlist the help of the civil guard to ensure that elderly residents have a steady supply of basic foodstuffs.

Cecília Müller, the chief medical officer, told the same press conference that the measures served to protect the entire population. The curfew is meant to further slow the spread of the virus and to protect groups most vulnerable to it, she said. The aim was “to flatten” the epidemic’s curve to prevent that a situation like in Italy could develop in Hungary, Müller added.

She named additional laboratories where tests for coronavirus infection are carried out in Budapest and in cities across the country beside Budapest’ public health centre NNK. These include a laboratory of the South-Pest Central Hospital (St László Hospital), four university labs in Budapest, Pécs, Debrecen and Szeged, and a lab in Győr.

Asked whether an extension of the curfew was possible, Müller said “any measure can be extended that may prevent the spread of the epidemic and help reduce the number of cases”. The curfew just announced will be in effect for two weeks, but further measures may follow, should the situation so require, she said.

Meanwhile, at a separate press conference, Human Resources Minister Miklós Kásler praised the efforts of Hungary’s health-care workers in their treatment of Covid-19 patients and overall handling of the epidemic.

Hungary, in a European comparison, “has been very fortunate” in the first phase of the epidemic, Kásler said, pointing out that the rise in infections had been delayed by 2-3 weeks compared with the rest of the continent. The minister attributed this to the preventive measures imposed by the government ahead of time and the health-care sector’s “organised reaction” to the spread of the virus.

At the current stage of group infections spread in communities, Hungary will have to spend the next 2-3 weeks concentrating on preparing the health-care system for the stage of mass infections, Kásler said.