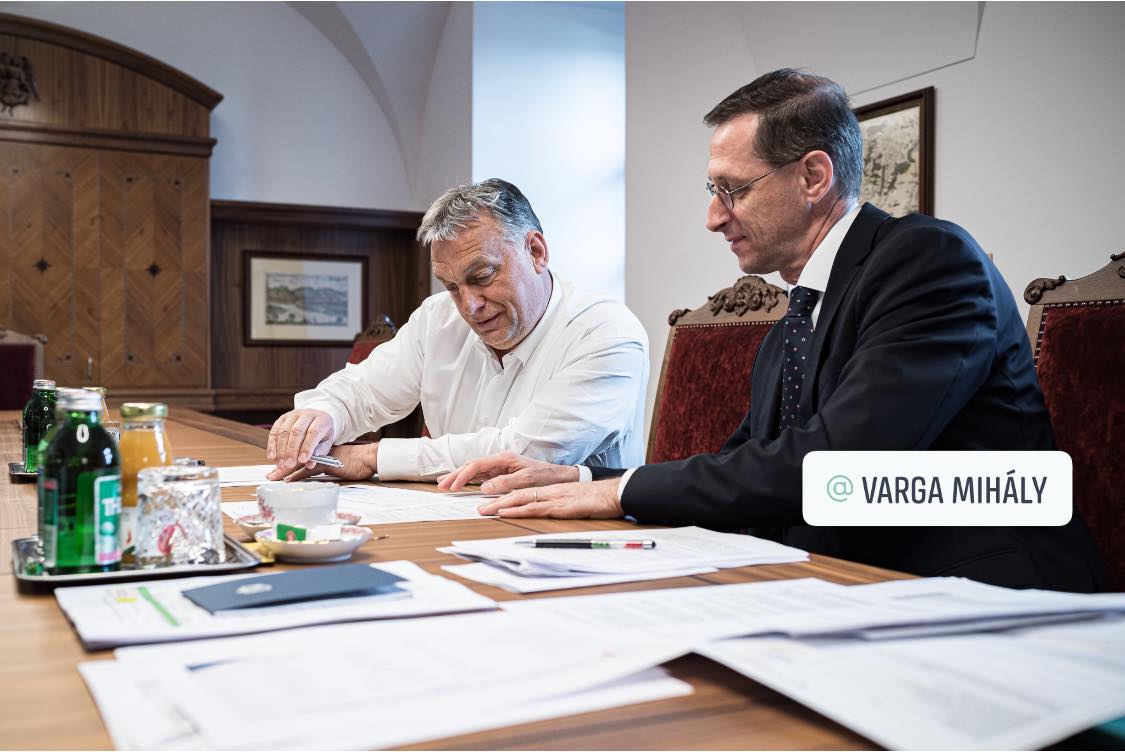 Hungary now targets its 2020 budget deficit, calculated according to the European Union’s accrual-based accounting standards, at 2.9 percent of GDP, according to a report submitted by the Central Statistical Office (KSH) to Eurostat.

Finance Minister Mihály Varga said late in March that Hungary would not be able to achieve its target of 1 percent of GDP this year due to the impact of novel coronavirus.

But the shortfall would likely be kept to below the 3 percent threshold stipulated by the EU’s Maastricht criteria, he said, adding that the budget has more than 400 billion forints (EUR 1.09bn) in reserves, leaving sufficient room to manage a 3 percent deficit. But if the economy needs to be restarted, the deficit could be higher, he added.

In the featured photo: PM Viktor Orbán and Finance Minister Mihály Varga working on the “budget overhaul” for 2020 and 2021. Photo via Mihály Varga’s Facebook page