Coronavirus: Hungarian Zoos Fighting for Survival, Ask for Help to Feed and Care for Animals 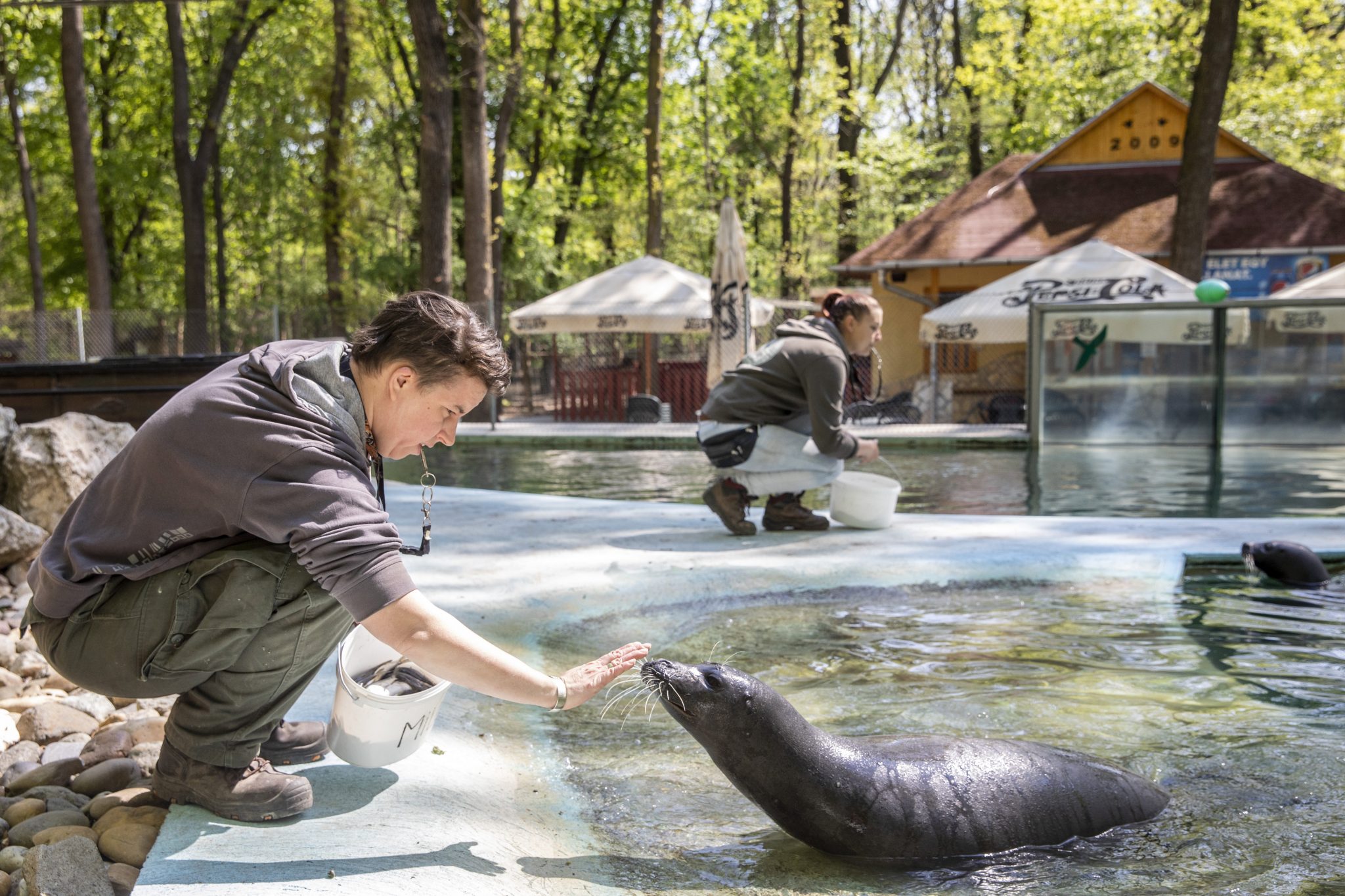 With the introduction of the state-of-emergency in mid-March, Hungarian zoos also closed their doors to visitors. However, due to the fact that they will operate without visitors throughout the spring due to the coronavirus epidemic, and were closed during the Easter holidays and on the long weekend of May 1st, which usually generates great interest, they are facing a serious loss of revenue. So far, institutions expect millions in revenue loss, but regardless of cost reductions, they have to maintain zoos and feed and care for the animals, so many of them have launched action plans and ask for help from their regular visitors and animal lovers alike.

The coronavirus epidemic makes it difficult for zoos to survive all over the world, including in Hungary. Some of them are even considering closing because there is no revenue due to lack of visitors because of emergency restrictions and this means hundreds of millions in revenue loss for them. Because animals need to be cared for and fed during forced closures as well, zoos need their staff as much as they did before the epidemic. Most of the Hungarian zoos say they will stick with their nearly 1,000-member staff and 20,000 animals to the end, and  ask help from visitors in order to do so. 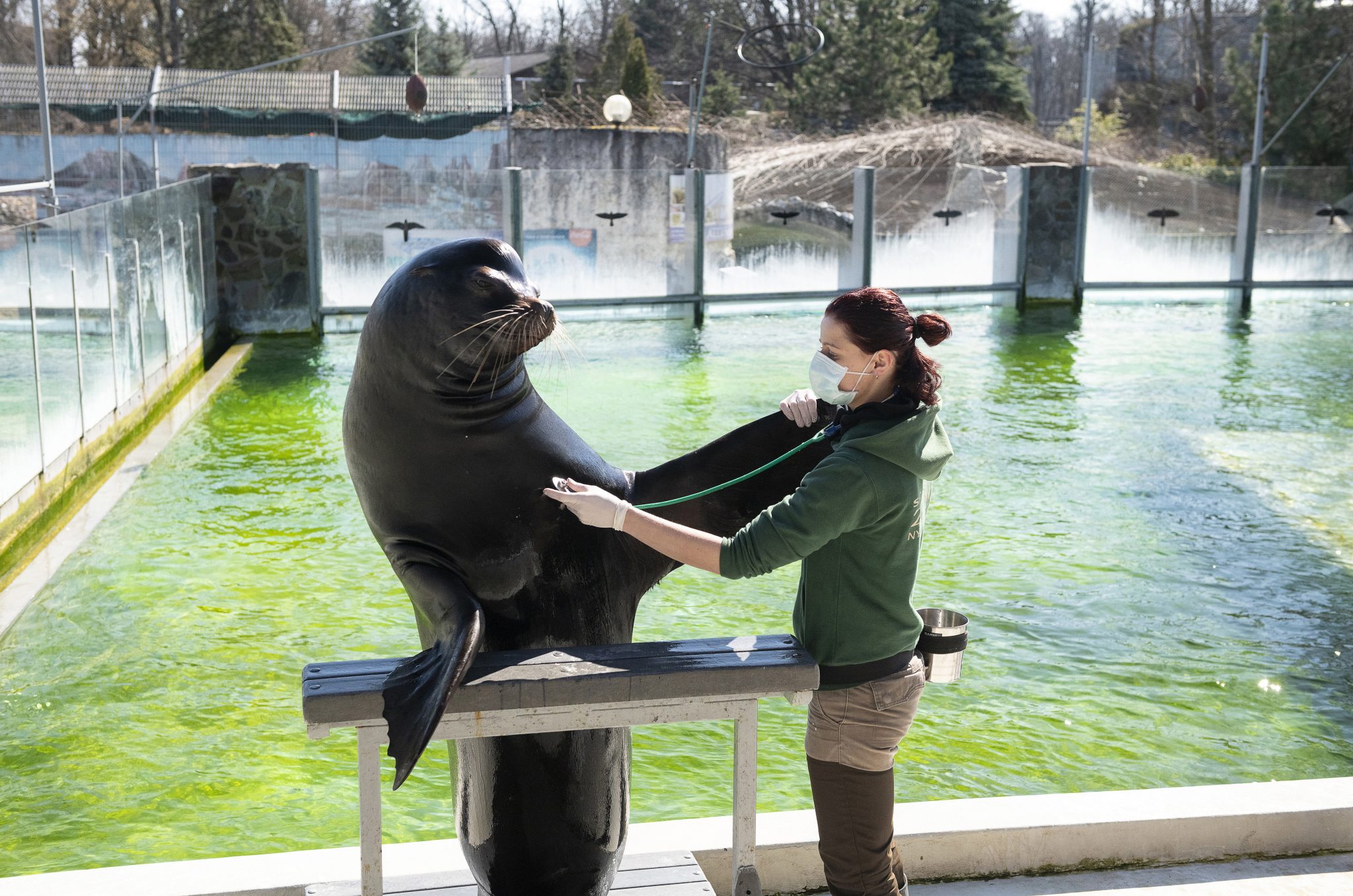 It is really important that these institutions can maintain themselves and feed their animals, as BBC reported earlier this month that the situation has turned so bad in Germany that there are zoo directors who are already considering which animals will be the first to be sacrificed to decrease the costs and feed the others. Luckily, in Hungary, this solution has not arisen for publicly owned or municipally assisted institutions, but some private zoos’ action plan also includes euthanasia of animals as the worst-case scenario. 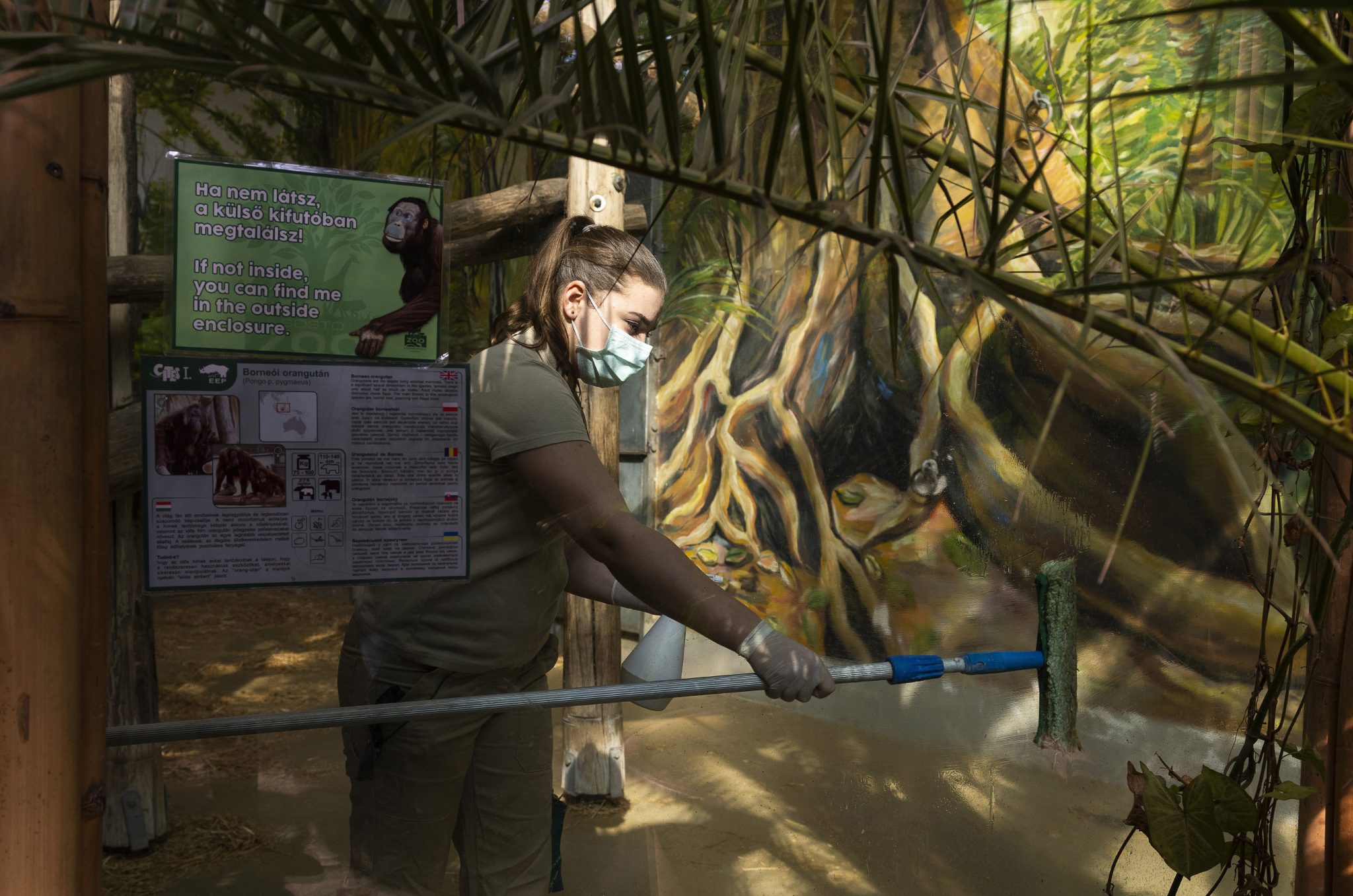 Most of the Hungarian zoos receive 20-30 percent of their budget in subsidies, while they finance the rest from ticket sale revenues. Even the smallest zoo in Gyöngyös mentioned a loss of revenue of ten million forints, but the Budapest Zoo is estimated to have fallen from 100 million forints in one month, while in Nyíregyháza it is estimated that it will lose 400 million forints by the end of June, and this amount will be increased by another 200-250 million forints if they have to stay closed during the summer months.

Regardless, none of the 240 employees of the Budapest Zoo have been fired yet. Anyone whose job allows them can work from home, and caregivers maintain distance from each other to meet epidemiological standards. In Miskolc, Debrecen, Kecskemét, and Nyíregyháza, everyone could keep their jobs. Only the Gyöngyös Zoo said that they had to make one person redundant. 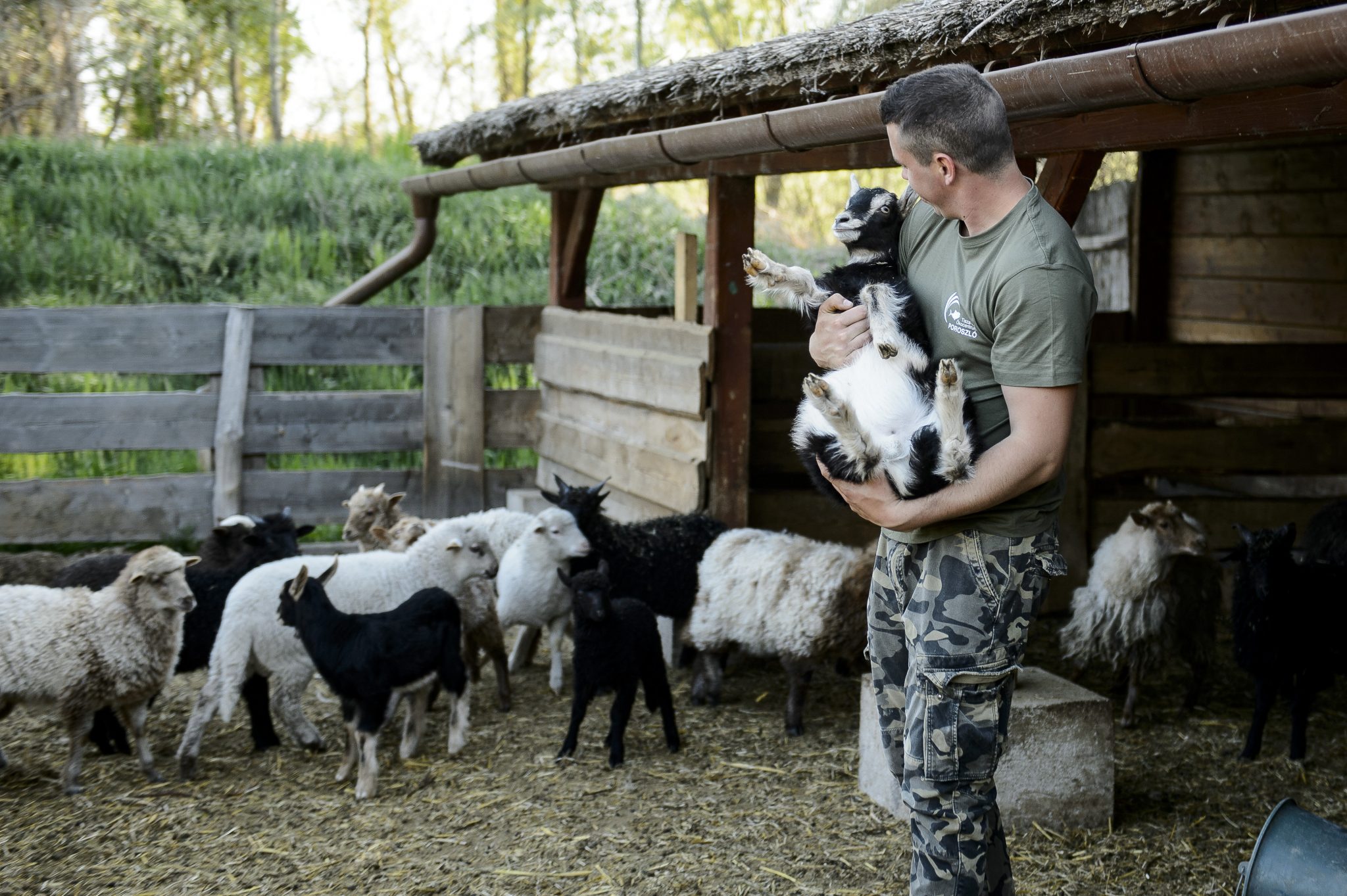 Most places emphasized to Hungarian news portal Azonnali that reducing their costs, the support provided by the municipality, the donations they receive and the expected 1% offers from taxes, will ensure the smooth supply of the animals. Both the directors of Kecskemét and Debrecen Zoo emphasized that it would help a lot if some help could also come from the state. Gergely Sándor Nagy from Debrecen said that “it would be helpful if the Hungarian zoos, like other public cultural institutions, received normative state support again, as has been the case since the regime change until 2009, when the government withdrew the normative support from the Hungarian zoos due to the economic crisis.” 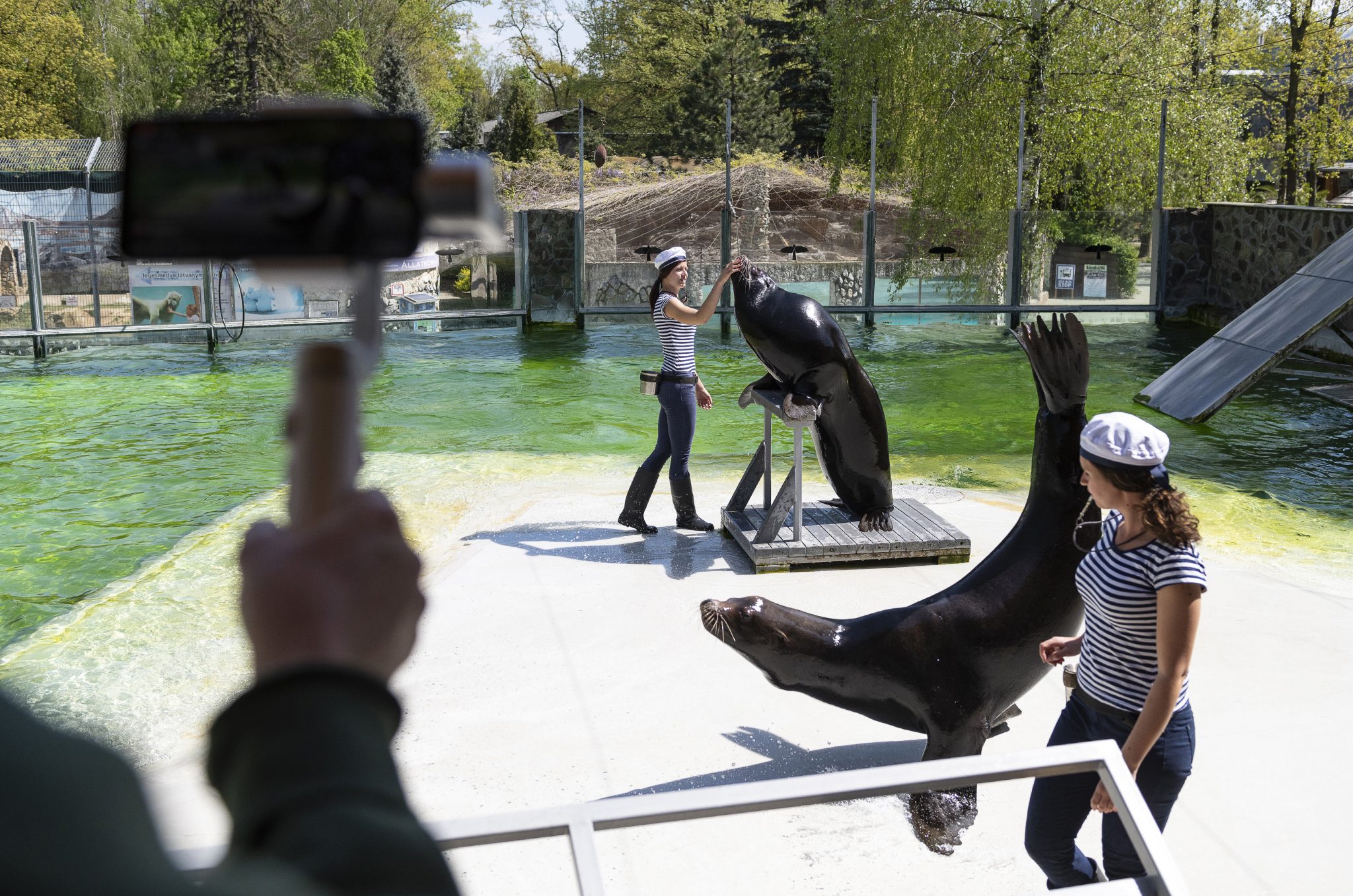 Seal show in Nyíregyháza, broadcast online due to the closure. (MTI/Balázs Attila)

Institutions can also help each other by accepting animals, but visitors can also support the zoos. Nyíregyháza Zoo, for example, is selling discounted tickets during the epidemic, which can be used by visitors for one year after they reopen. In Miskolc, the zoo’s adoption program is still in operation, so anyone can support the zoo by adopting one of their animals. In Debrecen, regular visitors and animal lovers can buy sponsored tickets to help the zoo. With the online ticket, they can not only support the survival of the zoo, but the visitors can also use it as a regular ticket within one year after reopening. 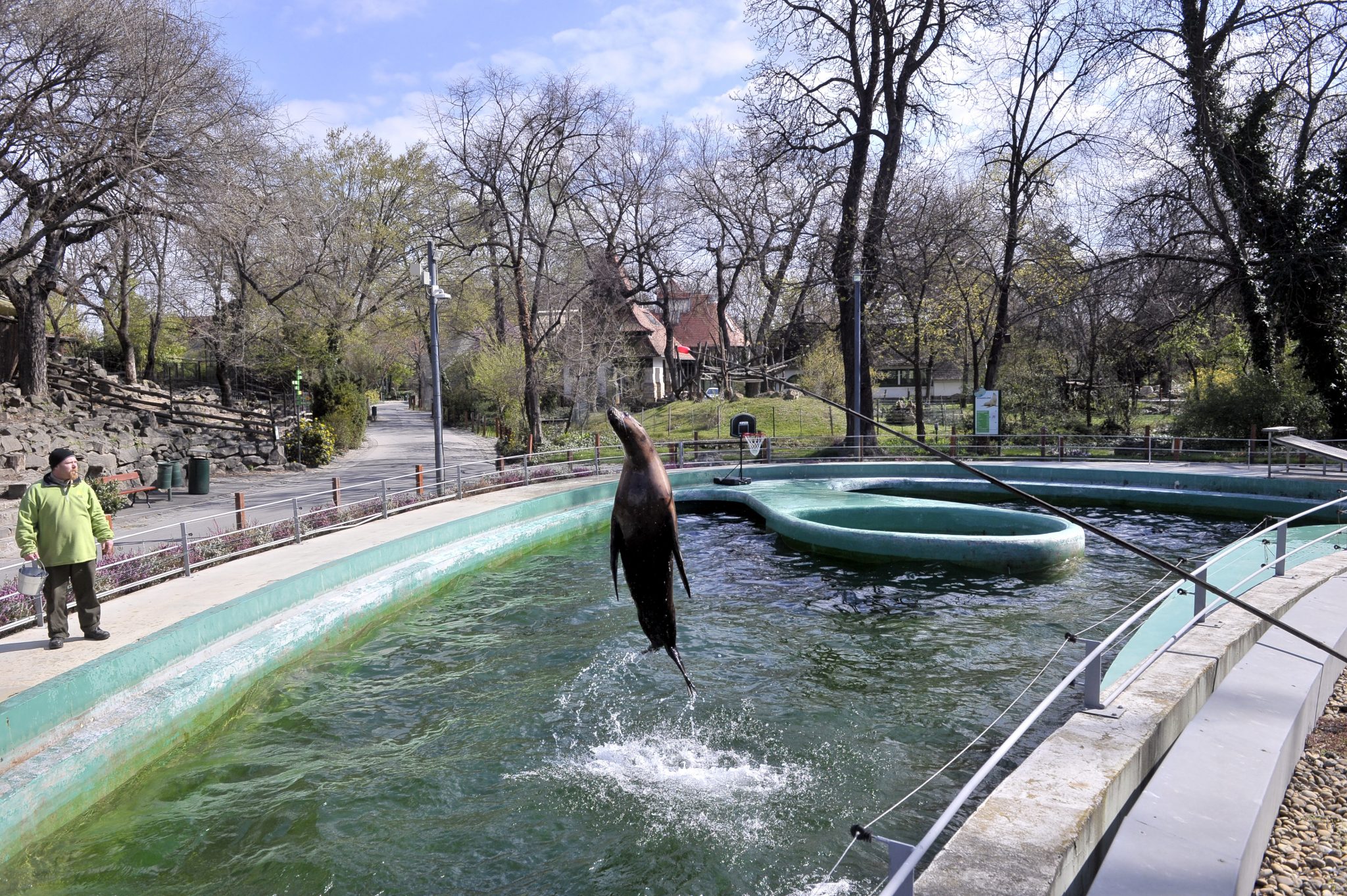 Although the zoos are closed, those interested can still “visit” their favorite animals, as many of the institutions prepare small videos and live broadcasts to replace the lost programs. The Nyíregyháza Zoo, for example, treated its visitors to a live, nearly half-hour seal show.

Meanwhile, Facebook followers of the Budapest Zoo could see the first steps of the newly born tapir baby of the institution:

The epidemic situation has completely upset the annual budget for zoos in 2020, as they were only able to stay open for an average of one or two days at the start of the spring season. The exact loss of revenue will be seen at the end of the year, but all of them emphasized that their animals and workers are paramount to them. They trust that they will open as soon as possible, that visitors will return and will support them, and that their summer-autumn season will be stronger than ever when they reopen after the forced closure in the spring season.