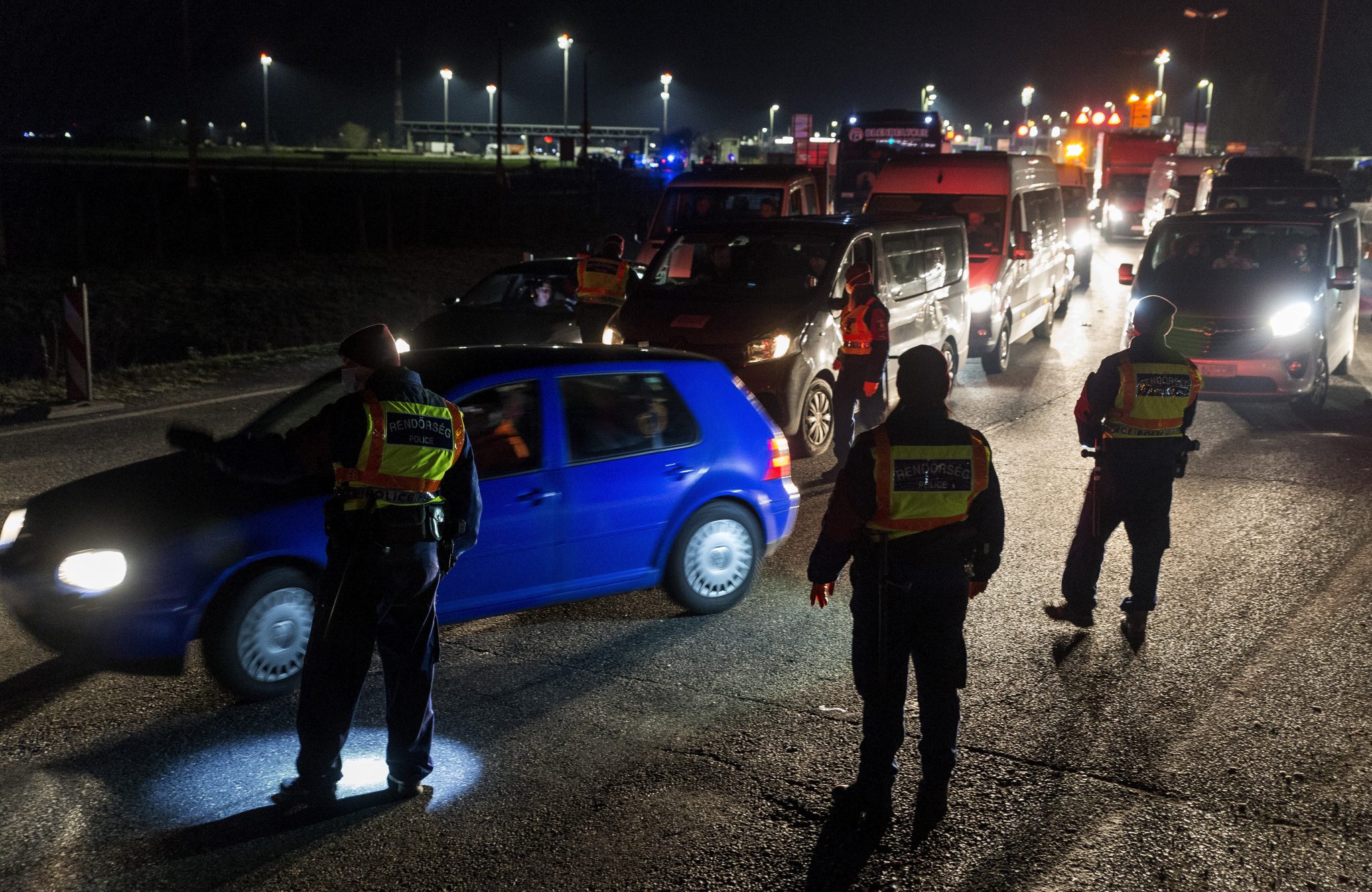 On Monday, Prime Minister Viktor Orbán announced that Hungary will close its borders to all passenger transport, and leaders of EU member states have also approved a plan to close the external borders of the union for at least 30 days for non-EU members. Although the restrictions allow Hungarian citizens into the country and Liszt Ferenc International Airport remains open as well, there are fewer and fewer ways every day to get back to the country. The exact number of Hungarian citizens stranded abroad is still unknown.

More and more countries are closing their borders in Europe: Germany, Poland, Belgium, the Czech Republic, Ukraine, and Montenegro. Hungary announced to close its borders on Monday and the European Commission is also proposing a 30-day entry ban.

The restriction in Hungary relates to all road, railway, water, and air borders. The Minister of Foreign Affairs and Trade asked Hungarians abroad to take immediate action on their return home, as increasingly stricter restrictions could make travel to Hungary impossible in the short term.

Airports remain open, but with fewer flights, many canceled

Although the borders are closed to foreigners, Liszt Ferenc International Airport is still operating, and will continue to welcome and launch flights, and Hungarian citizens are allowed to enter the country via air travel. However, many airlines are canceling their flights or not letting Hungarians fly home, making it increasingly hard for them to get here. Many airlines suspended their operations due to the coronavirus- LOT stopped all its international flights on March 15th, Ryanair has significantly reduced its flights by 80%, and Austrian Airlines recently announced the closure of their commercial flights as well.

With the increasing number of airlines closing or reducing services, and the growing number of airports shutting down, it is possible that sooner or later Liszt Ferenc International Airport will either close like the neighboring Bratislava airport, or only operate stand-by, like the Austrian Schwechat.

International rail transport has been suspended

International rail passenger transport affecting Hungary has been suspended, with the exception of a few border stations, due to the spread of the coronavirus. MÁV is replacing suspended services with trains running on domestic sections between the border and home stations. Rail links with Austria are still being maintained on MÁV’s networks. Austrian railway OBB suspended services on the GYSEV network between Szentgotthárd and Fehring, and Jennersdorf on Tuesday .

Rail service to Serbia is still up and running via the Kelebia border station. Slovakia suspended international trains on March 13 while Romania did so on March 14, with the exception of services via the Lőkösháza and Biharkeresztes border stations. Slovenia suspended international services on March 16. Services across the Croatian and Ukrainian borders have also been suspended. Trains are not operating between Hungary and the Czech Republic, Poland, and Switzerland either.

The same applies for entering the country by car as with airports: only Hungarian nationals can enter the country. However, it is getting harder to cross the borders there as well. Yesterday, vehicles seeking entry to Hungary from Austria at Hegyeshalom formed a 50 km queue until 9pm, as approximately 3500 Romanian and Bulgarian citizens on their way home blocked the road, because they couldn’t enter the country.

Hungary opened a transit route for Romanian and Bulgarian citizens stranded at the Austrian-Hungarian border. Today, the situation is not better: the queue is again 25 km long on the A4 highway on the Austrian side of the border, and according to authorities, drivers must expect to wait 3 hours to enter Hungary. The police asked Hungarian citizens to choose another crossing that is open to passenger traffic.

What about those stranded abroad?

Hungary is sending a plane for the 146 Hungarians stranded in Marrakesh after the Moroccan authorities suspended scheduled flights in response to the coronavirus, Foreign Minister Péter Szijjártó announced on Facebook on Wednesday morning. He noted that travel restrictions have prevented tens of thousands of foreigners from returning home from Morocco.

The minister said: “A few hours ago I managed to agree with my Moroccan counterpart that the Hungarian plane will be allowed to land in Marrakesh on Thursday morning and bring back the Hungarians before Morocco’s airspace is totally closed.”

He added that this situation clearly shows that there are fewer and fewer scheduled flights available to passengers. Thus, he asked all Hungarians staying abroad and wishing to return home to make their travel arrangements as soon as possible.

At the same time, Hungary’s consulate in Panama is arranging to fly Hungarian citizens out of the country, where they attended a music festival which the authorities quarantined, Levente Magyar from the foreign ministry reported on Wednesday.

According to Magyar, the Panama army enforced quarantine at the festival due to the coronavirus. The eleven Hungarians are now at the Colombian embassy and the Panama consulate awaiting their transport to Hungary. Magyar added that “the case shows the importance of a wide network of Hungarian representation worldwide.”

A Hungarian Erasmus student, who came back from Germany just before it closed its borders, said that she tried to come home with a car-sharing service, but when Germany announced it would close its borders, the journey was canceled. She had to take a train back home.

Others had to book several flights before they could board one, as more and more airlines have been cancelling their services, or only take home citizens of their own base-countries.

Who has to be quarantined?

At the airport, the requirement is that Hungarian citizens arriving home from South Korea, Iran, Israel, China, and Italy must undergo mandatory medical screening upon entry to the country remains in force. Those who are suspected of being infected with coronavirus by the medical examination will be placed in designated quarantine facilities (such as hospital quarantine). Otherwise, those who arrive from the aforementioned countries are subject to official home quarantine, even if they show no symptoms of coronavirus. Hungarians arriving from other countries are advised to stay home in self-isolation or self-quarantine for at least 14 days and monitor their condition.

featured photo: Hegyeshalom border on 17th March, when Hungary allowed a transit route to Romanian and Bulgarian citizens. Several Hungarians were stranded in the queue as well. (MTI/Krizsán Csaba)