Right after the coronavirus had started spreading in Hungary, the demand for medical masks increased and then disappeared from pharmacies. However, doctors and other front-line healthcare workers, as well as general practitioners and pharmacists are in need of masks and other protective equipment, as they are more likely to be exposed to potential coronavirus patients. In recent days, news emerged of healthcare workers who tested positive for the disease, including hospital staff, GPs, and a pharmacist. The operational board also confirmed that “there are” medical workers with coronavirus or in quarantine.

Several reports have emerged in the news about hospital workers who tested positive for the coronavirus in recent days. A hospital worker was infected at the St. László Hospital, and two at the No. 1. Children’s Clinic at Semmelweis University.

Last week, a staff member at St. László Hospital was infected with the coronavirus, which was confirmed by the operational board. A nurse at the otolaryngology (ear-nose-throat) department also tested positive. According to a letter from the hospital to ATV, the healthcare worker is in good general condition. On Wednesday evening, they experienced a fever and coughing, after which they were tested for the coronavirus infection in accordance with current protocols. The test was positive and an investigation immediately started by the authorities.

The portal also learned from Szabó that over the past two weeks, 98 employees have been tested for coronavirus and that all staff at the clinic was screened by Sunday evening. Szabó said that one of his colleagues suspected he got the coronavirus only after four days, but because the worker always wore a mask, he did not infect anyone. “Only one of the operating staff at the Rókus hospital is a possible contact. He is asymptomatic and isolated.”

According to the deputy rector, the parents of all patients treated by the staff who were confirmed to be infected were notified and the authorities took appropriate action. Szabó added that all staff members at the pediatric clinic had and are equipped with the appropriate protective gear.

The mayor of Újbuda, opposition DK’s Imre László, also confirmed at an online press conference that two general practitioners of the XI district have tested positive for coronavirus. The illness of one of them can have an unexpected and serious consequence on the district, as the 10,000 inhabitants of Őrmező would remain without a GP. Before the coronavirus outbreak, three general practitioners worked in the area, one of whom was over 65 and, another underwent transplant surgery and is now also considered at risk.

Imre László also said that the other affected general practitioner was working in Gazdagrét. Currently, both general practitioners are in home quarantine. The mayor also revealed in the video that according to his information, there is a lack of equipment in health care.

László had previously asked the government to exempt the protective equipment ordered by the municipality – the government later turned to the European leadership with a similar demand.

According to the county’s newsportal, feol.hu, the staff member at the pharmacy has stayed home for more than two weeks because she noticed symptoms, and she did not want to jeopardize the health of her colleagues. She was also advised by her GP to stay at home in voluntary home quarantine for two weeks. Unfortunately, the condition of the pharmacist did not improve, so the doctors took a sample from her, which turned out to be positive. The results of another worker are still in progress, while the asymptomatic colleagues are in home quarantine.

Yesterday, Cecília Müller, the Chief Medical Officer, also confirmed that “there are” healthcare workers who are infected and quarantined, although she did not specify the number of those who tested positive. Müller said the operational board has created a new procedure and work schedule for general practitioners, and extracted those from the workflow who are more likely in risk of the disease, such as doctors over 65 and those with chronic diseases. She added that the operational board had also sent protective equipment to the general practitioners on more than one occasion, although it is their own or their employers’ responsibility to obtain face masks and other protective gear. 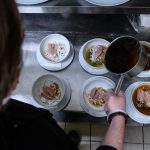