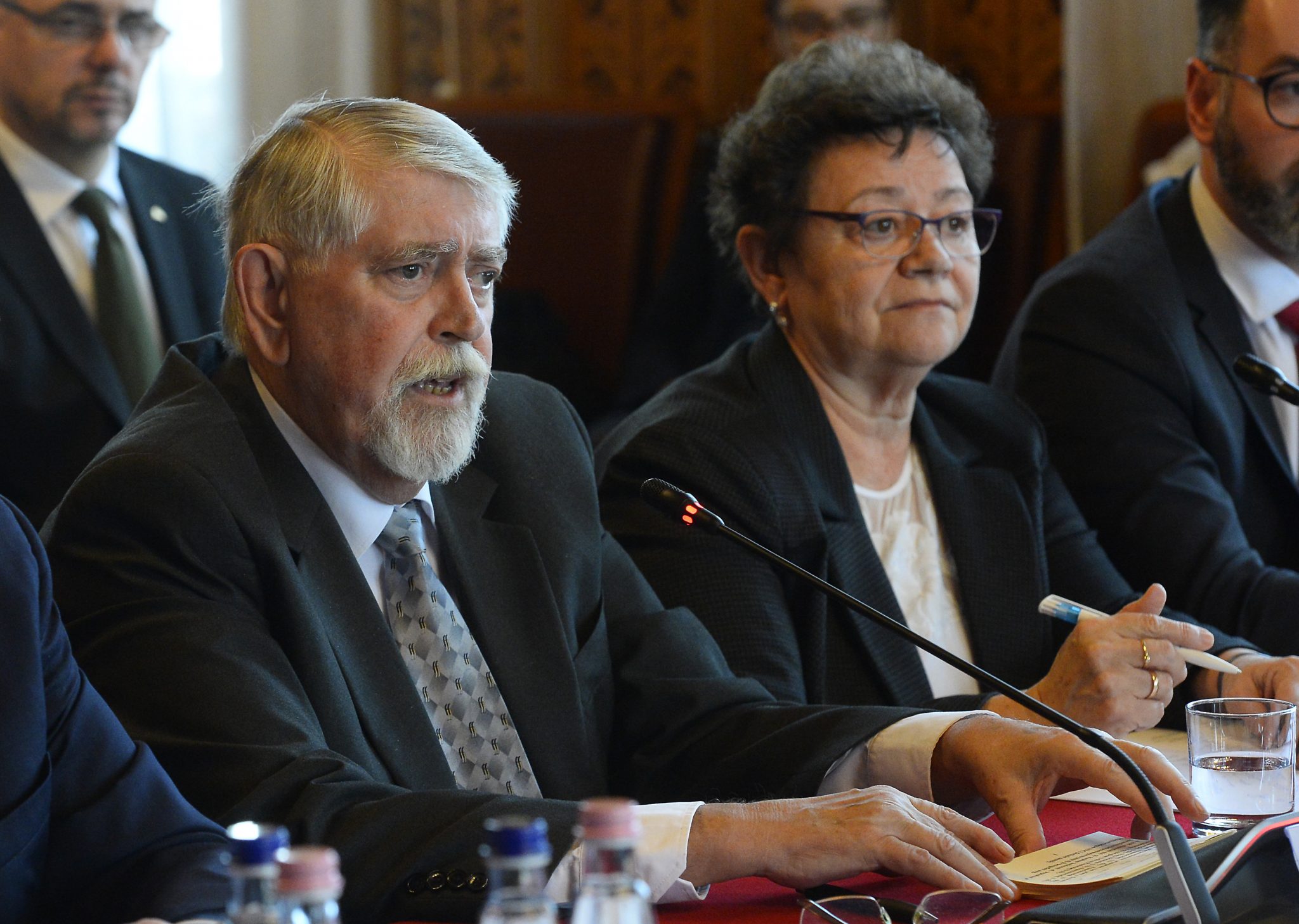 The government has begun to prepare for mass coronavirus infections and in connection, to increase the number of available space in hospitals. The Ministry of Human Resources has instructed these institutions to free up 60% of their beds. Meanwhile, several hospital directors were fired for failing to adhere to strict regulations made during the state-of-emergency.

In addition, according to the order, if a patient’s condition allows for it, transfer to another institution should be provided.

According to some press reports, several seriously ill, elderly people whose care could not be provided for at home are also among those who would be sent away to create more room.

According to Népszava’s report, in practice this means: 36,000 out of a total of approximately 60,000 beds need to be made available.

One anonymous hospital head, however, told the left-wing daily that this did not necessarily mean all 36,000 beds would be occupied, as patients are only being admitted in urgent cases since the declaration of the state-of-emergency in Hungary.

Government critical commercial broadcaster RTL Klub asked the ministry about the letter. In their response, they wrote that since mass infections are expected in Hungary, everyone should prepare for the worst-case scenario, and this requires cooperation from everyone, including families where home care is an option.

In connection with the ministry’s orders on emptying hospitals and freeing up bed capacity, several hospital CEOs were fired during Easter.

First, Miklós Kásler called on István Csernavölgyi, who was serving as the CEO at the St. György Hospital in Fejér County for 10 years, to leave his position, local daily FEOL wrote on Saturday.

The paper contacted the dismissed head of the hospital, who admitted that he resigned, adding that the reason for the termination of his employment is that the institution once failed to provide eletronic data on time during the coronavirus epidemic. He believes such a mistake can happen anywhere. However, details are not yet known.

The Ministry explained his dismissal by stating that during the epidemiological state-of-emergency, Cserháti did not comply with the National Public Health Center’s instructions for the preparation of the coronavirus epidemic.

The Operative Board, on the proposal of the Minister of Human Resources, defined the tasks of Hungarian healthcare institutes and hospitals in advance, every week, including how many beds and intensive-care beds should be provided in the given institution to isolate, care for, and ventilate patients infected with the coronavirus.

Failure to implement the scheduled instructions of the complex action plan endangers the safety of patients and the effectiveness of the fight for their lives. Such a procedure by the CEO of OORI is therefore unacceptable, both professionally and humanely, they said.

The National Institution of Medical Rehabilitation should have provided more than two hundred beds by April 15th, of which there was not a single bed in the OORI for this purpose on April 10th, and by April 16th the director had not come up with even one tenth of the number of beds mentioned in the instructions, the ministry wrote.

In their statement, they further explain that the CEO did not provide for the relocation of the institution’s rehabilitation patients, adding that this is contrary to industry expectations and the terms of reference given to the hospital. “Proper preparation had not been carried out by the hospital head, seriously jeopardizing the successful control of the epidemic and patient care,” the statement concludes.

Kásler’s decision was met with outrage.

The staff of the National Institution of Medical Rehabilitation (OORI) wrote an open letter calling the dismissal of Péter Cserháti unfounded and unjust. The employees have asked Viktor Orbán and Interior Minister Sándor Pintér to override Minister Kásler’s decision. They even held a solidarity demonstration against the Human Resources Minister’s decision.

One of the employees told news portal Index that Cserháti had “protected the patients to the very end” so that they would not have to be relocated or sent home from the institution. The hospital leader “expressed great resistance,” which could have contributed to his sacking.

“If we take a look around the world, we can see what’s going on,” Cecília Müller said. “Everyone has to get [medical] treatment,” the medical officer emphasized. “Hungary is ready, yet we are preparing for the worst-case scenario- this is why it’s necessary,” she concluded.