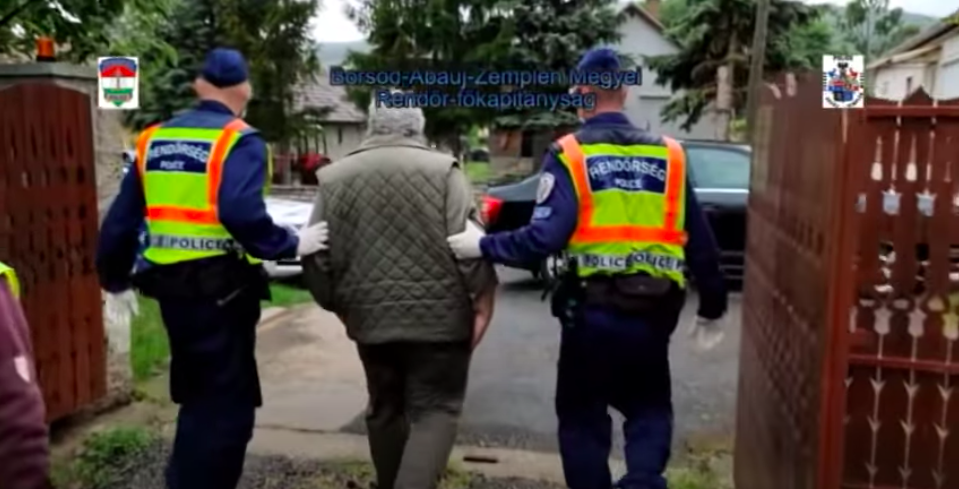 During the state-of-emergency due to the spread of the coronavirus, under the Authorization act, the so-called “coronavirus law,” the government has introduced stricter rules for spreading “fake news” and fear-mongering. Since the introduction of the legislation, several people were arrested and charged with spreading fake news or because they “obstructed” the course of the prevention against the coronavirus with their statements. In recent days, several stories circulated in the Hungarian news of people who were arrested for posting their critical comments online about the government’s actions.

A man from Szerencs shared a post on Facebook on April 28th, claiming, among other things, that the country’s leadership had deliberately timed the lifting of the restrictions by the time the coronavirus peaked, which he said could lead to mass illness, and he also called the prime minister a dictator several times in his post. Nineteen people commented on the published post in a short time, and eleven shared it. In the early hours of 12 May, the Szerencs police appeared at his home and started a prosecution process against the 64-year-old man for “a well-founded suspicion of fear-mongering.”

According to the NGO Hungarian Civil Liberties Union (TASZ), a police spokesman said that the man  from Szerencs was not prosecuted for his statement that it was dangerous to start lifting restrictive measures just a day after the expected peak of the coronavirus, but for something else he wrote which the spokesman did not specify, so as not to “jeopardize the investigation.”

In the meantime, the man had been released and his full post had been made public, which, according to a lawyer from TASZ, was in fact an expression of opinion, and no rumors were spread. The prosecutor’s office also confirms this, saying the man’s “act did not constitute a crime in the absence of a factual element, since in order for the crime to take place, the perpetrator must distort or publicize a false fact or misinformation to the public. The incremental Facebook post does not contain one.” They even added that the man rather encouraged those reading the post to stay at home, even with the easing of restrictions.

Today, in the early hours in Gyula, the police also brought in János Csóka-Szűcs, the local leader of Kossuth Circle and an opposition Momentum politician to the station and was kept there for four hours for suspected scare-mongering, before releasing him.

According to liberal news portal Magyar Narancs, the suspicious act happened on April 20th with an entry posted on a Facebook page called “Uncensored Chat Gyula.” Csóka-Szűcs posted in the group on the day of the “car-honking protest,” initiated by opposition party Momentum and independent MPs Bernadett Szél and Ákos Hadházy against inhumane hospital reorganizations and the mismanagement of the epidemic response.

János, our party member was arrested early today for a critical Facebook post. The basis was Orbán’s #COVID law threatening prison time for those who spread misinformation. His IT devices were taken. He was released, but wasn’t even offered transportation although he is disabled. pic.twitter.com/pgCzvQTymo

The Momentum politician shared one of Hadházy’s Facebook posts about emptying hospital beds in the group, adding a single sentence to the statement: “1,170 beds were emptied in Gyula as well.” Police said the added sentence jeopardized the effectiveness of the defense in an emergency. During the operation, police conducted a house search and videotaped everything and seized his computer and cell phone, among other things. According to Csóka-Szűcs, the police procedure was “correct,” but despite his repeated questions, they had not explained exactly why the procedure was launched against him. He was also asked if he was a member of any political party. According to Katalin Cseh, MEP of Momentum, Csóka-Szűcs was later “released, but wasn’t even offered transportation although he is disabled.”

Since then, independent MP Ákos Hadházy, whose entry was shared by Csóka-Szűcs, also reacted to the Csóka-Szűcs case. Hadházy drew attention to the good conclusions: according to him, it is not the people who should be afraid after these cases, but it seems that the power is afraid that people are also willing to act. He emphasized how important it is not to fear, because otherwise, “it will determine the fate of the whole country for ten years.”  He added that “as long as Hungary is a member of the European Union, power cannot go beyond intimidation. I don’t think this action is about intimidating the individual, but rather trying to generate collective fear.”

Hadházy also shared a post on Facebook, in which he repeated and took responsibility for three statements made by three “fear-mongerers” from Szerencs, Kiskunhalas, and Aparhant. The post included statements about the hospital evacuations, coronavirus screening of the Hungarian population, and the “government’s irresponsible lies” that Hungary is in “the best epidemiological situation in Europe.”

On May 11th, Róbert Kiss, spokesman of the Operative Board, said at the daily press briefing that so far, proceedings had been filed against 85 people for spreading fake news and for scare-mongering. 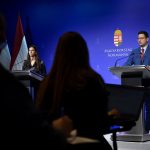