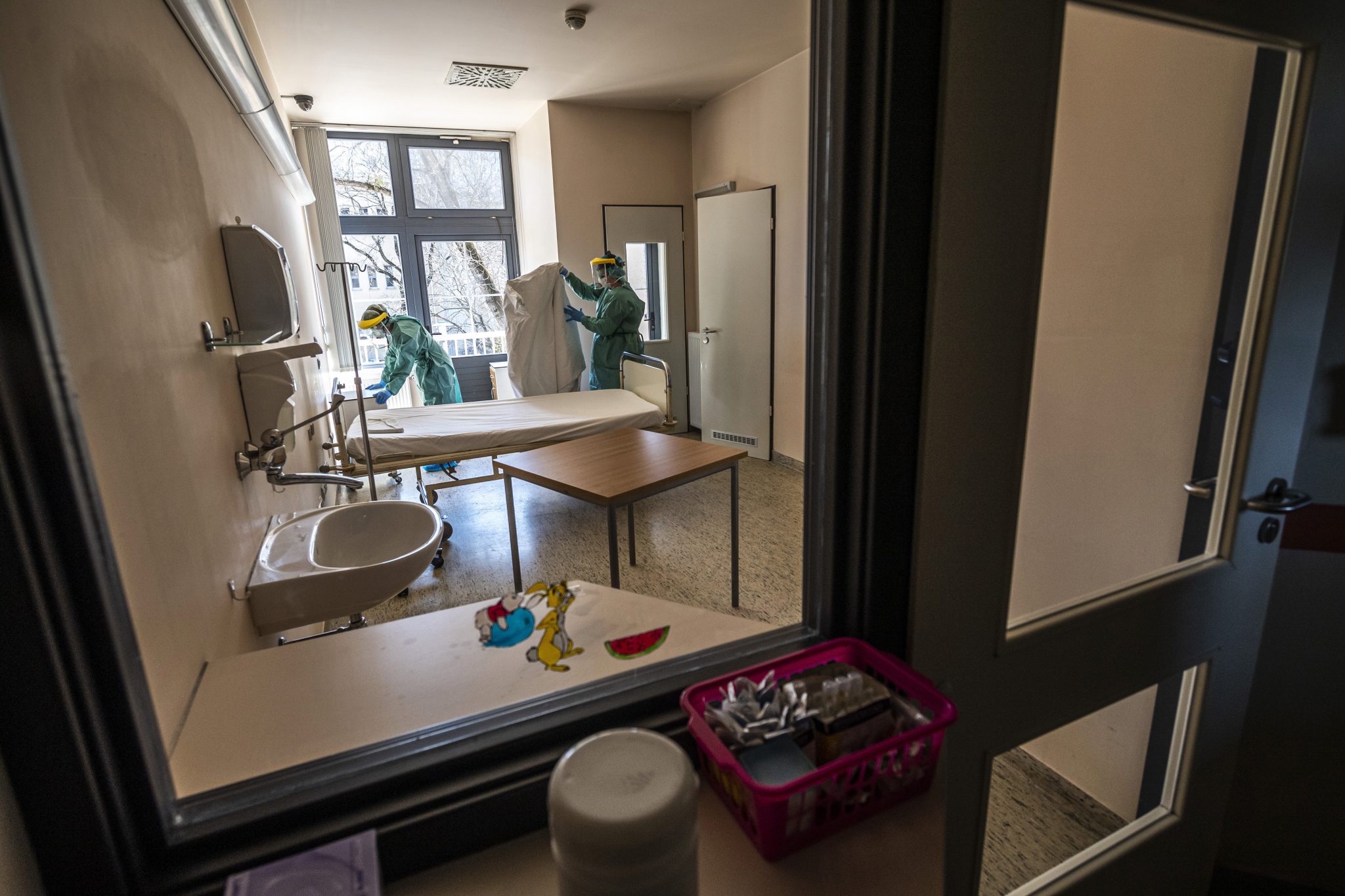 Eleven Iranian citizens who have received deportation orders because they broke rules related to novel coronavirus will leave Hungary on Thursday, an official said on Wednesday.

Róbert Kiss, a spokesman of the operative board that coordinates Hungary’s response to the novel coronavirus epidemic, said eight of them will leave voluntarily while three will be accompanied by law enforcement officials. A further three will leave the country at a later time.

He noted that the Iranians in question had breached epidemiological quarantine regulations in hospital.

Meanwhile, Kiss also noted that on Tuesday police took action against a Hungarian citizen at Liszt Ferenc International Airport. The person had been placed under official quarantine at home but tried to leave the country, and the individual has been ordered back into home quarantine.

Across the country, the authorities have so far ordered 13,360 people into home quarantine, and checked on those people 13,360 times, Kiss said. On Tuesday, the police issued warnings in connection with 231 violators of curfew rules in Budapest, and fined 75 and launched proceedings against 79 others, he added. Altogether 219 criminal complaints have been filed, including 57 on suspicion of spreading rumours, 26 of endangering the public, 60 of fraud and 12 for violating epidemiology rules, he said.

Answering a question, Kiss said that violators of curfew rules were mostly young people, but he welcomed the fact that few rule-breakers had been found during Easter at Budapest leisure hotspots.

Asked if public anxiety continued to be manifested in “panic shopping”, Kiss said that the trend had abated, adding that the police had taken all measures to ensure smooth retail supplies.

In the featured photo illustration: the St. László Hospital. Photo by Zsolt Szigetváry/MTI