Demand for electricity in Hungary declined by around 10 percent in May compared with a year earlier, the daily Magyar Nemzet said, citing Hungarian energy regulatory authority data.

The paper attributed the decline to measures to contain the coronavirus epidemic as well as to the statistical fact that there were two fewer working days in May compared with the same month last year.

Load fell by 560 megawatts (MW) on average in May. The Paks nuclear power plant provided 55 percent of domestic electricity production, while lignite-fired and gas turbines provided 10 percent each. Solar power accounted for 7.8 percent on average, though this rose to 18-25 percent during the peak period when the weather was fair.

The price of residential electricity, which is government regulated, has remained stable. Electricity in Budapest, costing 10.76 eurocents per kilowatt hour, is still among the cheapest among the capital cities of the European Union. 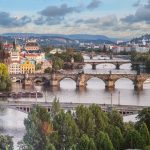