Coronavirus: Code of Ethics for Doctors on Which Patients to Prioritize Presented by Chamber

As the coronavirus disease puts an enormous strain on the Hungarian healthcare system, hospitals are faced with the extreme problem of too many patients and not enough doctors and nurses. This could easily lead to a situation when doctors have to choose between lives. For these instances, the Hungarian Medical Chamber has created a new code of ethics and presented it to the public so it would be clear along which principles the most difficult decisions are made. They are hopeful that the new code will take the burden off doctors’ shoulders. Experts involved in developing these recommendations talked about it in an online conference.

The healthcare system will never be the same as it was before the coronavirus epidemic- there will only be “before Wuhan and after Wuhan,” said Tamás Berényi, a board member of the Hungarian Society of Emergency Medicine (MSOTKE), at an online conference, according to health portal Medicalonline.

During the meeting, András Lovas, the head physician of the Kiskunhalas hospital, described the ethical recommendation developed by the Hungarian Medical Chamber (MOK) which provides detailed guidance to physicians in the event that the healthcare system is no longer able to cope with the needs of the increased number of Covid patients. 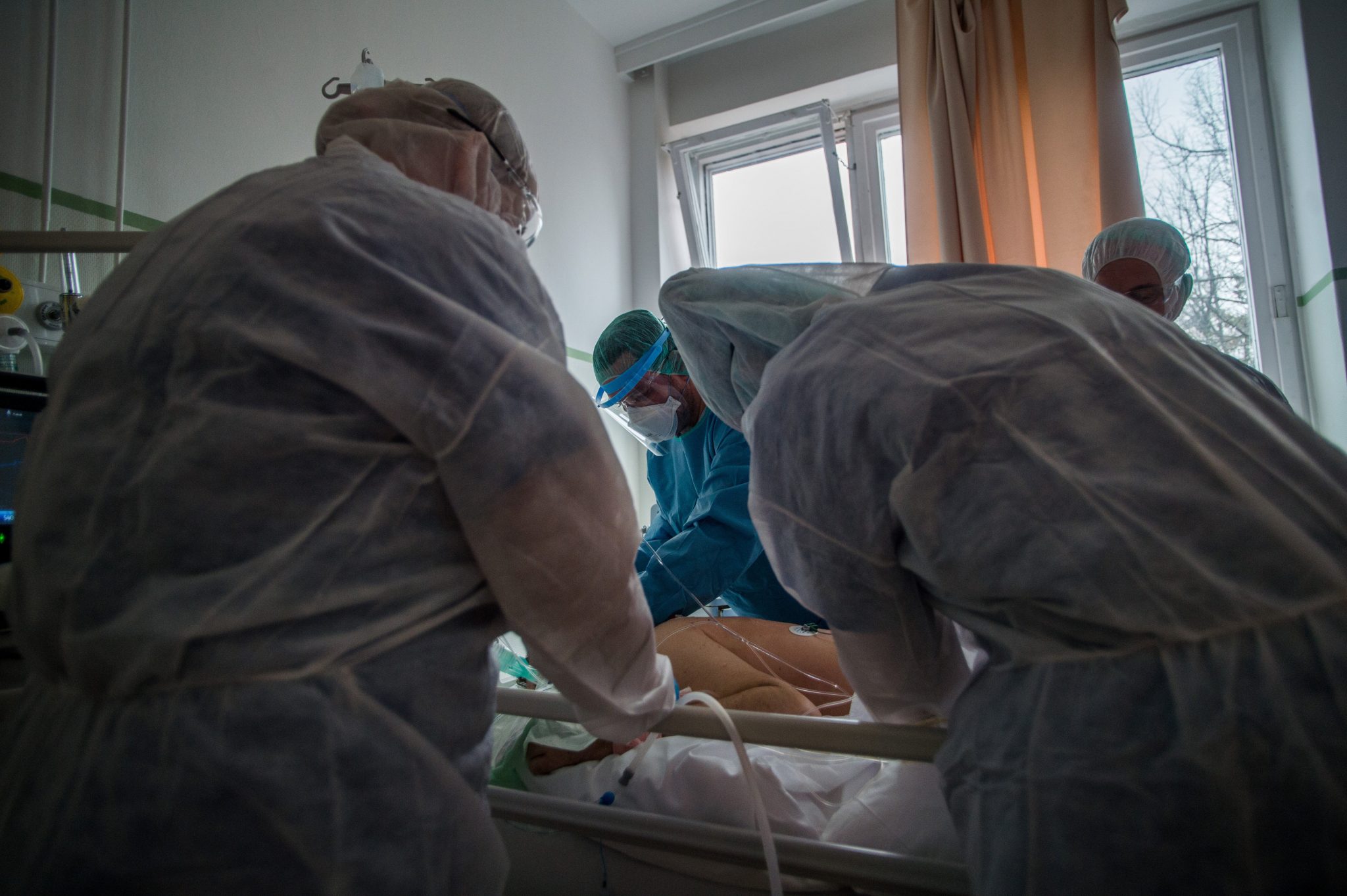 The available staff can treat up to two thousand patients in need of intensive care, but the number of Covid-19 patients in need of hospital treatment is growing exponentially, said Lovas. Just on November 5th, more than five thousand people were admitted to hospitals. “The system doesn’t have any reserves left,” he said, adding that he had already been informed by the three main Covid hospitals that their ICUs were all on full capacity.

Lovas thinks there are already hospital wards where the above-mentioned code of ethics should be applied.

György Pápai, the medical director of the National Ambulance Service, also spoke at the conference, saying that ambulances are already transporting patients to the quarterly care places. Bed count reports are reviewed twice a day, but they don’t always have real data in their hands.

Zsolt Hegedűs, the head of MOK’s College of Ethics noted that they didn’t intend to scare anyone with the new policy, but to help take the burden of a serious, moral decision off doctors’ shoulders.

In Hungary, during the first wave of the epidemic, critical care resource needs did not exceed capacity; however, following Italy’s and Germany’s example, the code was already written in the spring, “in hopes for the best but preparing for the worst.”

He emphasized that the patient’s financial situation, age, disability, gender, race, religion, and reputation cannot be taken into account in the medical decision, and accepting money in such a situation is a criminal offense.

Furthermore, the decision shall not be made by the attending doctor, but by the hospital’s three-member triage team. The team is led by a triage officer – either an oxiologist, an emergency room doctor, an anesthesiologist, or an intensive care specialist – someone who has serious, in-depth knowledge and many years of professional experience in the care of critically ill patients. The trauma of physicians involved in treating a patient can be reduced by leaving them out of this decision-making process.

András Lovas said that they wanted to share the code of ethics with the public in order to to be transparent about what ethical principles and scientific factors determine “the most difficult decisions.”