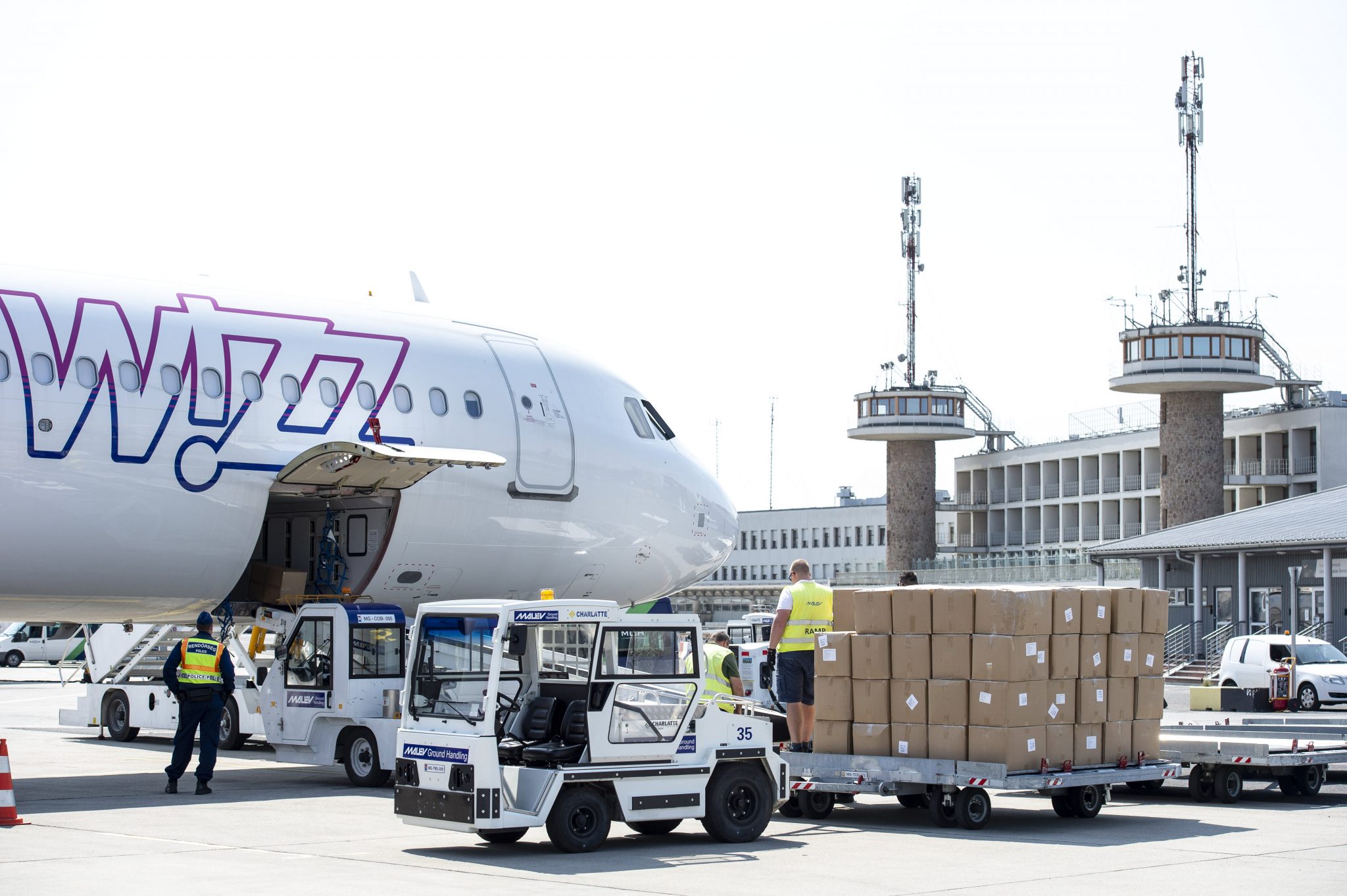 An air-bridge between China and Hungary is functioning well and the delivery of coronavirus protection supplies from large cities in China is steady, the foreign minister said on Monday.

Hungary last week took delivery of 9,820,600 face masks the number of which has totalled 86,247,290 since the outbreak of the epidemic, he said. The country has signed contracts for the delivery of an additional 62,500,150 masks, Szijjártó added.

Additionally, 215 ventilators were imported last week and equipment needed for operating these devices has also been received, including 900 patient watch monitors and 120 central monitors, he said.

Some 20,096,845 items of protective gear including isolation gowns, caps, gloves and face shields also arrived last week and contracts have been signed for an additional 8,086,991 items, he said.

Tests continue to be applied in line with the World Health Organisation’s guidelines, Szijjártó said. Hungary imported 1,010,112 tests last week and contracts have been signed for an additional 1,994,137 tests, he added.

Szijjártó also said that Hungary had signed a contract with China to buy 400,000 units of the drug Favipiravir.

He expressed thanks to China, as well as to Kazakhstan and Azerbaijan for providing technical layovers for aircraft en route from China to Budapest.

“Continued ongoing transport will ensure steady supplies because every Hungarian is responsible for every other Hungarian, and every Hungarian within the borders and beyond can rely on us,” Szijjártó said.

He also said that Hungary received a donation of 110,000 masks last week and provided at the request of the Holy See, some 50,000 masks to the Vatican to protect elderly priests and those that serve in the Collegium Germanicum et Hungaricum.

He said that one of the lessons to be learnt from the pandemic is that it might not be correct “if the entire continent is dependent on external factors in a strategic sector”.