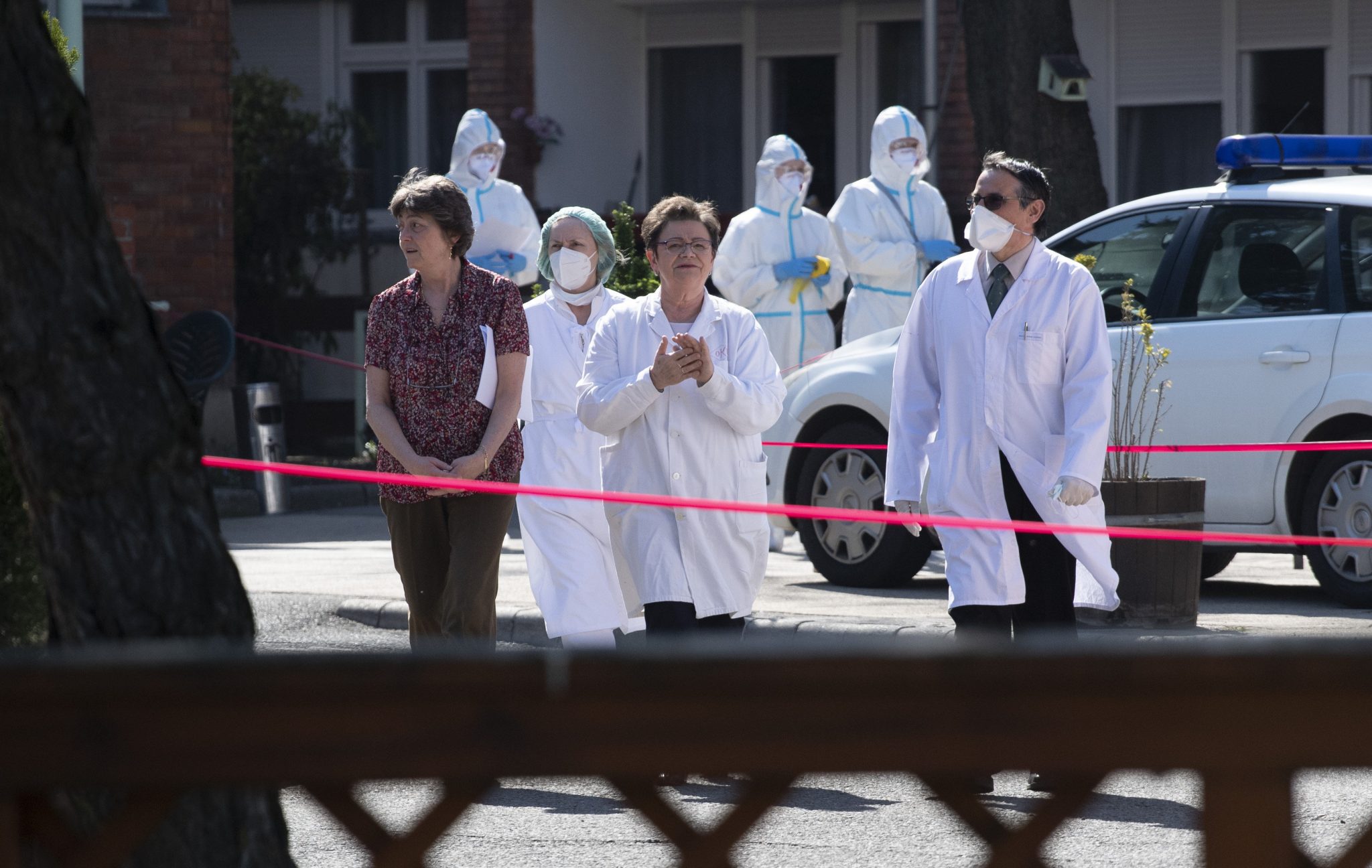 The chief medical officer said on Saturday that she is ordering an investigation into whether residents of an old people’s home run by the municipality of Budapest received proper medical care when an outbreak of novel coronavirus took place in the facility.

A doctor must be employed full time in all institutions where more than 200 people are resident, Cecília Müller noted during an online press conference of the operative board coordinating the response to the epidemic. A part-time doctor should be employed for six hours a week where there are 100-200 residents and a doctor working four hours a week in places with fewer than 100 residents, she added.

On Thursday, 126 elderly residents of the care home in Pesti Road were taken to hospital and on Friday, 56 more residents diagnosed with COVID-19 were taken to St. Janos Hospital, Koranyi Pulmanory Hospital and Bajcsy-Zsilinszky Hospital. Müller said the elderly residents experienced mild or no symptoms and none of them needed intensive care or ventilation. They are now under quarantine, she added. Müller said she had ordered the disinfection of the home with the involvement of the army.

Coronavirus: Another 56 Elderly Taken to Hospital from Care Home

The first diagnosed infection in the home was a staff member, she said. But it’s possible that the virus entered another way, insisting that problems with medical care had been experienced in the home, and this could also have contributed to the outbreak.

Budapest Mayor Gergely Karácsony published official documents on his Facebook page concerning the retirement home on Friday. Three of the documents showed a request to various government officials over the period of three weeks to prevent hospitals from sending patients back to elderly care homes without testing them for coronavirus. The fourth document showed that the head of a government office in the capital said it was professionally unjustified to test patients when they were transferred to another institution.

He said the government should focus on combatting the epidemic and the consequent economic and social crisis instead of “attacking political opponents with mendacious defamation”.

Karácsony said this was the reason why the city council is using its own funds to screen the residents and staff of old people’s homes and publishing the results.

At the same time, group leader of the ruling Fidesz party, Máté Kocsis said on Facebook that it was “tasteless” how Karácsony had been “fleeing from responsibility” and that the left-wing media had been “whitewashing him for days”.

Kocsis said it was clear that if an institution was maintained by the municipality then the municipality was responsible for what happened there. He added that none of the Budapest municipality leaders had visited the Pesti Street care home before the Chief Medical Officer.

She then immediately ordered action to be taken, and the central government office granted protective gear, he said. Kocsis said it was “shocking” that Karácsony was still failing to take action while giving interviews about not being able to act.