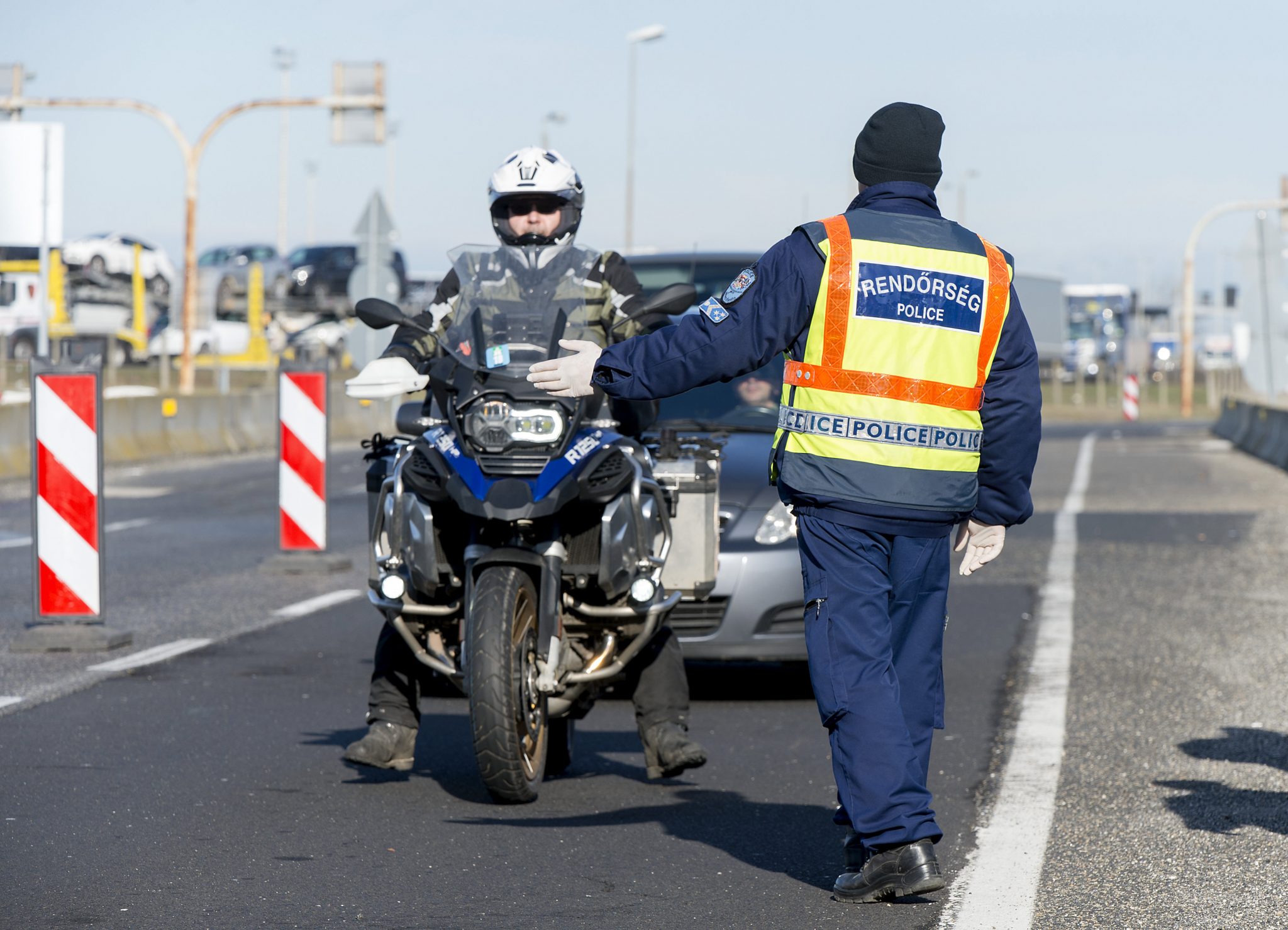 As part of Hungary’s efforts to prevent the new coronavirus from spreading, the police will check on entrants at crossing points on the country’s borders with Austria and Slovenia on a temporary basis, starting on Thursday, the police reported on its website.

According to the website, entrants from Austria of any nationality can use Hegyeshalom, Sopron, and Rábafüzes road crossing stations, while Hungarian and Austrian nationals are also allowed to enter the country at Kópháza, Kőszeg, Búcsú, and Szentpéterfa.

Entrants of any nationality are allowed to cross into Hungary from Slovenia at Tornyiszentmiklós and Rédics, while Hungarians and Slovenians can also use Pince crossing station.

Meanwhile, Austria also closed a number of its border crossings with Hungary, news agency APA has reported. The country is keeping the Miklósfalva (Nickelsdorf), Kelenpatak (Kligenbach) and Rábakeresztúr (Heiligenkreuz) border crossings open to international traffic, while trains will be able to enter Hungary via the Szentgotthárd-Jennersdorf border crossing, APA said citing the Austrian police.

Slovakia to reintroduce controls on border with Hungary

The Slovak government has decided to reintroduce controls along its borders with the exception of the Slovak-Polish border, starting on Friday morning, to prevent the new coronavirus from further spreading, a state secretary of the Hungarian foreign ministry said on Thursday night.

Tamás Menczer told MTI that Slovakia would only allow Slovak nationals to enter the country, or foreigners with a residency permit in that country. All entrants will be isolated for 14 days, he added.

Foreign Minister Péter Szijjártó talked to Miroslav Lajcak, his Slovak counterpart, who informed him that Slovakia was not planning to prevent nationals of neighbouring countries, employed in Slovakia, from continuing in their jobs and crossing the border, Menczer said, but added that the Slovak authorities were working on detailed rules.

Slovakia will not restrict the movement of trucks to ensure continuous supplies, Menczer said.

Romania a is also closing smaller crossings with Ukraine and Bulgaria.