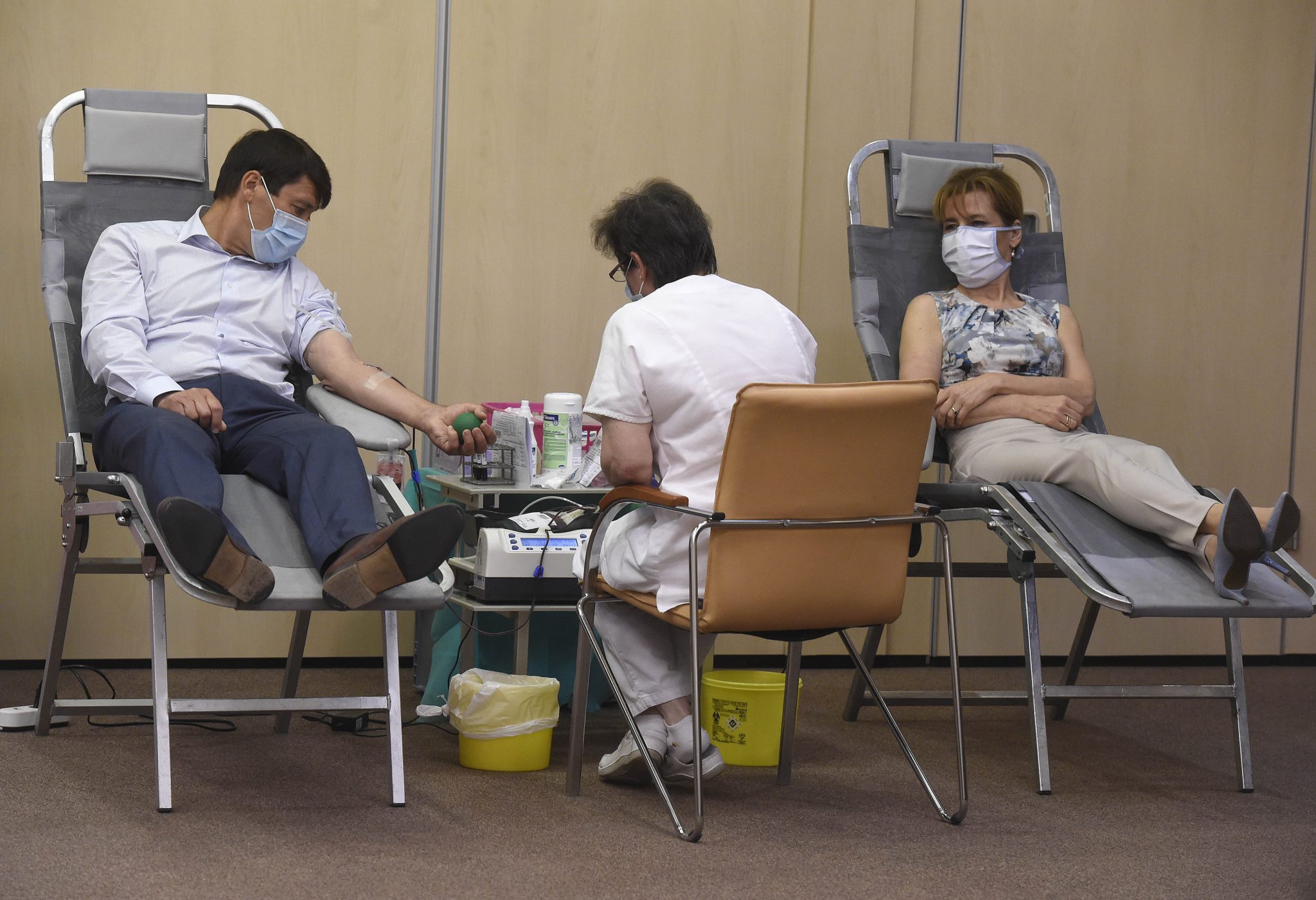 She told public media that she had been a blood donor for several decades. Many positive examples showed people joining forces and helping each other in connection with the current novel coronavirus epidemic, she added.

In Easter Message, President Áder Thanks Hungarians in ‘Trying Times’

Vince Szalay-Bobrovniczky, the state secretary responsible for civil society relations in the Prime Minister’s Office, said that the civil blood donation scheme was held for the second year in a row, at 22 locations around Hungary. The programme running from Monday through Friday has been coordinated by the state secretary’s office.

He said that last year the scheme attracted 600 participants, including 140 first-time donors.