Efforts to help Hungary’s Roma communities catch up with the rest of the country will require cooperation between the state and the communities themselves, the interior minister said in the village of Tiszabura, in eastern Hungary, on Tuesday.

The government has decided to provide help to 300 struggling villages as part of its Emerging Municipalities scheme in the coming year, Sándor Pintér told a briefing of local council leaders of the first 31 municipalities involved in the scheme. The programme will be implemented in those places this year, he added.

The scheme is being coordinated by the Hungarian Maltese Charity Service. It will be carried out with the help of the major church charity groups and NGOs active in the municipalities in question, Pintér said.

Human Resources Minister Miklós Kásler told the briefing that helping all peoples and persecuted groups was a tradition of the state of Hungary. The country could not have prospered without the combined efforts of the people living here, he said. 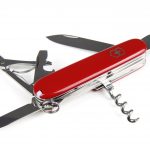 Relations Between Hungary and Poland Could Be Reinvigorated