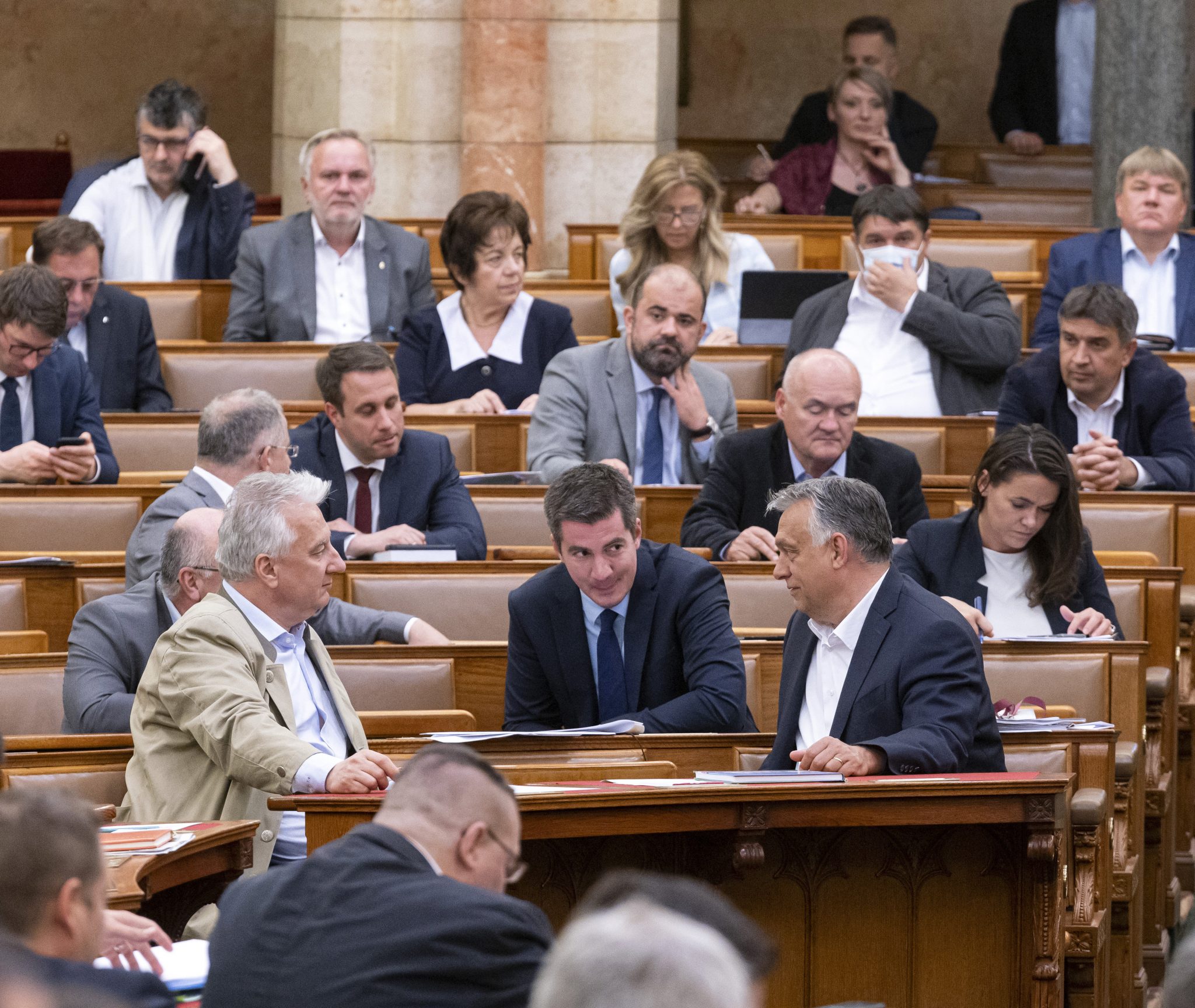 On Tuesday, the Fidesz-KDNP two-thirds majority pushed through a number of controversial changes in an omnibus law, drawing big-time debates and criticism. In addition to the long-known one on the agenda (Budapest-Belgrade railway, Liget project, theaters, gender changes, public employee status), a new law extends surveillance rights and another further regulates the public work scheme.

Although it didn’t surprise many, the 10-year-long classification of one of the most debated investments of the government has been voted in. While the opposition smells futility (an unimaginable long time to return the investments, while it bypasses densely populated cities) and large-scale corruption, and criticizes the government’s trust in China, the government insists it is in the country’s interest. The railroad’s Hungarian section will be built by Orbán’s gas-fitter-turned billionaire friend Lőrinc Mészáros. You can find out more about the project and the arguments of the political sides here, here, and here.

On Monday, the Minister of Foreign Affairs and Trade argued that China wouldn’t be hit by the crisis, therefore “being competitive in the land transport of their goods remained essential.”

In moves that follow Fidesz-KDNP routines in providing more overlook and power to the authorities, the government also extended surveillance and police rights. “In order to prevent a cyber attack against Hungary,” a new law now allows the Special Service For National Security (NBSZ) to check the “content of electronic communications networks” of state and local government organizations. Apparently the actual wording and details of the law are yet to be precisely known. Left-wing newspaper Népszava, however, warns that while the law states that the services cannot look into the content of the communication between the organizations, according to data protection experts, this cannot be guaranteed. And this means that secret services will be able to find out practically everything about any given citizen.

The left-wing daily also asked an expert who argued that amid the constant cyber threats, authorization of the special services to check traffic between the servers of the state organization is essential. This, however, cannot mean that the secret services could get access to private data.

President of the National Authority for Data Protection and Freedom of Information (NAIH) also criticized the bill. Attila Péterfalvi, in a letter to the Interior Ministry, argued for example, that it “may result in unrestricted surveillance,” it “doesn’t comply with fundamental rights requirements,” and it “doesn’t provide guarantees for personal data and privacy protection.”

In addition, from now on, police forces must store the data of persons questioned on the basis of a well-founded suspicion of an intentional crime and their contacts for at least twenty-five years. And even if they prove innocent, for at least twenty years.

The government also eventually moved to override the Budapest Assembly’s ban on new construction in City Park (Városliget), further complicating the fate of the project. With the ban, Budapest’s (opposition) leadership had targeted the prevention of the government’s Liget project that involves major investment and construction in the capital’s second-largest public park.

Weeks ago, the Budapest mayor told HVG that this move of the government wouldn’t, however, mean that construction could continue as planned. Although Budapest cannot ban new construction anymore, City Park’s new building regulations will soon be adopted, after which no new buildings can be built there, Gergely Karácsony claimed.

A new bill introduces the term “sex at birth” that not only replaces “gender” in the civil registry, but the law also forbids the change of this entry, thus making it impossible to legally change one’s gender. This effects other official documents as well (ID cards, driving licenses, etc) as data on those are taken from the civil registry. As a consequence, transgender people are now unable to register their chosen names either.

The move, of course, once again angered Hungary’s LGBTQI+ community and the EU, the opposition criticized it, and relevant organizations are now asking president Áder not to sign the bill.

The government is also continuing down the road taken in December by extending more control over artistic life. The supervisory board of those theaters that, under the highly debated December law became jointly (or state) operated would now be raised to five members; three out of which will be appointed (and recalled) by the government, namely by the Ministry of Human Capacities (EMMI).

The Fidesz-KDNP majority also moved to terminate the status of museum, library, archival, public-culture, theater, and orchestral staff as public employees as of November 1st. This too was a very much debated topic, starting from the point when EMMI Minister Miklós Kásler merely gave the Easter weekend for the professional boards to give their opinions on the draft. They were against the change but the government stuck by its plan. You can find more about the issue, arguments, and criticism here.

In addition, those whose living environment is not neat and orderly enough can now be excluded from the public work scheme for up to three months. Minister of Interior Sándor Pintér had already presented a similar amendment in 2018; at that time, however, the Constitutional Court nullified it.