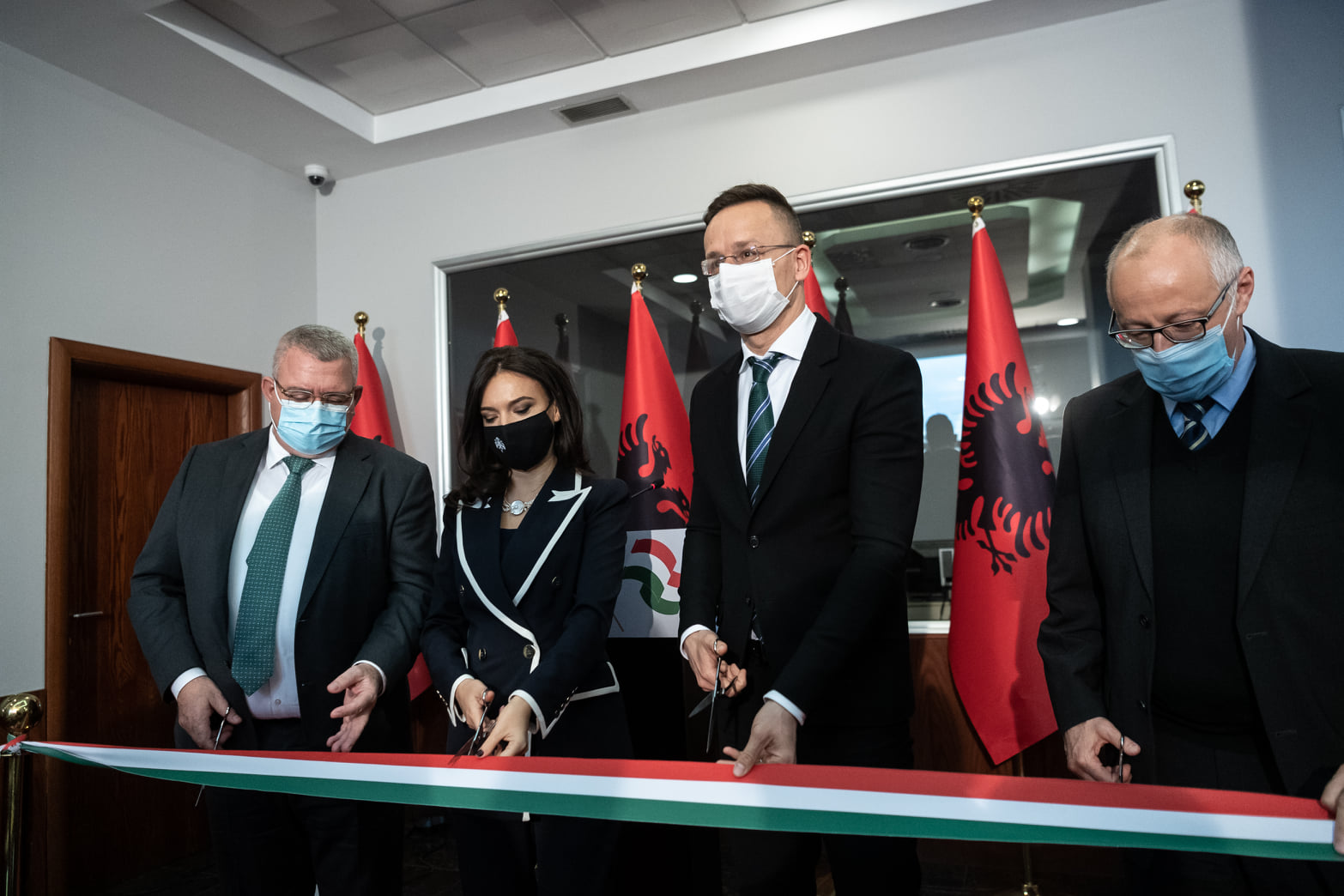 “In the current times of trouble there is no reason for arguing at length in favour of having representative offices all over the world,” the minister said at the ceremony.

He noted that last year, after the outbreak of the Covid-19 pandemic, the diplomatic missions had played a crucial part in what was “Hungary’s largest repatriating operation of all times”.

Cooperation between Hungary and Albania is based on friendship and mutual trust, he said, adding that the new consular office would help further boost bilateral relations.

Hungary has a vested security and economic interest in the success of Western Balkan nations, Szijjártó said, adding that the government supported Albania’s endeavours for European integration, and Hungarian companies’ efforts to play a growing role on the Albanian market.