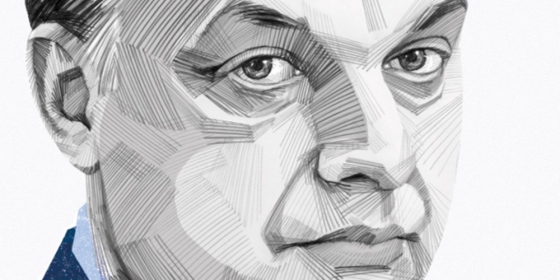 Mr. Orbán tops the list of 28 leading European political personalities, which includes people such as Bavarian Prime Minister Horst Seehofer, Scottish National Party leader Nicola Sturgeon, Princess Mabel of the Netherlands or Laura Codruţa Kövesi, chief prosecutor of Romania’s National Anticorruption Directorate. The site describes the “small-town rebel” Hungarian Prime Minister as a “conservative subversive” who is “impossible to ignore” and a politician who “shapes as much as fits the European zeitgeist”.

“The Orbán brand of politics is a new norm in Europe. You pick up Orbánesque notes from France’s National Front on the far-ish right, Spain’s Podemos on the left, Poland’s new conservative leaders, Italy’s Socialist Prime Minister Matteo Renzi, the Tories in Britain — even Donald Trump in America”, the website writes on the influence the Hungarian Prime Minister’s “winding career” has had on European politics. The article also points to his decision to build an anti-illegal immigration border fence on the country’s southern border as an example of shifting the debate on the refugee crisis faced by the continent. “European leaders once sought to ostracize him. He is now the talisman of Europe’s mainstream right”, the piece claims. “Orbán prods politics in an unsentimental direction. It may be more opportunistic than principled. Yet for now, the Orbán way is eye-catching, effective… and contagious”, the analysis argues.