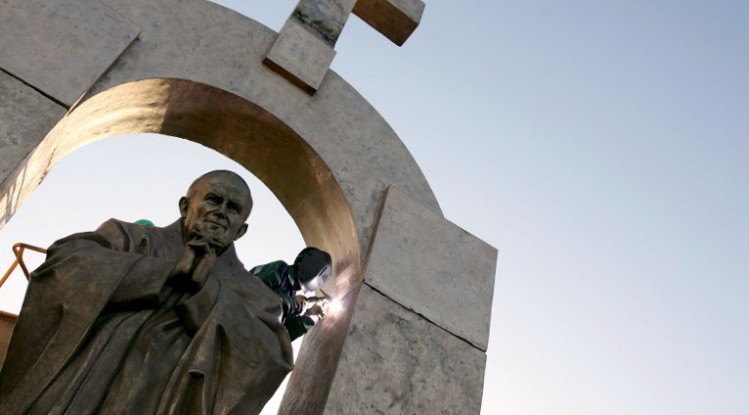 A statue of Pope John Paul II that has been condemned to demolition by a French court recently could be re-erected in Budapest’s District VIII after mayor Máté Kocsis gave his support to a citizens’ initiative on the matter. The artwork would have an ideal location on the district’s II. János Pál pápa tér, recently named after the late head of the Catholic Church, the mayor said.

Representative of the citizens’ initiative have contacted the leader of the French settlement currently home to the statue, a work of Russian sculptor Zurab Cereteli, and begun a collection to fund the statue’s transportation to Hungary, the daily Napi Gazdaság reports. The idea has also won the support of the district’s Fidesz-KDNP mayor Máté Kocsis, who said that the statue would have an ideal place on a large square in the Budapest neighbourhood named after the late pope.

Previously, the town of Tata in western Hungary had already indicated its readiness to receive the statue, for which mayor József Michl enlisted the support of the co-ruling Christian Democrats.

Rennes district court gave six months for the memorial in the town of Ploërmel in northern France to be removed. According to the court, the statue’s dimensions go against the secular French constitution and the country’s 1905 law on the separation of church abd state.