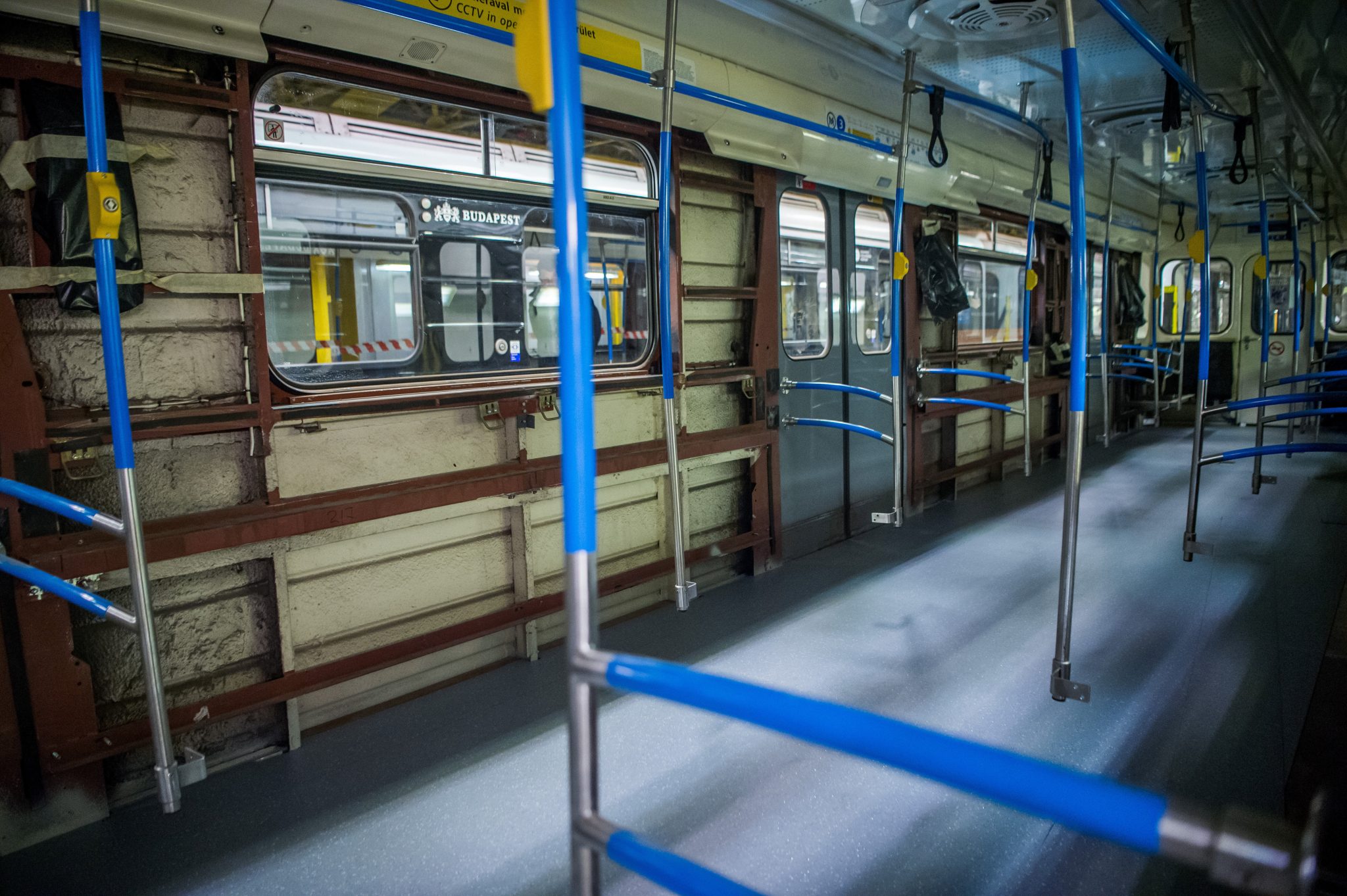 While Budapest Transport Company (BKV) insists that all the train cars coming in from Russian refurbishment for Metro 3 are safe and suitable for travel, there are still a number of controversies to unearth in connection with the refurbishment.

At the press conference, organized due to the negative news about the technical condition of the refurbished metro cars, leader of Budapest (BKV) Railway Operation Directorate József Héri, insisted once again that all the carriages are safe for travel.

He explained that the seal at the doors was inadequate, that it had let cleaning water to leak in between the bottom-plate and the floor, eventually resulting  in corrosion. This, lacking any visible sign, was only discovered when the trains were opened up. He explained that essential structural elements, such as the longitudinal and transverse metal elements were not corroded, only some square meters of the iron floor base had to be cut out and replaced, but it has no mechanical role, Héri revealed, adding that repair usually takes one month per carriage. 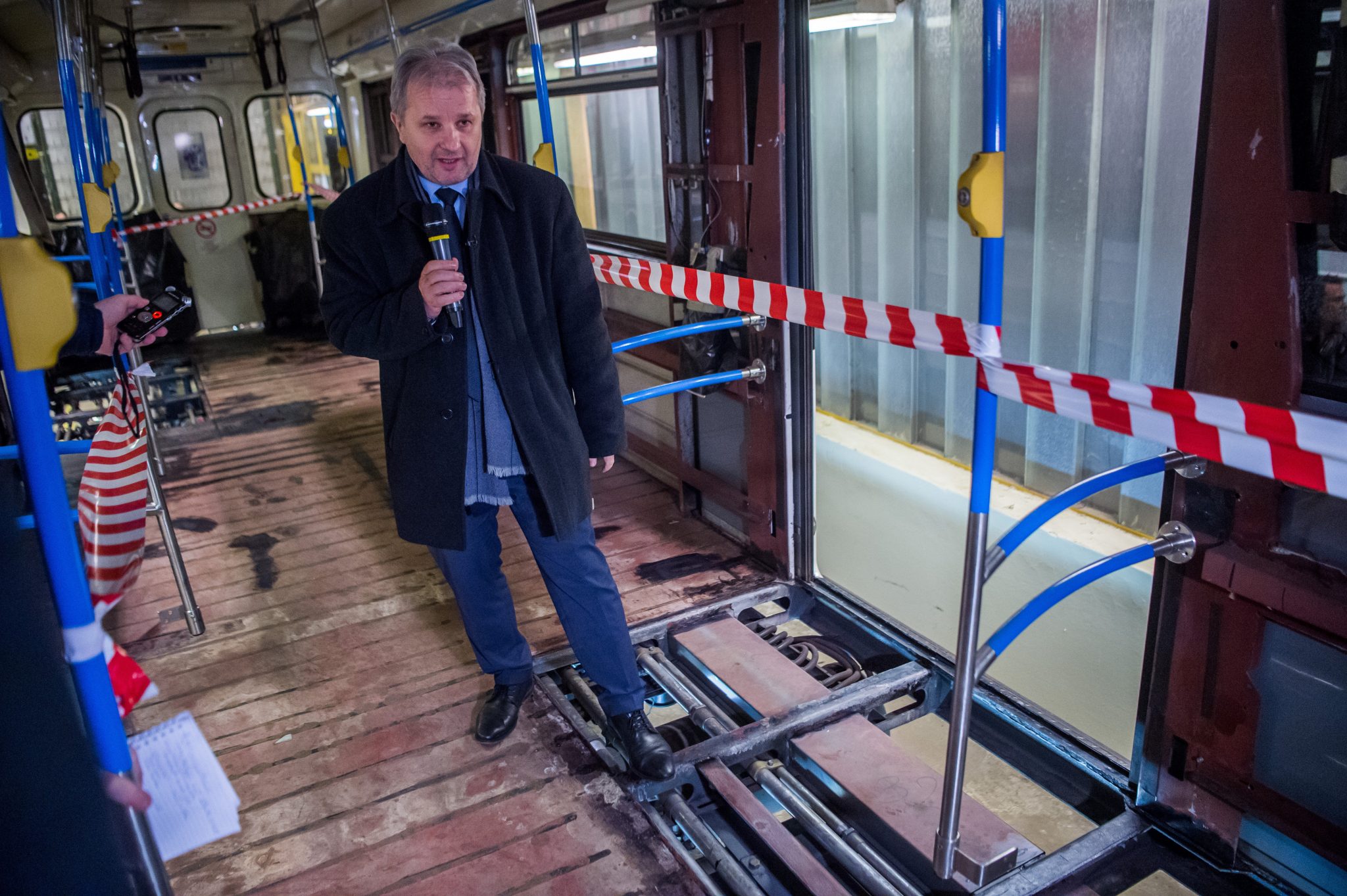 According to the President of the Association For the Metro (Metróért Egyesület), Endre Bíró, who is also a member of BKV’s directorial board, “it isn’t at all comforting to see corrosion signs on an increasing number of places on the refurbished Russian metro trains: on the roof, side panel, and at the threshold.”

It was revealed at the beginning of January that six of the first shipments of the refurbished metro carriages had to be taken out of circulation due to rust on their floor plates. That time, Metrowagonmash argued that after delivering the first 13 carriages (six wagons each), it had changed refurbishment technology; as a result, there should be no more problems with corrosion.

Meanwhile, in February, BKV sued Metrowagonmash for HUF 6 billion (EUR 17.8 million) — the total project cost HUF 69 billion (EUR 205 million) for BKV — due to the contractual penalty. BKV thought the Russian company owed money for the door problems, which resulted in the temporary suspension of the carriages in June 2017.

The condition of Metro 3’s carriages, however, are not the only controversy accompanying the renovation. Initially, Budapest’s Fidesz-backed leadership intended to buy brand new carriages – the central government, however, didn’t give it the green-light, having decided on the contribution to the capital’s loan only for refurbishment of the existing carriages.

Then the aforementioned Russian company, Metrowagonmash, competed with an Estonian company for the tender, that contrary to a perhaps better offer (longer warranty, cheaper deal), was excluded from the procedure under quesionable circumstances. Due to the Estonian company challenge of the decision, the kick-off of the project was delayed.

There has been suspicion and indirect proof that instead of refurbishing, Metrowagonmash, in fact, delivered new carriages. This is of importance, as the Russian company could hardly have won the tender amid a number of other competitors, had it been about the procurement of new carriages. This, however, is yet to cleared up in its entirety.

The refurbishment of Budapest’s Metro line 3 is planned to be completely finished by the end of 2022.