Companies owned fully by the Szombathely municipality are not allowed to raise the threshold of overtime work, an extraordinary meeting of the municipal assembly ruled on Tuesday.

Opposition assembly members of the Éljen Szombathely-Socialists-Democratic Coalition-Együtt alliance and of rightish Jobbik voted for the resolution at the meeting, while the councilors of ruling Fidesz-Christian Democrats (KDNP) did not attend.

The opposition also called on Szombathely’s MP, Csaba Hende of Fidesz, to initiate the scrapping of the recently passed Labour Code amendment raising the overtime threshold to 400 hours a year.

Szombathely’s ruling Fidesz-KDNP said in a statement that the ruling is “useless” and serves “nothing but whipping up political sentiment”.

Mayor Tivadar Puskás of Fidesz has already asked the municipality-owned companies to report on the overtime used recently and how much they plan to request in future. 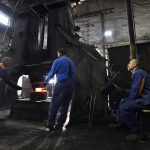