Hungary is ranked 19th in Europe and 24th worldwide in coffee consumption, roughly in a tie with the United States, both countries consuming about 3.1 kg per person annually.[1] The first 9 coffee consuming nations in the world are European countries, only Brazil made the top 10 in 2017 with a No. 10 ranking. There are nearly 20,000 brand-name coffee shops in 24 countries in Europe. The leading coffee consumption nation worldwide is Finland (9.6 kg/cap, i.e. 2.64 cups/day/person). Norway, Netherlands, Slovenia, Austria, Serbia, Denmark, Germany, Belgium follow. 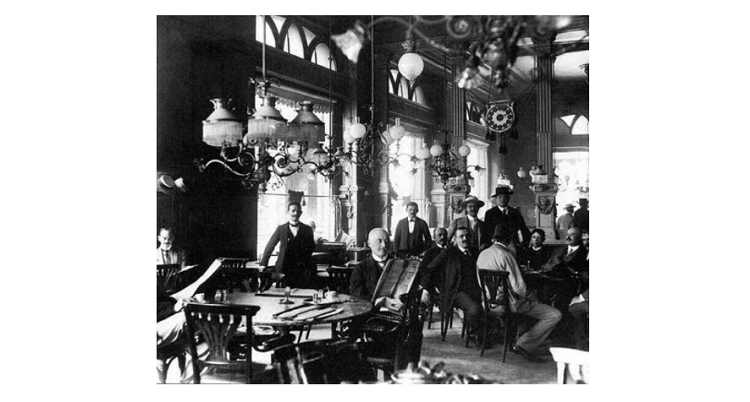 The Hungarian branded coffee shop market is predicted to grow at 4% p.a. over the next 5 years approaching 300 outlets by 2020.[2] Growth is driven by the national chain Café Frei (23 shops) opening 5 new stores and Costa (19) opening 4 additional stores. Starbucks added a further 2 stores and now trades from 11 altogether. Semiramis, roaster and traditional coffee chain, which operates from a 100% franchise model, remains the market leader operating an estimated 65 outlets across Hungary. However, coffee lovers (and I speak to many of them) often seem to prefer locally established and family-owned coffee shops.

McCafé follows with 37 outlets remaining the key influence on the market with respect to American lifestyle-led coffee culture. Starbucks would be the other American inspired boutique coffee shop, but it has not yet been able to establish itself as a major market player.

Compared with independents, branded coffee shops are expected to grow in importance and are considered by far the most profitable operators. Nevertheless, visits to coffee shops are still considered a luxury and are status driven as prices have been increasing for a cup of coffee. It is not unusual that some coffee creations are now costing in the neighborhood of 1,000 Fts, which translated to about 3.50-4 U.S. dollars. At airports, we have seen prices even higher, occasionally reaching 2,000 Fts for some specialty coffees, or 8 U.S. dollars.

How do we decide which coffee shop we want to visit? What are some of the considerations? Frankly, for me it is speed, flavor and reliability. But other factors might also play a role, such as a convenient rest room, comfortable arm chairs, daily newspapers, free additives like extra milk, cinnamon and nutmeg on the counter, and last, but not least, soft music (I like smooth jazz). I guess you already know which coffee shop I prefer to frequent, particularly when I am back in the United States – yes, you guessed it right: Seattle-born Starbucks is my favorite when I am in a hurry or I just want to have a decent cappuccino. But for the past few years, Starbucks has been chipping away my confidence as their stores are becoming somewhat commercial, often noisy with attendants being boisterous and flamboyant, which can be annoying. Another drawback with Starbucks (again, mostly in the United States and even at airports) is the long lines. Ideally, a coffee shop attendant should be disciplined, courteous and attentive.

In search for an alternative while in Washington, D.C., my daughter and I found a new upscale coffee shop called PAUL. PAUL has become our favorite place as it had a quaint French ambience. PAUL is a family-owned company established in France. PAUL now serves great coffee and bakery items to customers in more than 20 countries.

Well, speaking of other major cities: oh, those majestic cafes of Vienna: Central, Demel, Schwarzenberg (the oldest), Oberlaa, Sacher, Hofburg and Mozart. Sometimes we dream of getting up in the morning and driving the distance just to enjoy the ambience and a superb cup of their coffee delicacies and pastries.

When it comes to flavor and quality, an important factor is the type of beans used. Starbucks had a choice offered to their customers for a long time. Others just give you what they have in the machine, whatever that is. To me Segafredo was a disappointment with their red, black and green varieties. None of them have titillated our taste buds. The best coffee shops nowadays actually ask you what type of beans you prefer. They may even present a selection listed on their bulletin board or menu card at your table. But to choose the best, we need to know the basics. Illy continues to be the market leader in reliability and quality. What makes it interesting for us is that the creator Francesco Illy (Illy Ferenc) was a Hungarian from Temesvár. The company was founded in 1933 and was later led and expanded by Francesco’s son Ernesto Illy. Today, Andrea Illy is the Chairman, representing the third generation of family leadership. As of last year, the company was still expanding, with 1,177 employees worldwide.

Gerbaud, the New York Coffee House and Ruszwurm (my parents’ favorite when I was a kid) in the Castle Hill District are age-old unique gems in Budapest.

However, coffee culture is now rapidly changing in Budapest. According to Vogue Magazine, joints like My Little Melbourne have led the charge of this transformation since it has opened in 2012 at Madách tér.[4] Another boutique coffee shop next door is My Little Brew Bar. Tamp & Pull, with two locations, one of them in the neighborhood of the Great Market Hall—is another 2012-era pioneer. Espresso Embassy opened its doors close to the campus of Central European University and St. Stephen’s Basilica. Also part of the upper coffee echelon is Dose Espresso. Double Shot, on the tranquil Pozsonyi utca close to Margaret Island, is another. The same street is home to Ébresztő. Overall, there is a vast and expanding coffee market in Budapest.

On the Buda side, beyond the Castle District’s landmarks, there are some nice offbeat places to hang out with a decent cup of espresso or cappuccino. Kelet, with its book-lined walls, has long been a customer favorite, but now there is also Bruberi Coffee & Bakery for Aeropress coffees on a charming outdoor perch in ritzy Rózsadomb. There are espresso tonics at Kaffeine, close to the Mammut shopping mall on Lövőház utca, and on the upper level of the Batthyány tér market overlooking the Danube and Parliament. Angelika is also one to be mentioned. And Anna on the Pest side has been renowned as a meeting place for dates or just a daily chat. And the list goes on.

But other cities and towns in Hungary have recently caught up nicely as well. Practically all Hungarian cities and towns have nice upscale cafes by now. But my favorite coffee houses are in Balatonfüred and Veszprém. Bergmann in Balatonfüred takes first prize, Kedves is known more as a traditional cafe and Karolina should be praised as the new-age gourmet coffee house of the highest of standards, which serves as a pastry shop as well. 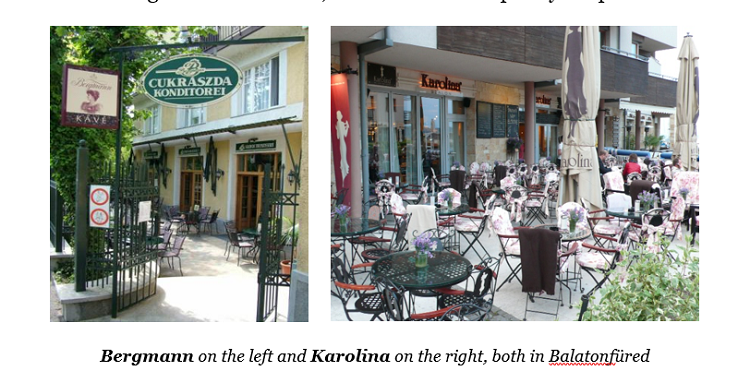 Once in Veszprém, one should visit Mackó coffee and pastry shop, the Archiepiscopal (Érseki) Coffee House, Hangvilla Cafe and Koko, which is a cafe and family-owned pastry shop in one. And, of course, scores of other Hungarian cities and towns have superb coffee shops nationwide that are proliferating by the day.

There is an old American saying: “Wake and and smell the coffee!” We Hungarians need to be open to the new trends in coffee consumption habits that are spreading around the world, just like we need to be open to new worldwide trends in other disciplines. As Sándor Márai said, there would be no literature without coffee houses. There is nothing more refreshing and stimulating to your mind and body than a “cup of fekete.” 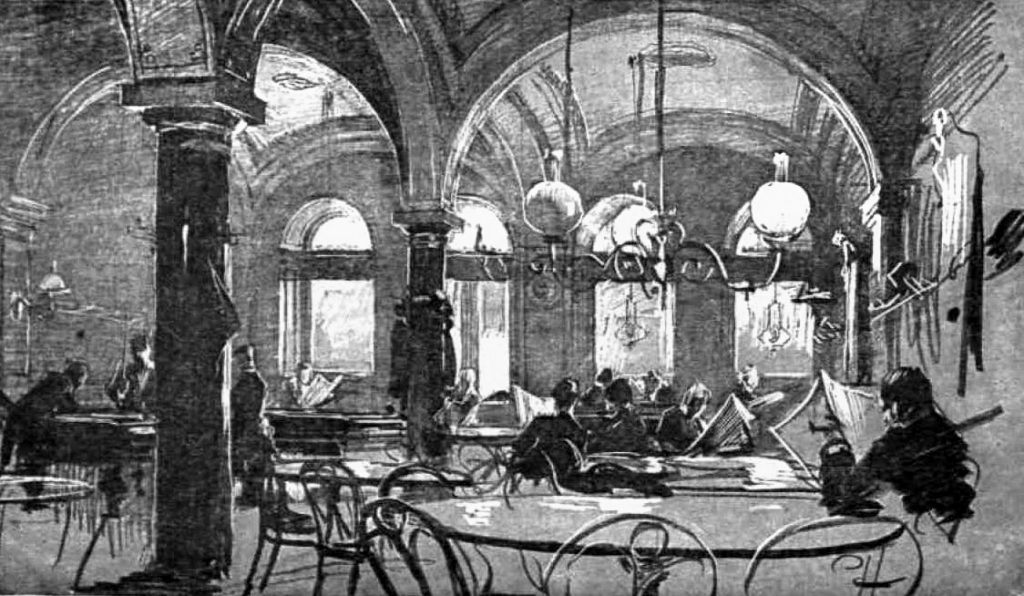 Is it possible to win a revolution with coffee? Even if a successful outcome is not guaranteed, many revolutions have nevertheless started in a café or a pub. Let’s think of the great French Revolution, the American Civil Revolution, and last but not least, the Hungarian Revolution and the War of Independence in 1848-1849. There […]
Dániel András Vargha 2022.03.15. 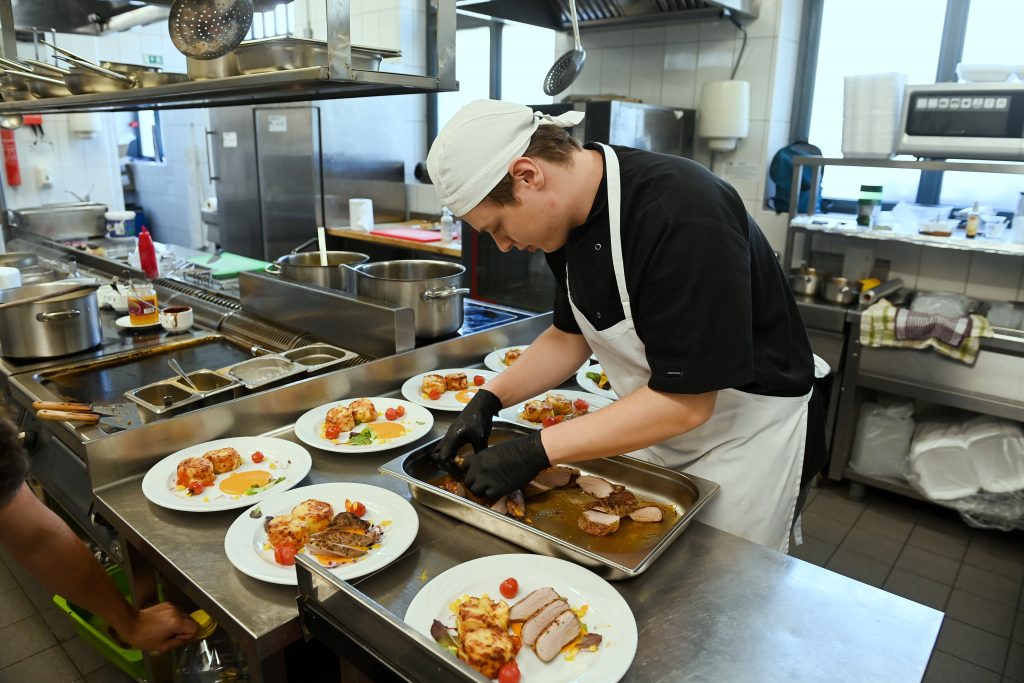 The new coronavirus restrictions are expected to once again impact the hospitality industry negatively. The government has therefore offered tax cuts and financial aid to firms; for the restaurant and related industries 50% of gross wages, for hotels, 80% of missed revenue from bookings. Will this keep the sector afloat? Feast on this In restaurant […]
Balázs Frei 2020.11.12.